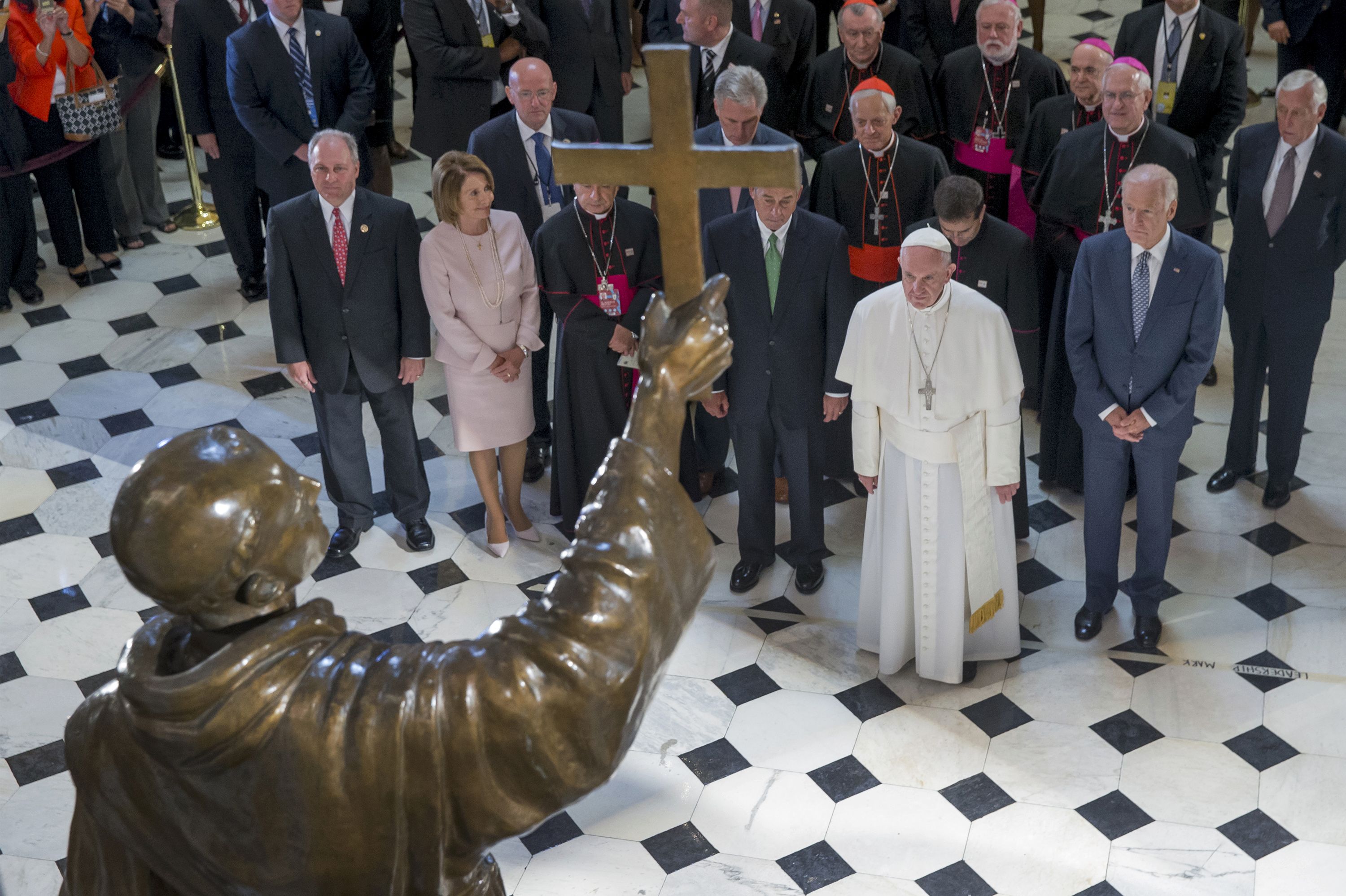 CARMEL, Calif.-- Vandals defaced a statue of Father Junipero Serra at the Carmel Mission, where the remains of the recently canonized missionary are buried, police said Sunday.

The Mission said a statue of Serra and other historic statues in the courtyard were toppled. Photos posted on the Mission's Facebook page show someone wrote "Saint of Genocide" on a stone.

The vandalism appeared to be focused on the gravesites of interred Europeans, not those graves of Native Americans, Powell said.

It happened on the eve of a ceremony at the Mission to commemorate Serra that was attended by about 1,000 people, said Erica Yanez, spokeswoman for the Diocese of Monterey.

"By the 11 a.m. Mass the vandalism had been cleaned out by volunteers," Yanez said.

Serra introduced Christianity and established settlements as he marched north with Spanish conquistadores through the land that would become California. In 1769, he established his first mission in San Diego. He would go on to found numerous additional missions, including San Francisco. The missions taught religion and farming.

The Franciscan missionary has also been portrayed as a "brutal" missionary.

Many Native Americans say the missions cut their ancestors off from their traditional languages and cultures, enslaved those who converted to Christianity and brought disease that led to the mass extermination of Indian populations.

Vatican officials have defended Serra, saying that he worked in defense of Native Americans, often intervening to spare them from the more brutal colonial officials.

The Rev. Vincenzo Criscuolo, a Franciscan at the Vatican's saint-making office, said it was important to look at Serra as "a man of his time" who, like many others at the time used corporal punishment as an educational tool.

"It is not to be excluded, but it wasn't 'genocide,' it wasn't a death penalty," he told reporters.

UC Riverside history Professor Steven Hackel told CBS Los Angeles, "Spanking or some sort of physical aggressiveness, that was their way of correcting wayward people. And, of course, in today's world we would consider that to be unacceptable."

In defense of Serra, Father Thomas Rosica, a deputy Vatican spokesman, told "CBS This Morning," "Canonization does not proclaim someone perfect without blemish, without sins... I think we should be careful in terms of the judgments that we're passing on him."