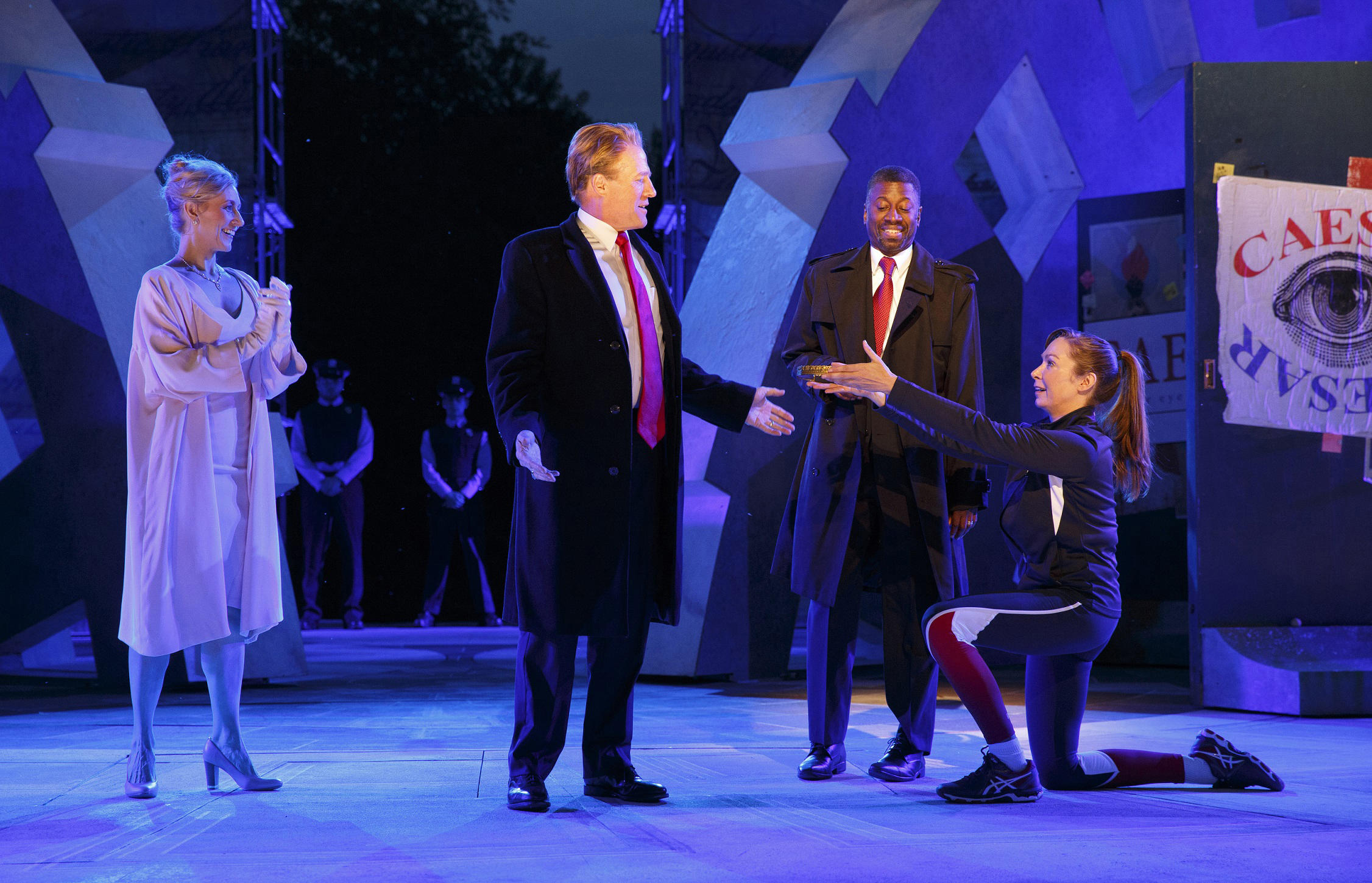 NEW YORK -- Delta Air Lines and Bank of America have announced that they are pulling their sponsorship of a Manhattan-based theater company's portrayal of Julius Caesar as a Donald Trump look-alike in a business suit who gets knifed to death on stage.

Atlanta-based Delta released a statement on Sunday saying it was pulling its sponsorship from The Public Theater "effective immediately."

"No matter what your political stance may be, the graphic staging of Julius Caesar at this summer's Free Shakespeare in the Park does not reflect Delta Air Lines' values," the statement said. "Their artistic and creative direction crossed the line on the standards of good taste."

Though the Public's version of William Shakespeare's classic play is unchanged from its 400-year-old original, the production portrays Caesar with a gold bathtub and a pouty Slavic wife. President Trump's name is never mentioned. The theme of the play is a lesson on how badly things go awry when people see fit to kill their leader. In the second act of the play, chaos ensues, and society falls apart.

Later Sunday night, Charlotte, North Carolina-based Bank of America said it was withdrawing its funding for the production.

"The Public Theater chose to present Julius Caesar in such a way that was intended to provoke and offend," the bank said in a tweet. "Had this intention been made known to us, we would have decided not to sponsor it."

"Thank you Delta and Bank of America," Eric Trump said. "This was the right thing to do."

American Express said it was not pulling funding, which the company said didn't go toward Shakespeare in the Park, but in a statement Monday said, "we do not condone this interpretation of the play."

Performances at Central Park's Delacorte Theater began in late May, just days before comedian Kathy Griffin was widely condemned for posing for a photograph in which she gripped a bloodied rendering of Mr. Trump's head.

Oskar Eustis, the Public Theater's artistic director who also directed the play, said in a statement Sunday that "anyone seeing our production of 'Julius Caesar' will realize it in no way advocates violence towards anyone."

On Monday, the Public said in a statement that it stands "completely behind" its production. The nonprofit theater that prides itself on its innovative and challenging work said it was aware that the play has "provoked heated discussion" among audiences, sponsors and supporters.

"We recognize that our interpretation of the play has provoked heated discussion; audiences, sponsors and supporters have expressed varying viewpoints and opinions," the statement said. "Such discussion is exactly the goal of our civically-engaged theater; this discourse is the basis of a healthy democracy."

On Sunday, Donald Trump Jr. retweeted a Fox News story about the play and wrote, "I wonder how much of this 'art' is funded by taxpayers? Serious question, when does 'art' become political speech & does that change things?"

On Monday, the National Endowment for the Arts, which has had its federal funding threatened under Mr. Trump's administration, said in a statement that none of its funds have gone toward the Public's production. It added that "no NEA funds" are supporting the New York State Council on the Arts' grant to the Public or its performances.

"Julius Caesar" tells a fictionalized story of a powerful, popular Roman leader who is assassinated by senators who fear he is becoming a tyrant. It is set in ancient Rome, but many productions have costumed the characters in modern dress to give it a present-day connection.

The production runs through June 18.