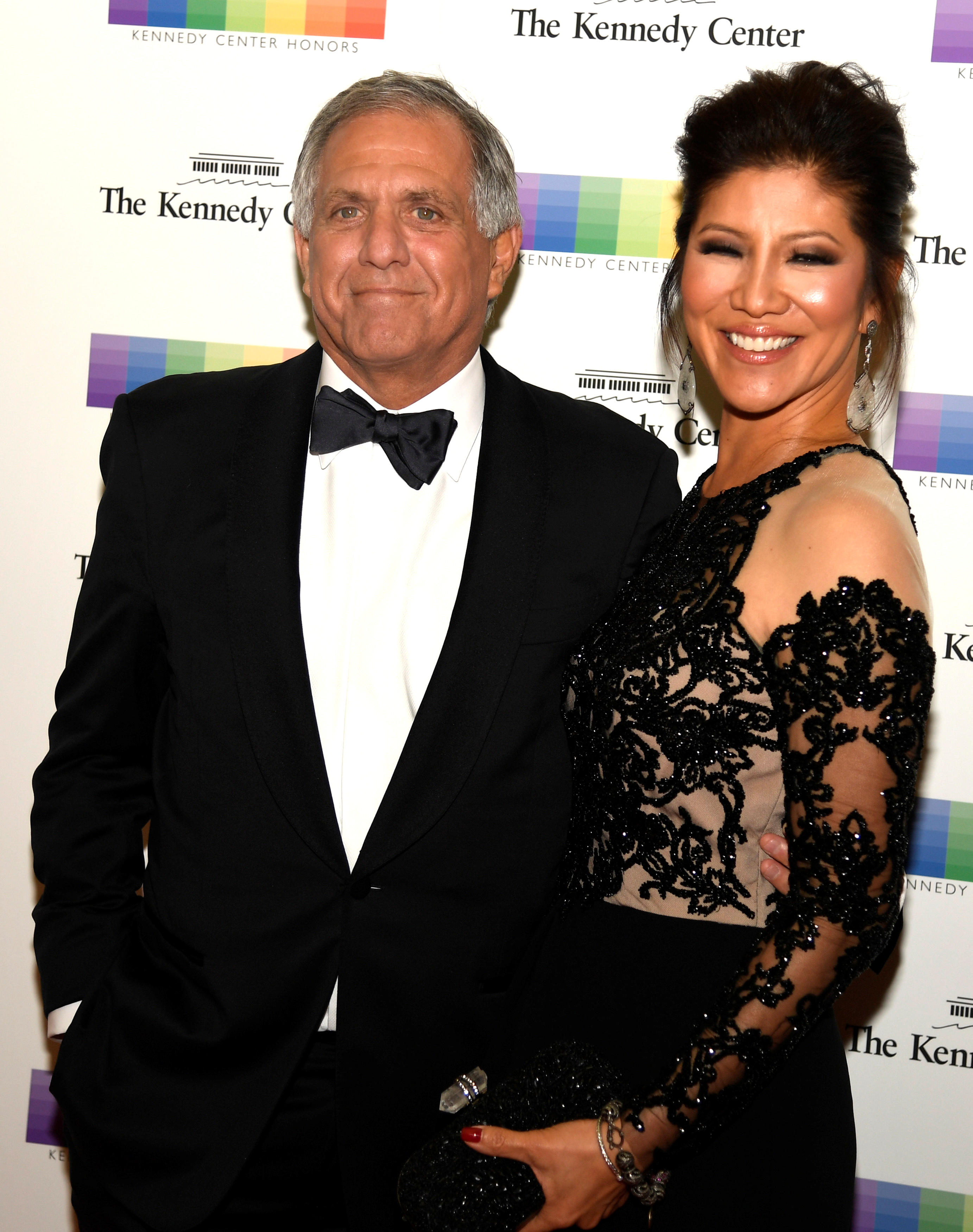 Three days after an investigation by Ronan Farrow in The New Yorker alleged numerous incidents of sexual misconduct on the part of CBS CEO and Chairman Les Moonves, his wife, Julie Chen, used her seat on the panel of the CBS daytime talk show "The Talk" to address the controversy.

Chen walked out onto the stage smiling and waving to the crowd before enthusiastically introducing Monday's celebrity co-hosts.

Chen, who has been married to Moonves for 14 years, then turned to the camera and said, "Some of you may be aware of what's been going on in my life the past few days. I issued the one and only statement I will ever make on this topic on Twitter. And I will stand by this statement today, tomorrow, forever."

As the crowd cheered, she said, "That's it," and continued on with the daily fare of the show.

The statement Chen is referring to appeared on her Twitter account at 6:14 p.m. on Friday evening, shortly after Farrow's report was published online.

"Leslie is a good man and a loving father, devoted husband and inspiring corporate leader," it said. "He has always been a kind, decent and moral human being. I fully support my husband and stand behind him and his statement."

Moonves said in a statement that he has always abided by the principle that "no means no" and he denies ever misusing his position to harm anyone's career.

CBS' board of directors is meeting Monday for a previously scheduled gathering. The network has hired a law firm to conduct a separate investigation into claims of misconduct, which it says will include the allegations in the New Yorker article.