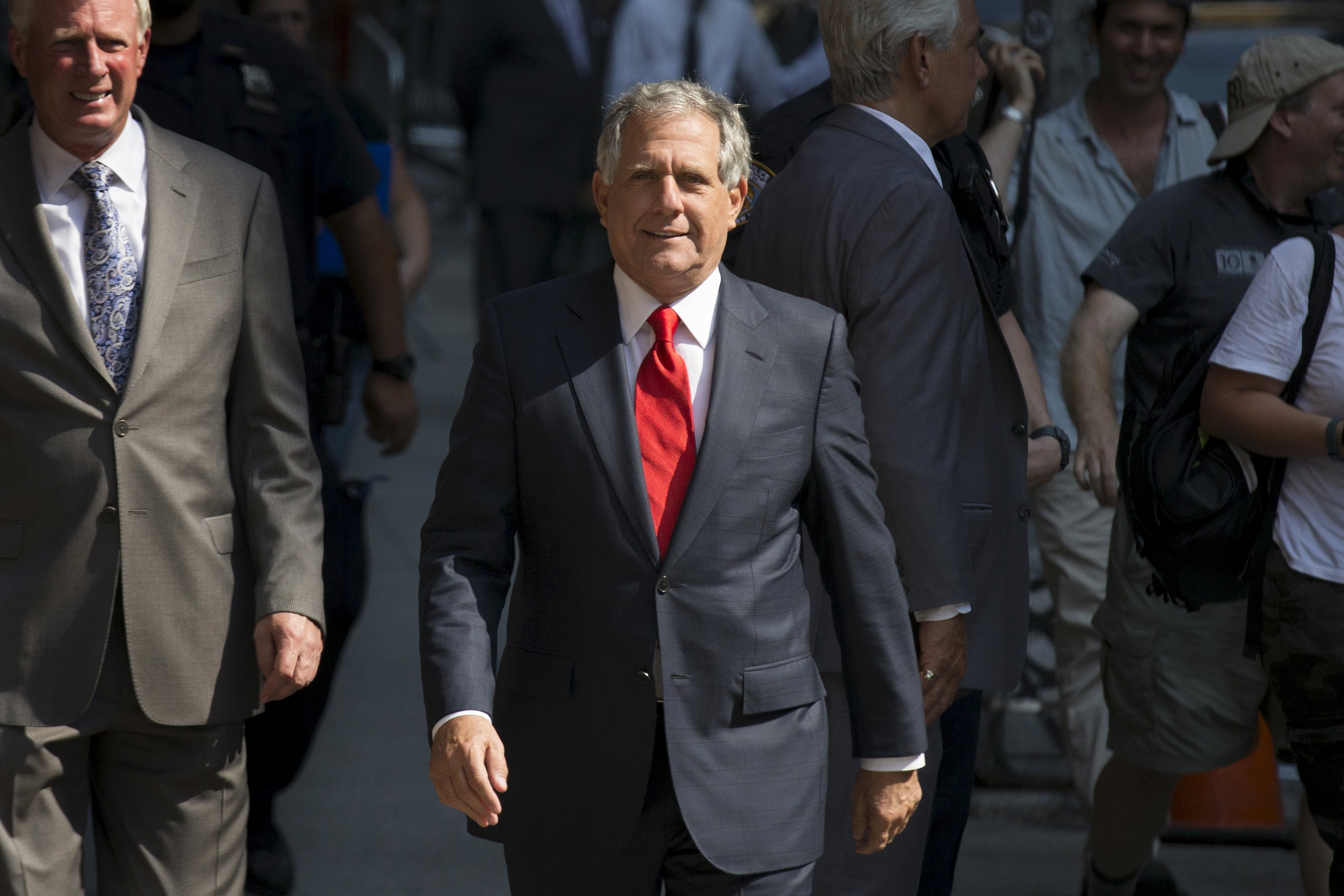 The regularly scheduled gathering of CBS' board of directors on Monday comes after a New Yorker report Friday, alleging that "six women who had professional dealings" with CEO Les Moonves said he sexually harassed them between the 1980s and early 2000s. The report also said that 19 current and former employees claim former CBS News chairman and current "60 Minutes" executive producer Jeff Fager "allowed harassment" in the news division.

Both men have denied allegations of wrongdoing, and the Independent Directors of CBS said Friday they are investigating the claims.

In one alleged incident, actor and producer Illeana Douglas said she went to Moonves' office for a script meeting in 1997, where she says the executive held her down on his couch, "violently kissing" her. She said, "the physicality of it was horrendous."

Douglas believes the alleged incident "derailed any future career I would have had at CBS." Late Saturday, she added: "Real change will occur when I can walk through the front doors of CBS and resume the creative relationship that was so tragically cut short."

The New Yorker story goes on to allege that six former CBS employees said Fager would get drunk at company parties and "touch employees in ways that made them uncomfortable."

On Sunday, Ronan Farrow, the author of the New Yorker story said he spent eight months vetting the women's accounts.

"These are women who began coming to me immediately after the Harvey Weinstein story," Farrow told CNN. "We have vetted and re-vetted these sources and my honest impression is that these stories are not only true, but also not fueled by any kind of opposition research."

CBS News has hired a law firm to conduct a separate investigation into claims of misconduct, which it says will include the allegations in the New Yorker article.

Moonves says he has always abided by the principle that "no means no" and he denies ever misusing his position to harm anyone's career.

Fager, for his part, called it "wrong that our culture can be falsely defined by a few people with an axe to grind."

The story comes at a time when CBS is in a legal battle with Viacom. Shari Redstone is a major shareholder of both media companies, and has been seeking to combine them.

Moonves has fought the merger.

"The timing of this report comes in the midst of the Company's very public legal dispute," a statement from CBS' independent directors said Friday. "While that litigation process continues, the CBS management team has the full support of the independent board members. Along with that team, we will continue to focus on creating value for our shareowners."