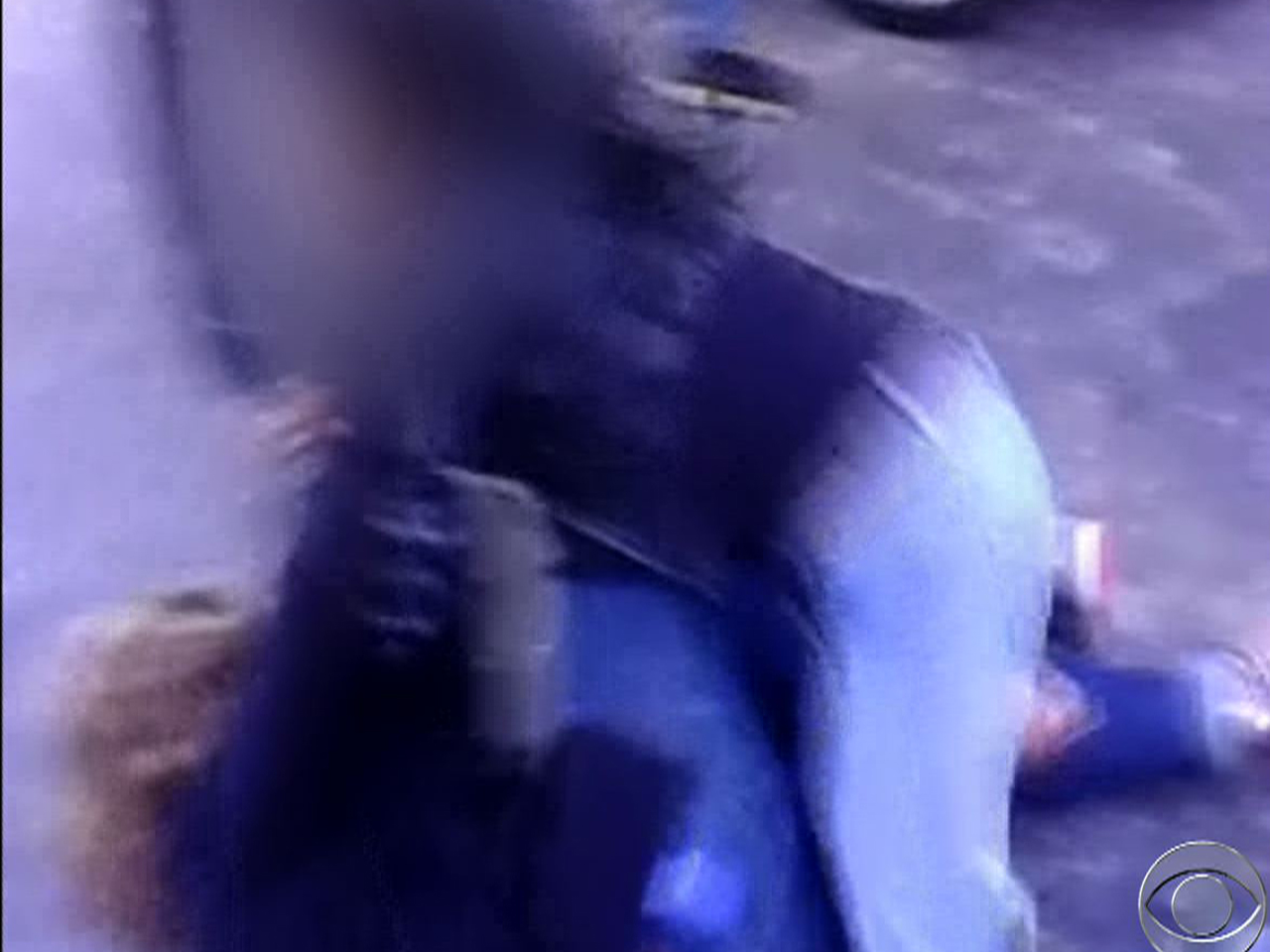 He banned the teenage attacker from the area's public schools, but that decision put school officials in an unusual position.

Two months ago, Aria Jewett was lured into a fight near her middle school.

"I tried to walk away," Jewett said. "I didn't even know it was coming."

The cell phone video of the assault is hard to watch. Her attacker, another 14-year-old eighth grader, slammed Jewett's head into a stone wall. After she fell, defenseless, the attacker sat down and beat her repeatedly. Jewett estimates 30 kids watched.

"She had everyone else videotape it," Jewett said. "She had the girl bring me over there. She probably had this planned."

Jewett suffered a fractured skull. Her attacker was arrested for aggravated assault, and removed permanently from Oceanway Middle School in Jacksonville.

Jewett said her attacker has a history of videotaped assaults like this. She claims to have seen five of them, "and she still never got expelled or anything."

Jewett's family asked Florida circuit Judge Henry Davis to protect their daughter. His ruling about the attacker surprised even them.

"This child is a threat to all of the children at any school. The injunction is a permanent injunction barring this child from returning to any public school in Duval County," Davis wrote in his ruling.

But the school district's superintendent, Nikolai Vitti, said the judge went too far.

"I don't think we should use the bad decision that children make outside of school as an example or scapegoat to make a message," Vitti said.

"I believe the perpetrator should be provided the same opportunity," Vitti said. "It's a tough decision, but my role as superintendent is to support the law."

A lawyer for Jewett's attacker told CBS News in a statement: "Our goal is to return our client, a child, to a public school so she can complete her studies for this academic year."

Just last week, a Florida appeals court suspended the order banning her from all Duval County schools. She could be back in class on Monday.