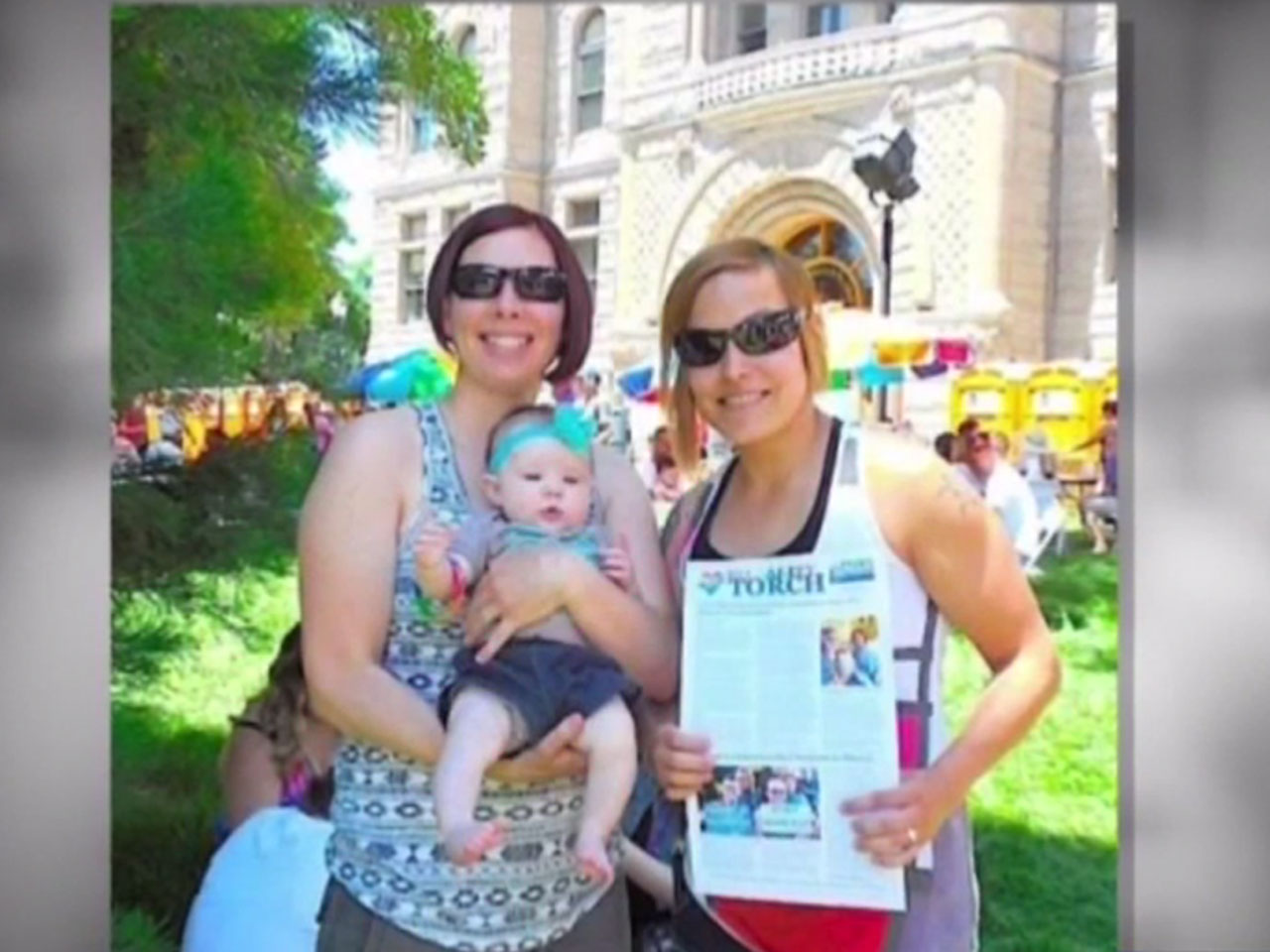 SALT LAKE CITY -- A federal judge has ordered the state of Utah to list the names of a lesbian couple on a birth certificate as the mothers of their new baby.

U.S. District Judge Dee Benson said Wednesday the case wasn't hard to decide in the wake of the U.S. Supreme Court ruling legalizing same-sex marriage. Lawyers with the American Civil Liberties Union say the ruling is the first of its kind since gay marriage was legalized.

Angie and Kami Roe of West Jordan said in their lawsuit on the issue that the state should treat wedded lesbian couples the same as heterosexual couples who use sperm donors to have children. State attorneys countered that Utah law declares a husband is automatically the father in cases of assisted reproduction but that doesn't extend to same-sex unions.

State law automatically recognizes a husband as a father in assistant reproduction cases, but the Utah attorney general's office contends that doesn't extend to same-sex couples because child bearing is legally different from marriage.

"It is a fact that a non-biologically related female spouse can never be the biological father of a child," state attorneys wrote in court documents. "It is a biological impossibility for a woman who does not give birth to a child to establish paternity of a child through the act of birth."

The state says the decision legalizing same-sex marriage in all 50 states doesn't change that, though the Roes argue birth certificates are among the rights of marriage mentioned in the high court ruling.

"They are being treated very differently than any other couple would be treated," said the couples ACLU attorney Leah Farrell to CBS affiliate KUTV before the ruling.

The state says allowing a wife to claim parentage on a birth certificate could throw off state record-keeping and disrupt the ability of authorities to identify public health trends.

State attorneys say the step-parent adoption process gives same-sex couples a solid legal avenue to become legal parents, and it's a practical necessity so the rights of the sperm donor can be terminated.

The Roes counter that the adoption process takes months and costs hundreds of dollars, and it's unfair to make them go through it, according to their lawyers with the American Civil Liberties Union of Utah.

They sued after hospital staff members refused to take their birth certificate paperwork shortly after Kami Roe gave birth in February and Utah officials told them one mother must adopt the baby as a step-parent.

Similar cases have come up in Iowa and Arkansas, said family law expert Douglas NeJamie. He expects to see more, especially in states such as Utah that had sought to keep laws banning same-sex marriage on the books.

Many states have similar laws governing artificial insemination that had previously not applied to same-sex unions because the rules were specific to married couples, said NeJamie, a professor at the University of California, Los Angeles.

"This is an easy way to actually try and discriminate against same-sex couples," he said.