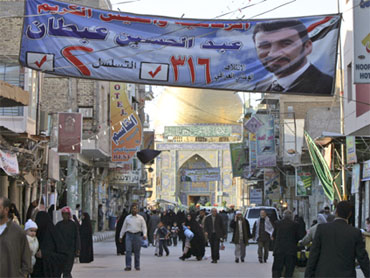 A federal judge ruled invalid Wednesday a $450 million settlement between a small patent holding firm and the maker of BlackBerry e-mail devices, Research in Motion Ltd.

The ruling by U.S. District Judge James R. Spencer is a victory for NTP Inc., an Arlington company that contends the technology behind the popular BlackBerry infringes on its patents.

Canada's RIM had sought to uphold the settlement, which was reached earlier this year. NTP argued that it was never finalized.

As expected, Spencer also denied RIM's request to delay the case while awaiting word from the U.S. Patent and Trademark Office, which is re-examining NTP's patents. The patent office has preliminarily rejected the patents at the core of the lawsuit.

Spencer's decisions raise more uncertainties for BlackBerry users in the United States, where most of the company's 3.65 million customers are based. The judge could next consider re-issuing an injunction that threatens to shut down BlackBerry service in this country.

However, analysts and industry observers expect RIM could be backed into a corner and forced to settle for a sum as high as $1 billion.

"It was pretty much as predicted, and it indicates that Judge Spencer is going to move swiftly to conclude the case," said James H. Wallace Jr., an attorney for NTP. "We would hope that these developments would bring the parties back to the table to resolve this matter."

When asked whether U.S. BlackBerry users might see an end to their service, Wallace remarked that RIM officials "own the keys to their own jail."

An attorney for RIM did not immediately return a telephone message.

The Nasdaq market halted trading of BlackBerry's shares just before the ruling was made public.

Spencer said he would be communicating with both parties to set up a hearing date and briefing schedule "on the remaining issues of injunctive relief and appropriate damages."

The judge has grown impatient with the long-running patent case.

During a Nov. 9 hearing, he said that he had spent enough of his "time and life involved with NTP and RIM." On Wednesday, he expressed similar frustration.

"Drawn out discovery disputes, claim construction issues, multiple motions for summary judgment, countless pretrial motions, and many evidentiary objections set the tone for a complex, contentions path toward a resolution of this case," Spencer wrote in his opinion.

NTP was co-founded by Thomas J. Campana Jr., a Chicago-area engineer who in 1990 created a system to send e-mails between computers and wireless devices. He helped form NTP to protect his work.

In 2002, a federal jury in Richmond agreed that RIM had infringed on NTP's patents and awarded the smaller company 5.7 percent of U.S. BlackBerry sales. Spencer increased that rate to 8.55 percent. The amount of damages and fees had reached $210 million at last count.