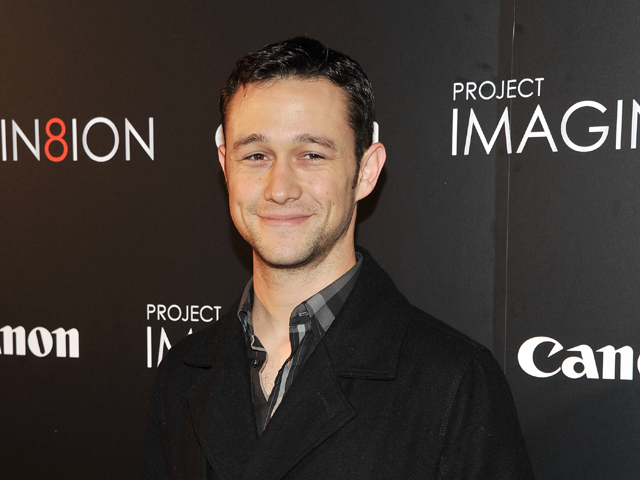 (CBS) Joseph Gordon-Levitt is stealing the viral thunder from Justin Timberlake and Mila Kunis, as the latest star to be asked out on video.

So will the actor who infiltrated dreams in "Inception" make a fan's dream come true?

The "50/50" actor, who attended the New York screening of Bryce Dallas Howard and Ron Howard's "When You Find Me" for Canon's "Project Imagin8tion," said he was caught off guard by the offer and flattered by the kind gesture.

"Right on," he told CBS News. "I don't know what that means, I don't really follow all that stuff, but maybe I will check out the video... That's nice."

Read More: Gordon-Levitt latest star to be asked out on video

Lindsey Miller, 26, who was diagnosed with pancreatic neuroendocrine cancer, was so moved by Gordon-Levitt's performance as a cancer survivor in "50/50" that she uploaded the YouTube video, titled "Will Joseph Gordon-Levitt Have Coffee With Me?" on her blog along with a post.

"OK, I admit: It's ridiculous," Miller said. "And it feels like I'm making a big leap from being an anonymous cancer 'liver' a few months ago to now starring in my own video. But, life is short. So, why not?"

Gordon-Levit has just wrapped up filming "The Dark Knight Rises" in New York City and joked that he was the one responsible for shutting down traffic on the top level of the Ed Koch Queensboro (59th Street) Bridge.

He said of the filming: "It's beautiful, it's really nice to see an artist like Mr. Nolan, who has such a dignified creative process working on the largest of scales that Hollywood has to offer. It's really cool. "

What else is in store for Gordon-Levitt besides a possible java-date with a well-deserved fan?

He will be heading to Virginia to work on Stephen Spielberg's upcoming film, "Lincoln," in which he will play Robert Todd Lincoln, son of Abraham Lincoln (played by Daniel Day-Lewis).