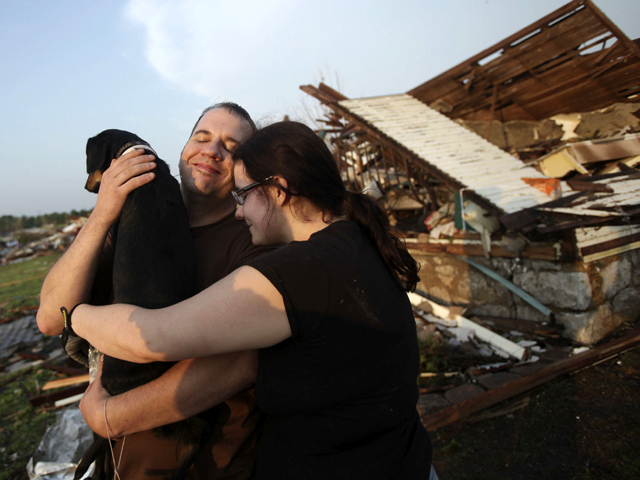 A devastating tornado destroyed the southwest Missouri city of Joplin during last weekend.

The death toll from last week's twister has now surpassed 130 people, and there are still dozens missing. Much of the city was leveled, and many Missourians are now homeless and lost their possessions to the storm.

Below is a list of some non-profit agencies and ways viewers can respond to Sunday's disaster:

--Sending "JOPLIN" via text message to 80888 will charge $10 to your next cell phone bill to distribute to The Salvation Army (You will need to reply "yes" when asked.)

--Sending "TORNADO" via text message to 20222 will charge $10 to your next cell phone bill to distribute to World Vision, a Christian relief organization responding to both the Joplin tornado and Sunday's tornado destruction in Minnesota.

--Feeding America, a group that works with food banks, says each donated dollar it receives will result in seven meals for victims and rescuers in Joplin: http://feedingamerica.org/

--The Salvation Army can be reached here: https://secure20.salvationarmy.org/

--Missouri's State Emergency Management Agency links on its website to a page with non-profits that operate in the state and provides tips to avoid scams here: http://www.sema.dps.mo.gov/recover/donations.asp

The American Red Cross created a web page for survivors in Joplin to notify family members and for family members to search a list of who's registered on the site.