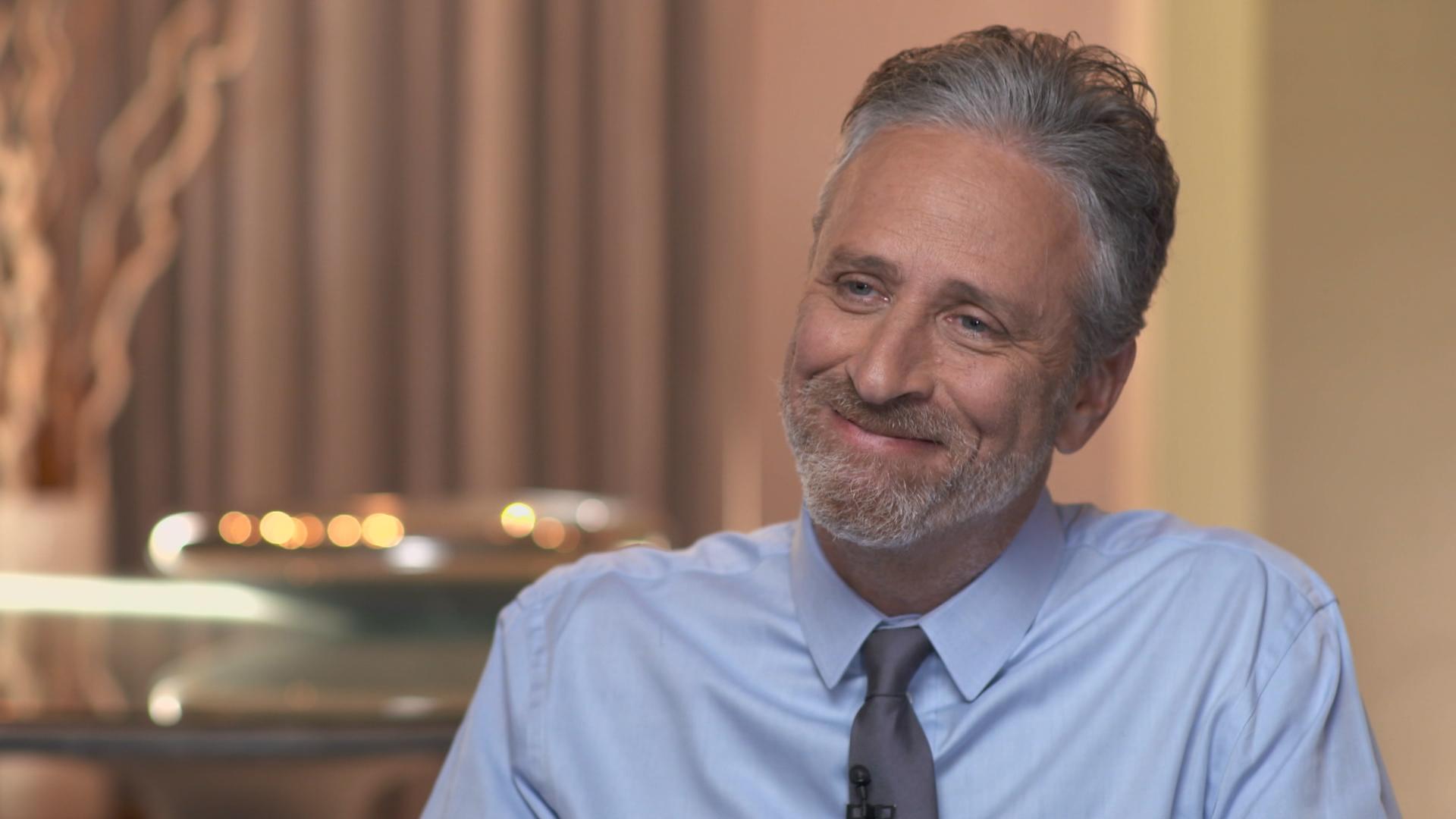 After Jon Stewart left “The Daily Show” last summer, much of the presidential campaign went on without his unique and satirical point of view.

He spoke with “CBS This Morning” co-host Charlie Rose Wednesday to discuss his new book about the more than 16 years he spent at the Comedy Central program, but he was also quick to give his post-election analysis.

“We just went through an election,” Rose said.

“Yes. Your reaction to this election? Surprise?” Rose asked.

“In surprise… I mean it,” Stewart said.

“It all ties together... Here’s what I would honestly say. I don’t believe we are a fundamentally different country today than we were two weeks ago,” Stewart said. “The same country with all its grace and flaws, and volatility, and insecurity, and strength, and resilience exists today as existed two weeks ago. The same country that elected Donald Trump elected Barack Obama. I feel badly for the people for whom this election will mean more uncertainty and insecurity. But I also feel like this fight has never been easy. And the ultimate irony of this election is the cynical strategy of the Republicans, which is: ‘Our position as government doesn’t work. We’re going to make sure… that it doesn’t work.’”

“But they’re not draining the swamp. McConnell and Ryan, those guys are the swamp. And what they decided to do was, ‘I’m going to make sure government doesn’t work and then I’m going to use its lack of working as evidence of it,” Stewart said. “Donald Trump is a reaction not just to Democrats, to Republicans.”

Stewart said Donald Trump is “not a Republican,” but a “repudiation of Republicans.”

“But they will reap the benefit of his victory, in all of their cynicism and all of their -- I will guarantee you Republicans are going to come to Jesus now about the power of government,” Stewart said.

What struck him most about this election, Stewart said, was that no one challenged Trump’s campaign slogan: “Make America great again.”

“He wants to make America great again… But nobody said to him, ‘Well, what is it that makes America great?” Rose asked.

“What is it you want to do that we’re not doing now?” Rose asked.

“What are the metrics? Because it seems like from listening to him, the metrics are that it’s a competition. And I think what many would say is what makes us great is -- America is an anomaly in the world,” Stewart said. “Nobody -- there are a lot of people, and I think… his candidacy has animated that thought -- that a multi-ethnic democracy, a multicultural democracy is impossible. And that is what America by its founding, and constitutionally is -- unlike every other state.”

“But do you think, it’s healthy that we have this now, that in fact this battle, this real sense of finding out… who we are?” Rose asked.

“Yes, but I also don’t…” Stewart began before Rose added to his question, “And whether we have gone off track in some way?”

“Absolutely. You know... I would rather have this conversation openly and honestly than in dog whistles. You know, somebody was saying there might be an anti-Semite that’s working the White House.” And I was like, ‘Have you listened to the Nixon tapes?’” Stewart said, laughing. “Like, forget about advising the president, the president. Like, have you read LBJ? Do you know our history?”

Stewart added that we must “caution ourselves to the complexity of that history.”

“I thought Donald Trump disqualified himself at numerous points. But there is now this idea that anyone who voted for him is -- has to be defined by the worst of his rhetoric,” Stewart said. “Like, there are guys in my neighborhood that I love, that I respect, that I think have incredible qualities who are not afraid of Mexicans, and not afraid of Muslims, and not afraid of blacks. They’re afraid of their insurance premiums. In the liberal community, you hate this idea of creating people as a monolith. Don’t look as Muslims as a monolith. They are the individuals and it would be ignorance. But everybody who voted for Trump is a monolith, is a racist. That hypocrisy is also real in our country.”

Stewart said America wages a fight “against ourselves” because it is not “natural.”

“Natural is tribal. We’re fighting against thousands of years of human behavior and history to create something that no one’s ever-- that’s what’s exceptional about America and that’s what’s, like, this ain’t easy,” Stewart said. “It’s an incredible thing.”

The classical swimming art of the samurai