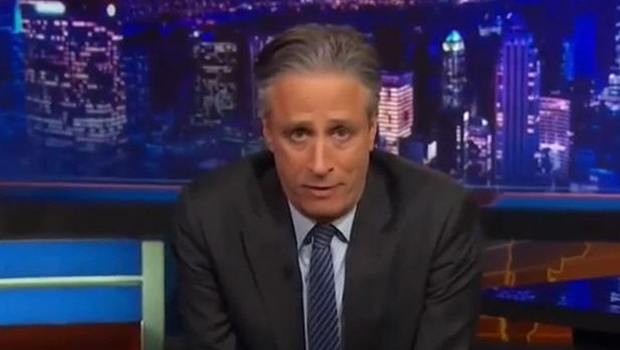 Conan O'Brien and Jon Stewart both opened their late-night shows Wednesday by addressing the attack on the French satirical newspaper Charlie Hebdo that left 12 people dead.

On "The Daily Show," Stewart said that comedy shouldn't be an "act of courage."

He called the attack a "stark reminder that for the most part the legislators and journalists and institutions that we jab and ridicule are not in any way the enemy. For, however frustrating or outraged the back and forth can become, it's still back and forth conversation of those on, let's call it Team Civilization."

He returned to the subject again at the end of the show:

On "Conan," O'Brien told viewers the news "hits home for anyone who, day in and day out, mocks political, social and religious figures."

"In this country we just take it for granted that it's our right to poke fun at the untouchable, or the sacred," he added. "But today's tragedy in Paris reminds us, very viscerally, that it's a right some people are inexplicably forced to die for."

When asked about the news Wednesday during the Television Critics Association winter press tour, Tina Fey called the attack and the hacking surrounding Sony Pictures' "The Interview" a reminder of the importance of free speech. "Even if it's just dumb jokes in 'The Interview,' we have the right to make them," she said.

And Louis C.K., performing a stand-up show at New York's Madison Square Garden, took to the stage in a shirt that had the words "Charlie Hebdo" written on it.