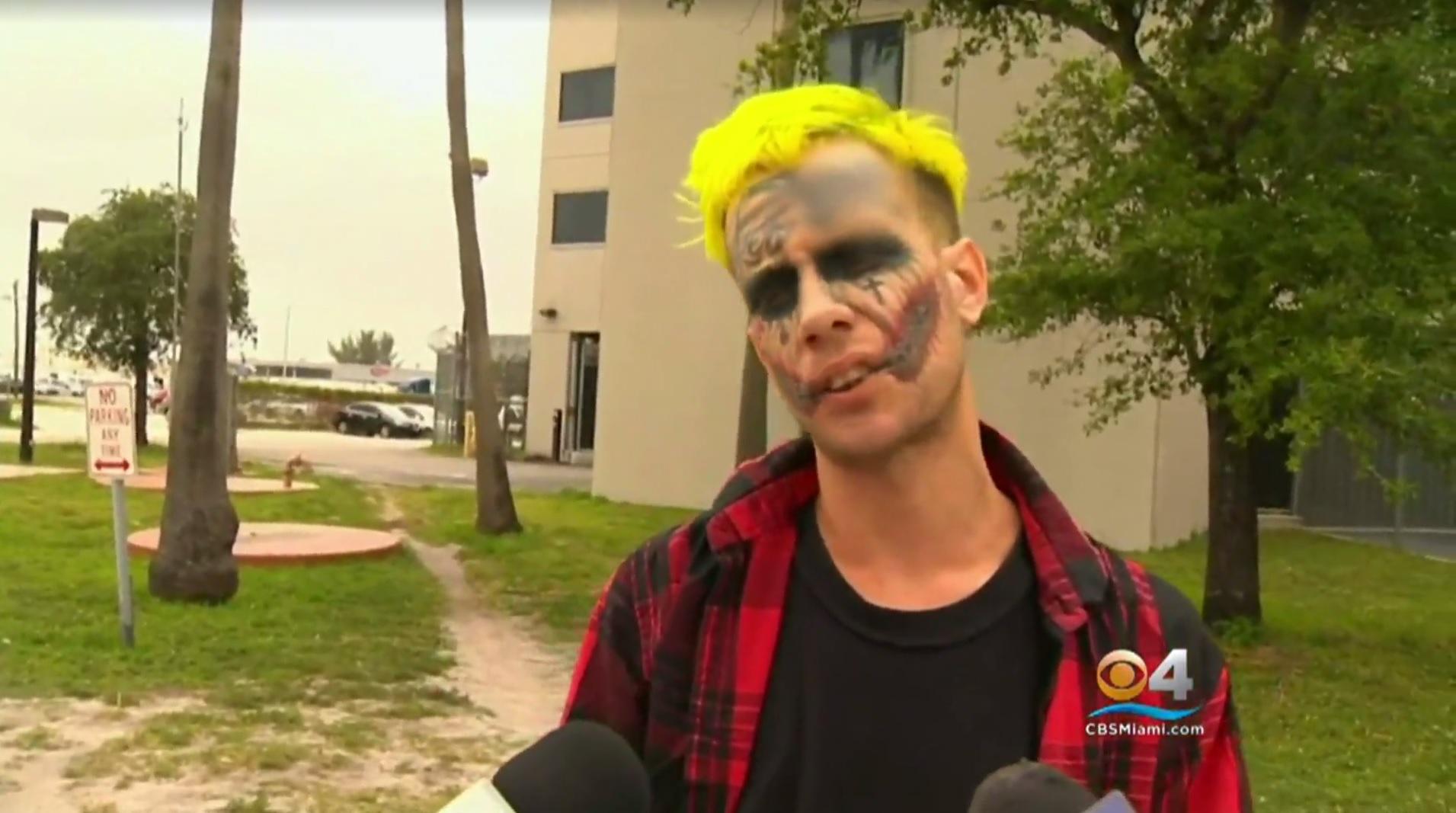 FORT LAUDERDALE, Fla. -- The man dubbed the "Joker" for his tattoos that resemble the comic book character, is in trouble with the law again, CBS Miami reports.

This time, 29-year-old Lawrence Sullivan is charged with possession of marijuana which is a misdemeanor.

This is the second time in a little more than week that he's been arrested.

Sullivan was arrested by police last week in southwest Miami-Dade after they received reports of a man with facial tattoos and green hair pointing a gun at passing cars.

When an officer arrived, he spotted Sullivan who fit the description, walking out of the front gates of a nearby apartment complex.

The officer questioned Sullivan while conducting a pat-down. He reportedly found a Smith & Wesson .380 in one of Sullivan's pockets and arrested him on a charge of carrying a concealed weapon.

"If I was waving a gun, yeah, I will admit it. I was not waving a gun. Did I have a gun in my pocket? Yes and I want to be safe," said Sullivan.

Sullivan said his time behind bars in last week's arrest was memorable.

"I was treated like a celebrity inside," Sullivan said after bonding out. "I was on the psych floor cause I take medications."

With a face full of tattoos and green hair, Sullivan touted his good side.

"Ask the police officers that arrested me how polite I was, did not curse them. They treated me real respectful. They are really good cops," said Sullivan.

After bonding out last week, Sullivan said he just wanted to go home and relax before his next court date.

Sullivan, whose distinctive look is reminiscent of Jared Leto's Joker in "Suicide Squad," mixes and matches his representations of various Jokers on his face.

On each of his cheeks, he has a tattoo that looks as if his mouth has been split ear to ear and then stitched back together. The tattoo is similar to the imagery in the "The Dark Knight," where the late Heath Ledger portrayed the Joker.

The word "Joker" is scrawled on the right side of Sullivan's forehead while the left side has a tattoo of The Batman logo with the words "F**K Batman" on the wings and dagger piercing the bat's heart.

And if that was not enough, there's a "666" and an upside down cross tattooed just in front of his right ear.

His family said he recently put tattoos on his face as an expression of his artistic side.

"He's a good kid. You know. He has a lot of tattoos. But he's a nice kid with some problems. He is mentally disabled and is handicapped," his mother said.

Records show Sullivan was arrested four years ago for a marijuana charge.