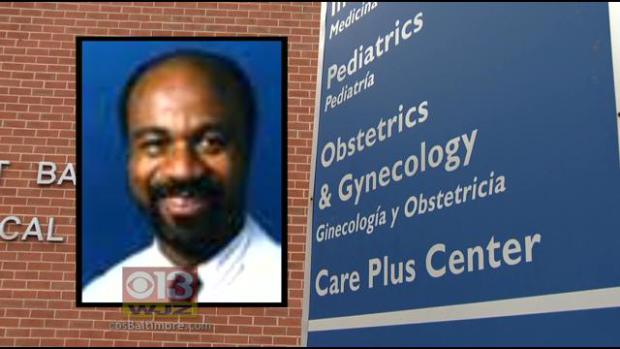 BALTIMORE -- Johns Hopkins Hospital has agreed to a $190 million settlement with more than 8,000 patients of a gynecologist who secretly photographed and videotaped women's bodies in the examining room with a pen-like camera he wore around his neck, lawyers said Monday.

Dr. Nikita Levy was fired in February 2013, days after an employee alerted hospital authorities about her suspicions and he was forced to turn over the camera. He committed suicide ten days later. Investigators discovered roughly 1,200 videos and 140 images stored on a series of servers in his home.

The agreement is one of the largest settlements on record in the U.S. involving sexual misconduct by a physician.

It all but closes a case that never produced criminal charges but threatened the reputation of one of the world's leading medical institutions and, according to lawyers, traumatized thousands of women, even though their faces were not visible in the images and it could not be established with certainty which patients were recorded or how many.

Johns Hopkins declined to comment to The Associated Press ahead of a planned announcement later Monday.

Baltimore police were called in by Johns Hopkins just before Levy's firing. They and federal investigators said they found no evidence he shared the material with others.

A class-action lawsuit on behalf of more than 8,000 of his patients who contacted lawyers was brought against Johns Hopkins last fall, alleging the hospital should have known what he was up to.

Some women told of being inappropriately touched and verbally abused by Levy, according to Schochor. In some cases, women said they were regularly summoned to Levy's office for unnecessary pelvic exams.

Myra James, 67, had been going to him for annual exams for 20 years. Since his misconduct became public, she hasn't been to a gynecologist once.

"I can't bring myself to go back," James said. "You're lying there, exposed. It's violating and it's horrible, and my trust is gone. Period."

The AP normally does not identify possible victims of sex crimes, but James agreed to the use of her name.

The settlement, involving eight law firms, is subject to final approval by a judge. A forensic psychologist and a post-traumatic stress specialist interviewed the plaintiffs and placed each woman into a category based on trauma level. That will determine how much money each one will receive.

Hopkins issued a statement in October saying it was working to settle the claims in a way that "helps our patients and colleagues move forward."

Levy, 54, graduated from the Weill Cornell Medical College in Manhattan, and completed his internship and residency a Kings County Hospital Center. He began working at Hopkins in 1988. When the allegations came to light, he was working at Hopkins East Baltimore Medical Center, a community practice affiliated with Johns Hopkins Hospital. During his 25-year tenure, he saw roughly 12,600 patients.

Schochor said there is no way to identify which patients were recorded without having them "sit around a table and try to identify sexual organs without pictures of faces," something the lawyer said would be impossible and could cause the women more distress.

His suicide - by wrapping his head in a plastic bag with a hose connected to a helium tank - frustrated everyone who wanted to know his motives and see him face justice.

Levy left a suicide note with a message for his wife, saying he did not want to ''see her suffer with the truth'', according to CBS Baltimore WJZ's news partner, the Baltimore Sun.

Hopkins sent out letters to his entire patient list last year apologizing to the women and urging them to seek care with other Hopkins specialists.

But hundreds were so traumatized that they "dropped out of the medical system," and some even stopped sending their children to doctors, Schochor said.

James said her dealings with Levy were always unsettling. She said she found it strange that he conducted examinations without a nurse present.

"He was cold, and I was kind of scared of him. His bedside manner - he didn't have any," she said. "But all my doctors were at Hopkins. I've had two surgeries there, my primary doctor is there. I was used to going there for everything."