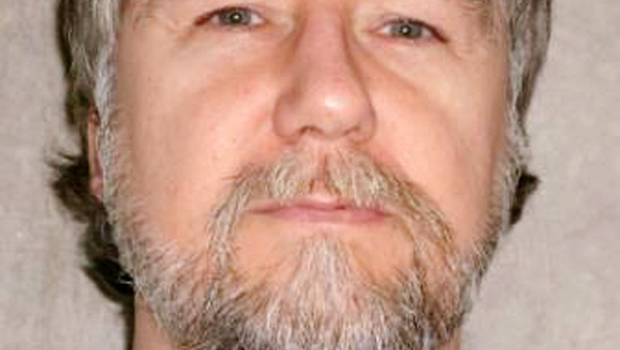 McALESTER, Okla. -- Oklahoma on Tuesday executed a 48-year-old man convicted of the 1998 stabbing death of a horse trainer from Ringling.

Johnny Dale Black was pronounced dead at 6:08 p.m. Tuesday at the Oklahoma State Penitentiary in McAlester. He was the second inmate executed by the state in the past two weeks and the sixth put to death in Oklahoma this year.

At a hearing before the state Pardon and Parole Board last month, Black begged forgiveness for his actions. But he insisted that he was merely trying to defend his brother, Jimmy Black, from Pogue. The brothers had approached Pogue and Lewis after mistaking their car for that of someone else they had been searching for.

"I deserve to be punished for what I did, but not for defending my family," Johnny Black told the board in November.

About 15 minutes before the execution, fellow death row inmates began banging the doors of their cells in a tribute to the condemned man.

Witnesses to the execution included Black's mother, his attorney and a spiritual adviser. Four members of the victim's family also attended.

Before the lethal drugs were administered, Black, who was lying on a gurney with needles attached to both arms, made eye contact with his mother, and both shook their heads affirmatively.

"This isn't accomplishing anything," Black said. "It's just another death, another family destroyed." Black did not apologize to the victim's family or acknowledge the crime he was convicted of.

Looking at his mother, Black said, "I love everybody. I love you. You can count on that, Momma."

As the lethal drugs were administered, Black took several deep breaths as his mother wept.

The victim's family did not make a statement after the execution. But Oklahoma Attorney General Scott Pruitt said Black was sentenced to death by a jury of his peers "for the murder of an innocent grandfather and upstanding member of the community."

Pogue's relatives and friends had petitioned the board last month to carry out the execution instead of commuting Black's death sentence to life in prison without parole.

"What will bring justice in this tragic case? How can atonement be made for this hideous murder?" wrote Pogue's widow, Lonnetta. "No mercy was shown to Bill on that fateful night. He got no second chances at life.

"I ask you, board members, to let justice be done," she wrote.

"Tell me how, as the only surviving victim, that I can explain the feeling of being the one that survived," Lewis said. "Tell me how to explain to my son - who was 18 days old when this happened - how his daddy couldn't save his granddad."

Pogue's son, Charles Pogue, told the board how the family has battled through bouts of depression and "extreme anger" since Pogue was killed.

"Dad got to be a grandfather for 18 days before his life was taken," Charles Pogue said. "Unfortunately, my two daughters never got to meet their pops.

"I also haven't had the heart to tell them what happened that evening. It's hard to figure out how to tell a 12 and 5-year-old about how evil a person can be," he said.

Black was previously convicted of manslaughter for the 1984 death of Cecil Martin, 49. Black served nine years of a 15-year sentence in that case.