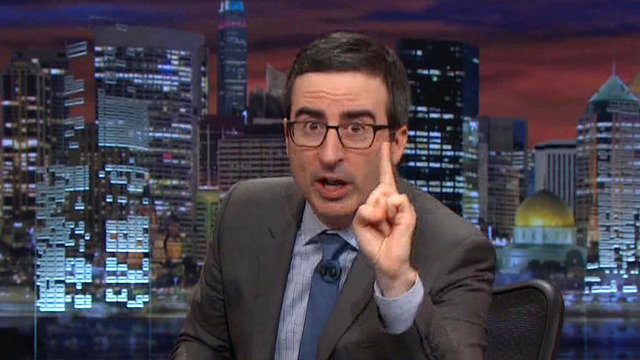 As John Oliver and the folks at "Last Week Tonight" point out, the #OscarsSoWhite controversy is a big deal this year, but that doesn't mean issues of race in casting are anything new for Hollywood. In fact, it's something of a not-that-proud tradition. But Oliver's team wants to know, simply, how is Hollywood whitewashing still a thing?

As the biting segment points out, it's not just that there aren't enough quality leading roles for non-white actors. It's also that Hollywood has a nasty tendency to cast white actors in non-white roles or to take stories about non-white cultures and center them around a white protagonist. The producers of the clip seem particularly mystified by the Tom Cruise drama "The Last Samurai."

And just in case anyone thinks this is a dying practice, Oliver and Co. are quick to point out such recent racial head-scratchers as Christian Bale and Joel Egerton in "Exodus: Gods and Kings," Emma Stone in "Aloha" and Gerard Butler in the upcoming "Gods of Egypt." It's almost like Hollywood executives have never actually seen anyone from Egypt before.

"Maybe all of this would be less egregious if every time an actor of color took on a traditionally 'white' role, half the country didn't go apes**t," the clip observed, offering examples like the recent "Annie," "Fantastic Four" and "Star Wars: the Force Awakens" reactions.