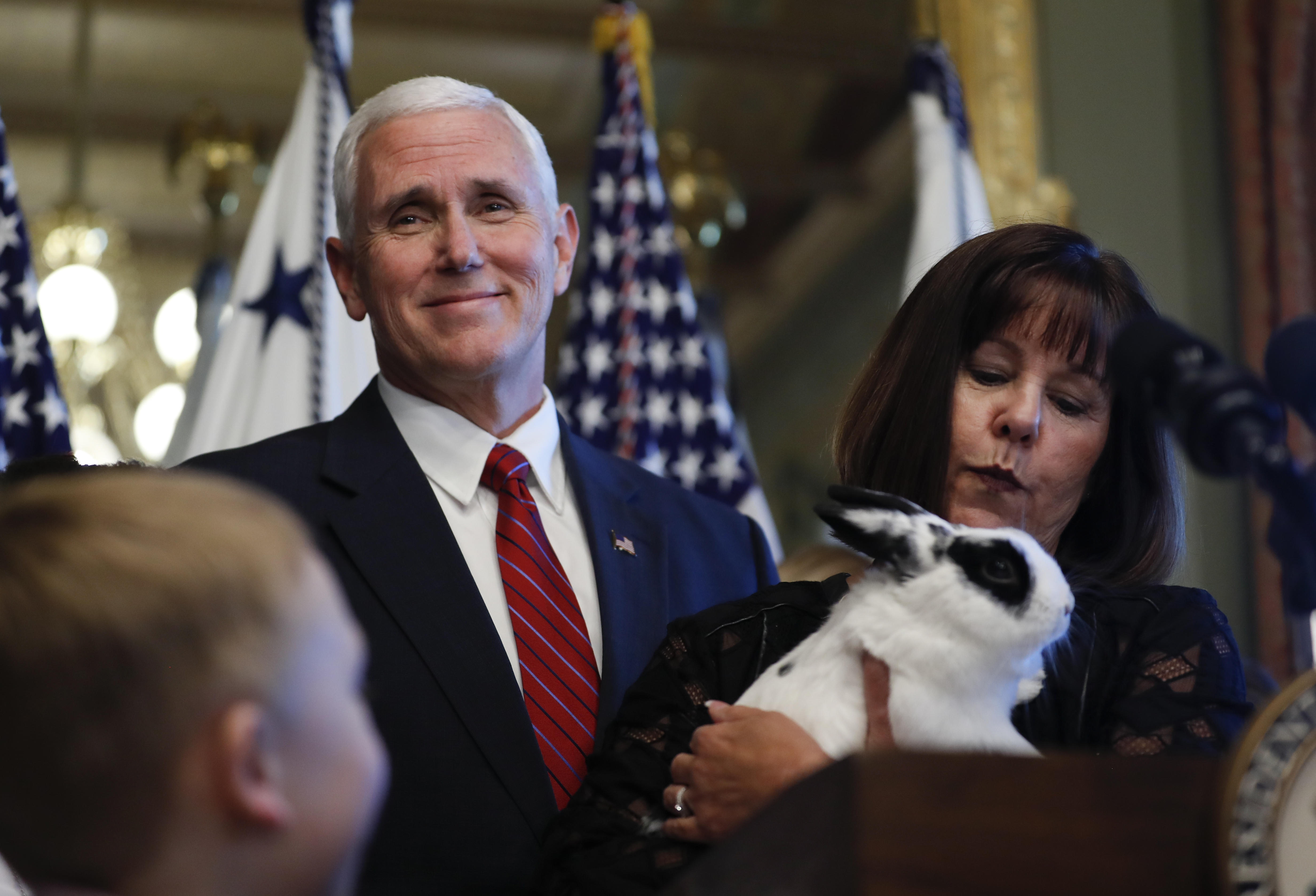 The original Bundo book was penned by Pence's daughter Charlotte Pence and illustrated by second lady Karen Pence. Bundo will be touring the country (it's not clear which Pence will be taking him on tour), with a stop at the Focus on the Family, a conservative religious organization that had a homosexual conversion therapy program until 2009. It was the Focus on the Family tour stop that raised Oliver's hackles, and inspired him to create his own book — "A Day in the Life of Marlon Bundo" — in response.

"So congratulations, Pence, you even managed to ruin Marlon Bundo," Oliver said. "Now, none of us can enjoy a book about your rabbit—or can we?"

Oliver took some literary liberties with his version of Bundo's life: the late night host made the protagonist bunny gay, jabbing at Pence's social conservatism, which has put him at odds with the LGBTQ community.

"Now, there are a few small differences between the two books. You'll notice right away that our rabbit has a bow tie. So there's that," Oliver said on Sunday. "Also, our story is about Marlon Bundo falling in love with another boy rabbit, because our Marlon Bundo is gay, just like the real Marlon Bundo."

Oliver released his book Sunday, just one day ahead of the original book's scheduled publication date of March 19.

Oliver's book had already topped the Amazon bestseller chart by Monday morning and is available for purchase on Amazon and at betterbundobook.com, with all of the proceeds going to AIDS United and the Trevor Project, a nonprofit helping prevent suicide among gay youth. It has surpassed sales of fired FBI Director James Comey's book, "A Higher Loyalty," which comes out on April 17 and had been #1. The Pences' book is #6 on Amazon.

"Do you want the regular Bundo book or the better Bundo book?" Oliver joked.

The audiobook is also available at Audible.com and features readings by gay icons like RuPaul and Jesse Tyler Ferguson.

"And that may be completely clear about this. This is actually a book for children. This is a real book for children," Oliver said. "This isn't some adult book telling Mike Pence to go f**k himself, although in buying it, that's exactly what you would be doing. This is a sweet story about Marlon Bundo falling in love."