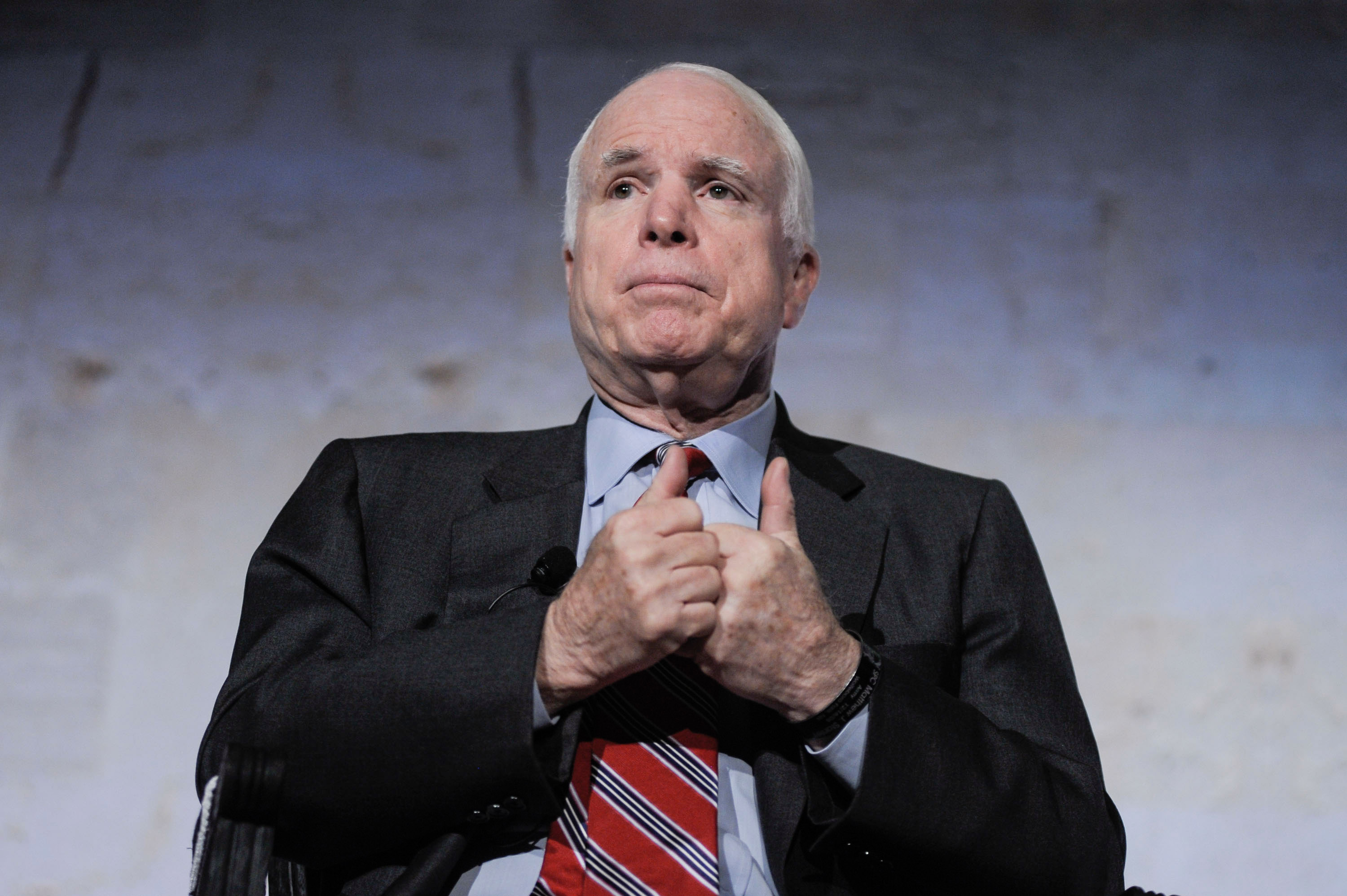 Sen. John McCain, R-Ariz., on Tuesday decided to add a little more oomph to his running criticism of how President Obama has handled the ongoing turmoil in Syria.

“I have never seen anything like this in my life,” McCain told Phoenix radio station KFYI-AM while discussing the president’s policy on Syria. “I thought Jimmy Carter was bad, but he pales in comparison to this president, in my opinion.”

Comparisons to the unpopular Carter administration were rampant during the 2012 presidential campaign season. Republican nominee Mitt Romney and his running mate, Rep. Paul Ryan, R-Wis., tried continuously to point to anti-American unrest in the Middle East as a rebirth of the late 1970s.

For McCain, though – it’s personal. For months he’s rallied for more aggressive intervention in the civil war-torn country, arguing its vulnerability as a terrorist safe haven could pose serious security risks to the United States.

“…We now have thousands of fighters of this radical, extremist, al Qaeda affiliated people pouring in from all over the world into Syria,” McCain went on, “fighting against our guys, who are the good guys.”

During the interview, McCain also took a swipe at his friend, Secretary of State John Kerry, who on Wednesday helped kick off talks to revisit a peace framework laid out by the U.S., the U.N. and Russia. McCain took issue with Kerry’s relationship with Russian Foreign Minister Sergey Lavrov while the country continues to provide arms to the forces of Syrian President Bashar Assad, who McCain called “a monster.”

“The people who are giving him the weapons are the Russians, and our secretary of state is buddy-buddy and palsy-walsy with… his buddy ‘Sergey’ in places like Geneva and others,” McCain said.