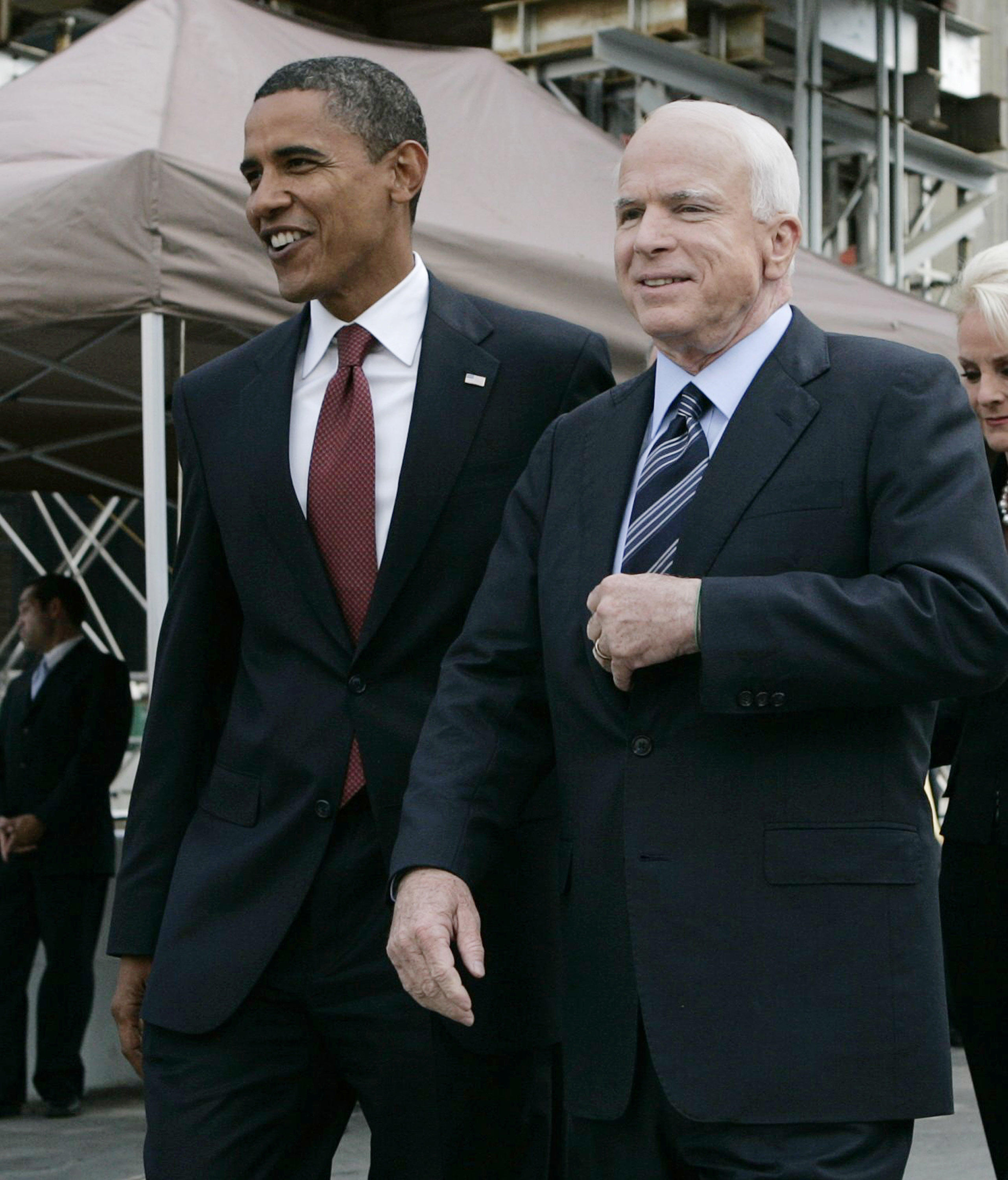 John McCain requested that former Presidents Barack Obama and George W. Bush deliver eulogies at his funeral, CBS News has confirmed. McCain, who had been suffering from an aggressive form of brain cancer, died Saturday at the age of 81 at home in Arizona. Both Mr. Obama and Mr. Bush will deliver their remarks during a service at the National Cathedral.

Former Vice President Joe Biden will speak at a separate service honoring the senator in Arizona.

McCain had long feuded with President Trump and, according to The Associated Press, two White House officials said McCain's family had asked, before the senator's death, that Mr. Trump not attend the funeral services. Vice President Pence is likely to attend, said the officials, who spoke to the AP on condition of anonymity.

The New York Times says, "Mr. McCain quietly declared before his death that he did not want Mr. Trump to take part in his funeral."

The senator asked that he be buried at the U.S. Naval Academy in Annapolis, Maryland, near the grave of a long time friend, something he told Lesley Stahl on "60 Minutes" in September 2017.

"I want, when I leave, that the ceremony is at the Naval Academy. And we just have a couple of people that stand up and say, 'This guy, he served his country,'" McCain said.

Mr. Obama, who defeated McCain in 2008 presidential race, issued a statement shortly after McCain's death saying that "we shared, for all our differences, a fidelity to something higher — the ideals for which generations of Americans and immigrants alike have fought, marched, and sacrificed."

"Few of us have been tested the way John once was, or required to show the kind of courage that he did," Mr. Obama continued. "But all of us can aspire to the courage to put the greater good above our own. At John's best, he showed us what that means. And for that, we are all in his debt."

Mr. Bush, who defeated McCain for the GOP nomination in 2000, issued a statement hailing McCain as a "a man of deep conviction and a patriot of the highest order."

"Some lives are so vivid, it is difficult to imagine them ended," Mr. Bush said. "Some voices are so vibrant, it is hard to think of them stilled."