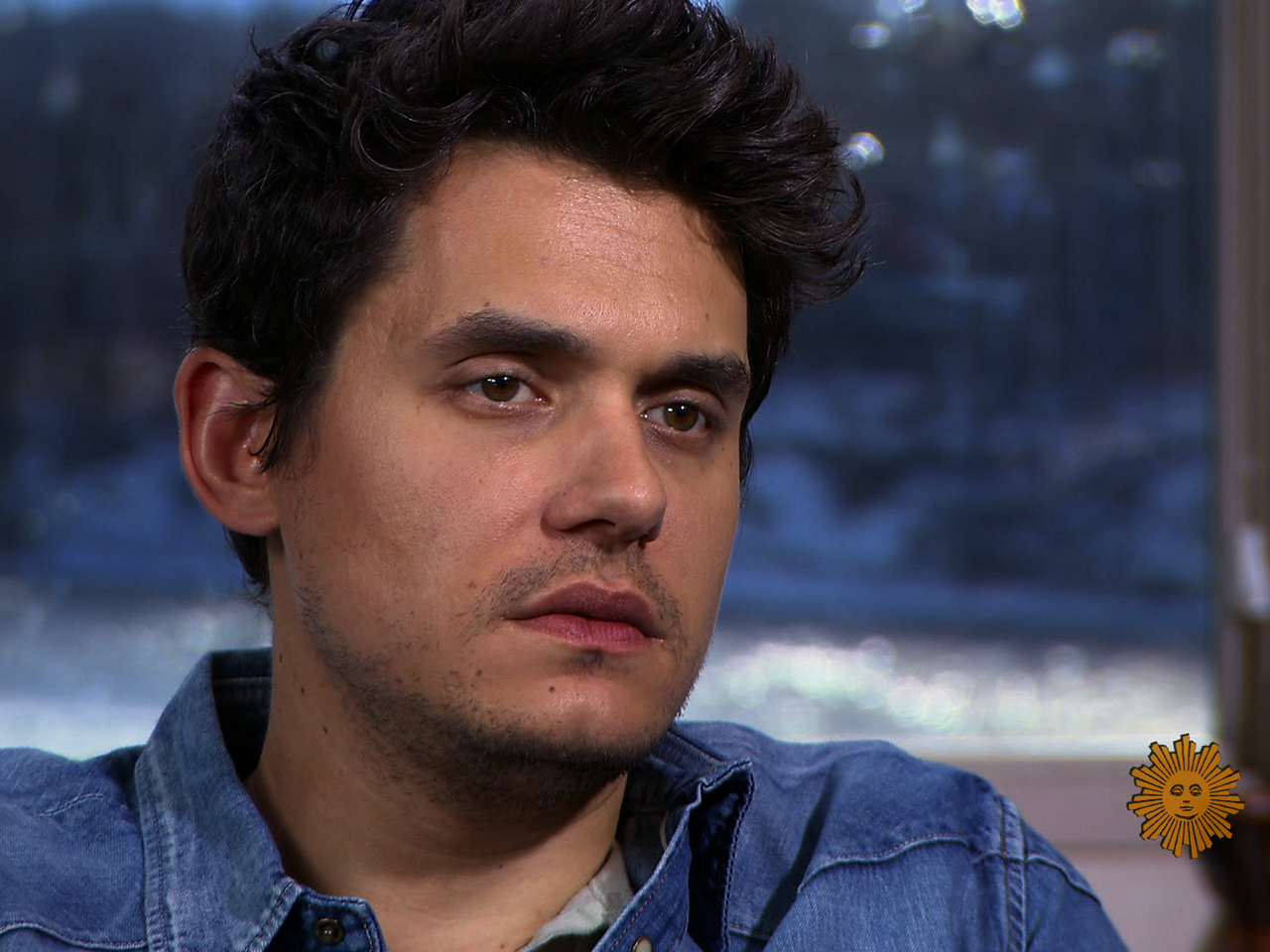 (CBS News) The 2002 song "Your Body Is a Wonderland" won John Mayer the Grammy Award for Best Male Pop Vocal Performance. Now, after an involuntary break from performing, Mayer is hoping to be singing again in just a few months. He talks about that, and other changes in his life, with Anthony Mason . . . For the Record:

"Big Sky" country is an ideal escape for a rock star trying to heal. John Mayer recently bought a 15-acre spread along the Yellowstone River in western Montana, between two mountain ranges, the Absaroka Mountains and the Gallatin Range.

"I came out here about a year and a half ago, on my first vocal rest after an operation," Mayer said.

"I imagine when you were trying not to use your voice, this was a pretty good place to come," said Mason.

The 35-year-old singer came here to recover from vocal surgery -- and from some self inflicted wounds in the media.

"I would think the minute you saw a paparazzi photographer, you'd want to head back here," Mason said.

"Yeah, but you know what? They can't get certain things," Mayer said. "They don't know what I'm thinking. In a way, being forced to stop contributing has been the greatest thing in the world, because now I've got three years of capital built up of nobody quite knowing what's on my mind."

Mayer is one of the most successful singer-songwriters of the past decade. He's scored three Number One albums, and seven Grammy Awards. But a succession of celebrity girlfriends -- Jessica Simpson, Jennifer Aniston, Taylor Swift, Katy Perry -- has made him a leading man in the tabloids, and at times obscured his talents as a guitarist.

"Do you think your public image ultimately has clouded respect for you as a musician?" Mason asked.

"It's not ideal. I wish I was only as well known as I was exposed musically, I really do," he replied.

But Mayer lost his best-known instrument, his voice, when he developed a granuloma on his vocal chords.

Surgery removed the growth, but it came back. And when we met up with Mayer in October in New York, he had just had a botox injection:

"Through the neck, which was fascinating," he said. "It's a small enough needle that you don't go totally berserk when you see it."

The treatments meant Mayer could not sing, and he had to cancel the tour behind his new album.

"I'm first of all, like, emotionally super-fragile in this period of time, because I don't have a job, you know?" he said at the time.

Mason went with Mayer on a visit to Dr. Gwen Korovin, who asked Mayer to try a little scale. The picture was encouraging. "That looks better for sure," she said.

Ironically, Mayer lost his singing voice after he put his foot in his mouth, in two widely-quoted interviews.

"What was more difficult for you? Dealing with the backlash from the interviews? Or dealing with not being able to sing?" Mason asked.

"The interviews, for sure."

In conversations with Rolling Stone and Playboy, Mayer made some off-color remarks about race and his previous relationships, including calling former girlfriend Jessica Simpson "sexual napalm."

"I was just a jerk," Mayer says now. "And it's hard for people to process that."

"It's very liberating when you finally realize that it's impossible to make everyone like you," Mayer said. "I wanted everybody to like me. I thought I was one shuck and jive away in every direction."

"Why is it, do you think, that you wanted everyone to like you?"

"So how how does that happen?"

"Taking every battle on, not taking a break, not looking at -- not being honest, not saying, you know, Let's admit that we don't know the next step. It would have been a great Rolling Stone interview if I had said, 'Here's what's going on in my life, I had a plan for myself, I have no idea where I am with this. My dream was to make records. Now I'm gonna make my fourth. And I never had a dream about my fourth record. I never saw it coming where I would be thought of as an infamous lothario. I didn't see any of this coming. I'm hugely uncomfortable with it and I wanna cry.'

"That would have been an amazing interview!"

"Was it true?" Mason asked.

Mayer has a quick mind, and sometimes he can;t seem to keep up with it himself.

"You've talked about over-thinking in the past," notes Mason. "At one point I think you said: 'Over thinking has given me everything in my career.'"

"And you can't turn that off?"

"I've learned to turn it down, you know?"

On the title cut of his album, "Shadow Days," Mayer seems to want to put it all behind him. "Was it an effort on your part to like yourself again?" asked Mason.

"I'm a good man with a good heart
had a tough time, got a rough start
But I finally learned to let it go."

"I wish that I grew up a year every year of my life, and I didn't," Mayer said. "I stopped for a certain period of time. And I was 24 for six years or whatever. And then the logjam cleared. And I'm dead-on for 35. It's just, it was a weird way to get here, you know what I mean?" he laughed.

"A person could look at it and say, if he wanted to live a private life he could move to Montana, or pick a girlfriend with a lower profile."

"That's right," said Mayer. "Now you're talking about being so ruthless about your public image that you're willing to say to somebody: 'I like you a lot, but because of who you are, I don't want to get to know you better.'"

"Come on, you've had a string of extremely high-profile girlfriends."

"Doesn't feel that way to me. And great! I'm glad. But I know what you're saying. I'm not denying it. I'm saying that for me it feels like something that's very human."

"Do you see yourself getting married?"

"Of course. I mean, I'm still the kid from Connecticut. That's what you do."

Last month in Bozeman, Mont., one part of Mayer's journey ended. He appeared at a charity concert, and that night he did something he hadn't done in nearly two years: he sang.

Click on the video player below to hear Mayer perform "Speak for Me."

His voice is still raspy. It will be months before the full effects of the botox wear off. But this summer Mayer will tour again.

His silence ended, John Mayer will only say what he means to say.

"Do you wish in any way you could get rid of your public persona?" asked Mason.