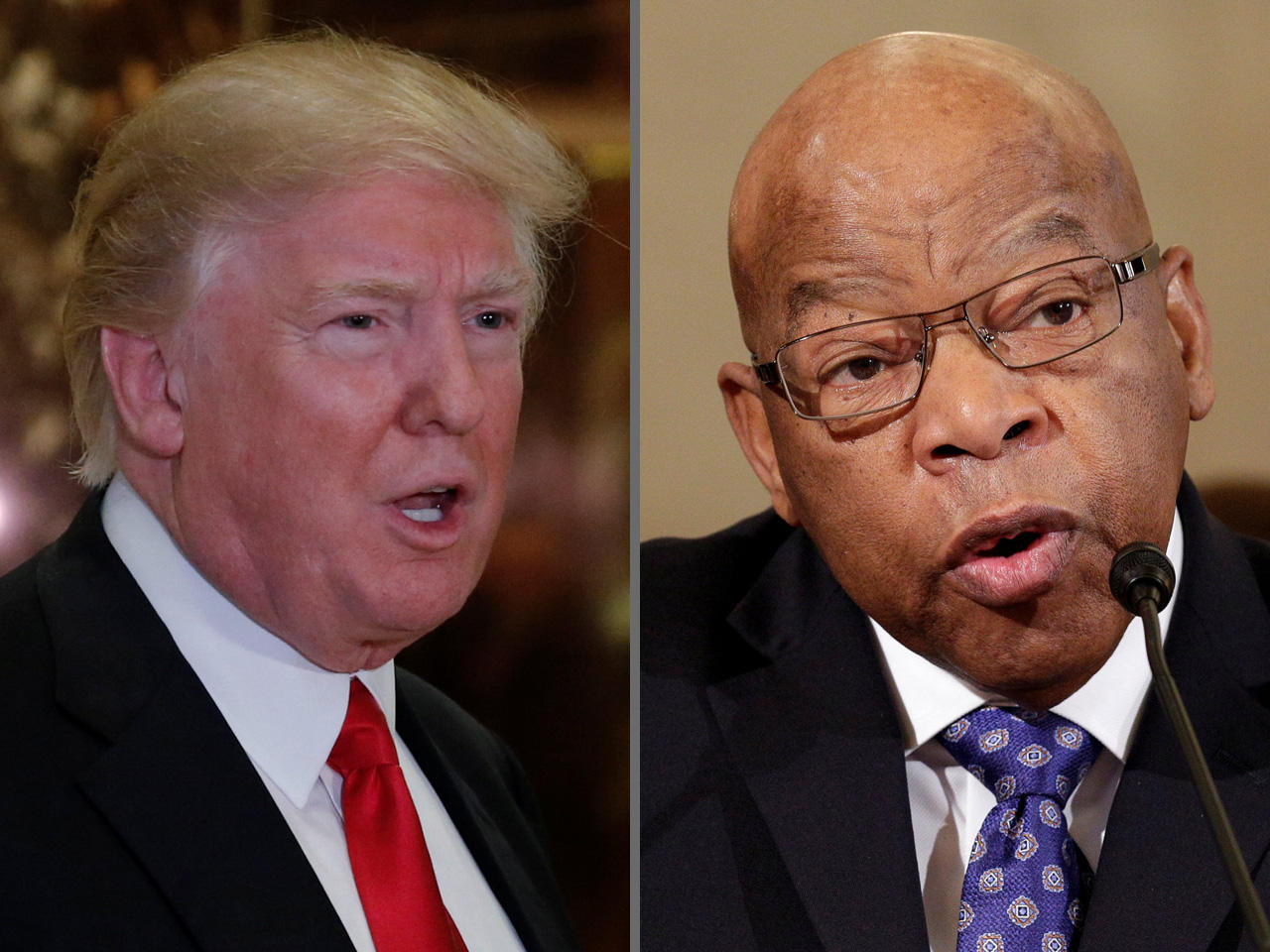 NEW YORK -- Two of John Lewis’ books have sold out on Amazon after the Democratic congressman claimed the top spots on the retailer’s best-seller list.

Sales of the civil rights leader’s graphic novel “March” and his 2015 memoir “Walking With the Wind” skyrocketed following his feud with President-elect Donald Trump over the Martin Luther King Jr. holiday weekend. After Lewis questioned the legitimacy of Mr. Trump’s victory, Mr. Trump tweeted that the 16-term Georgia representative “should spend more time on fixing and helping his district.”

Support for Lewis among Democrats sent sales of his most popular books soaring late Saturday and early Sunday. A collection of his “March” trilogy” ranked no. 1 on Amazon, and its individual volumes also charted high. “Walking with the Wind: A Memoir of the Movement” ranked number two.

On Monday, Lewis spoke about the legacy of Rev. Martin Luther King Jr., telling students at a scholarship breakfast event in Miami to “be brave” and “never, ever give up.”

“Maybe one of you will be a mayor, a city councilperson, a great teacher, a member of the House, a member of the Senate, governor of this state, maybe president of the United States of America,” he said. “Dream dreams and never, ever give up on your dreams.”

Lewis, who brought prepared remarks but said he was not going to use them, spoke for approximately 30 minutes about his experiences with King during the civil rights movement of the 1960s, saying King is responsible for the trajectory of his life.

“If it hadn’t been for Martin Luther King Jr. I don’t know where I’d be,” he said, adding he might be “still down in rural Alabama, preaching to chickens.”

What Lewis did not mention was his disagreement with Trump. In an NBC interview last week, Lewis said he did not view Mr. Trump as a “legitimate president,” given the Russian attempts to interfere in the 2016 election. He also said he would not be attending Mr. Trump’s inauguration on Friday, the first time he’ll miss the ceremony in three decades.

Mr. Trump responded by lambasting Lewis on Twitter, calling him “all talk, talk talk - no action or results,” and saying Lewis’s Georgia district is “crime infested” and “falling apart.”

Lewis talked about walking across the Edmund Pettus Bridge in Alabama on what became known as Bloody Sunday, saying that day when he was being beaten, “I thought I saw death.”

The Georgia congressman encouraged unity among all people in the United States, saying the country needs to face its challenges together.

“Our foremothers and forefathers all came to this great land in different ships, but we’re all in the same boat now,” he said, adding that regardless of race “we are one people, we are one family, we all live in the same house the American house and we must look out for each other.”

He also cautioned people against violence, saying the “most powerful” way to effect change is to cast a vote in a democratic election.

“The vote is precious, it is almost sacred,” Lewis said. “It is the most powerful nonviolent instrument or tool that we have in a democratic society and we must use it.”