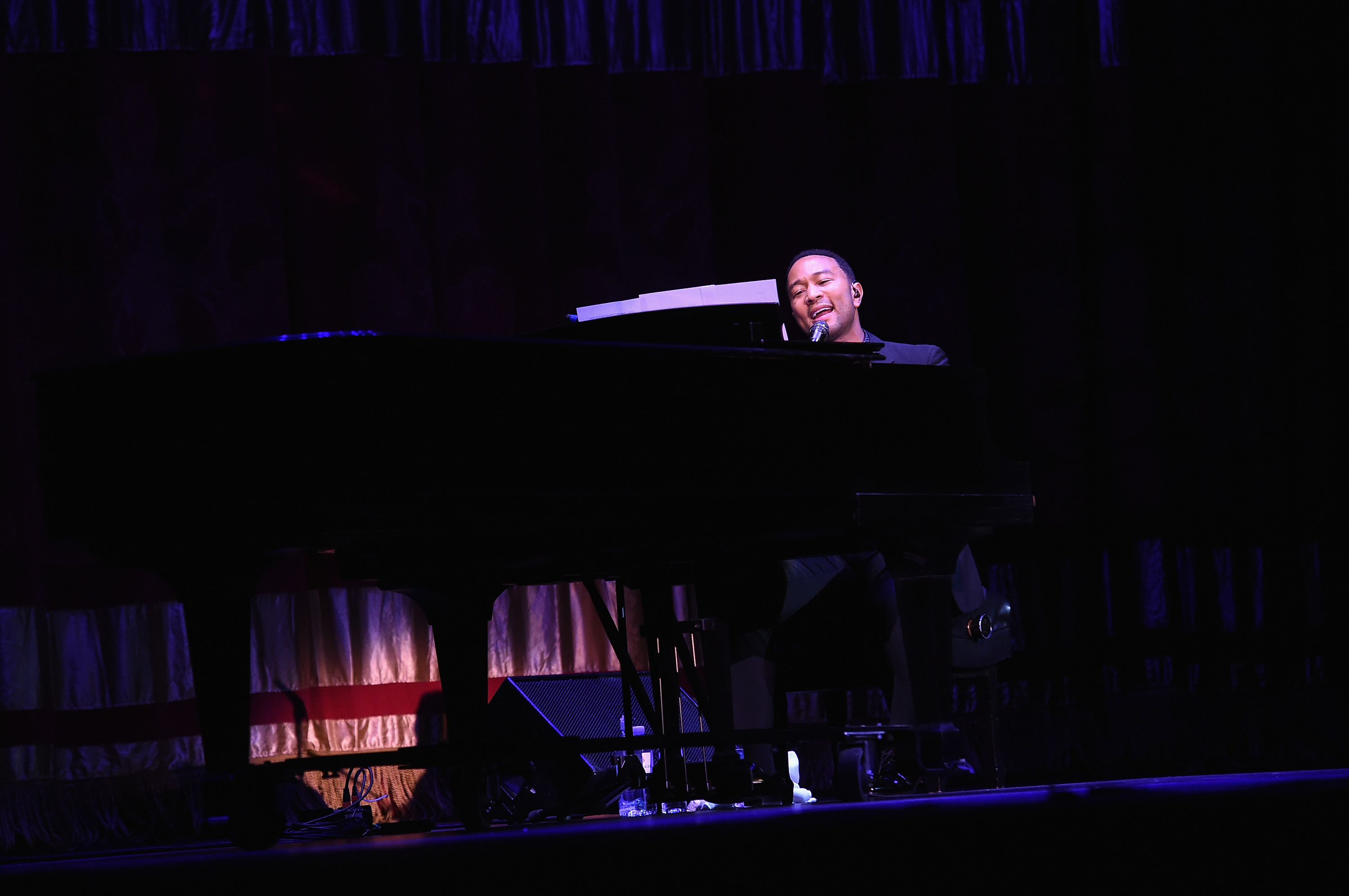 The opening-night documentary at the Sundance Film Festival closed with a superstar concert.

After the credits rolled on "What Happened, Miss Simone?" John Legend took the stage to pay tribute to its subject, Nina Simone.

"I'm so grateful to be here today honoring the legacy of the wonderful, powerful, dynamic, super-talented Nina Simone," said Legend, who along with Common is nominated for an Oscar for their original song from "Selma."

The documentary about the late singer tracks her rise to fame, her struggles with mental illness, her activism during the civil rights movement, her move to Liberia where she left music behind and finally to France, where she regained her career.

He emerged onstage from behind a screen seated at a grand piano, opening with Simone's soulful version of "Lilac Wine." He followed with "I Wish I Knew How It Would Feel to Be Free," which Simone made famous in 1967. After saying how much he admired Simone, he performed her 1964 single, "Don't Let Me Be Misunderstood."

Legend took a bow, then was embraced by the film's director, Liz Garbus, and festival founder Robert Redford.

Check out the performance below: