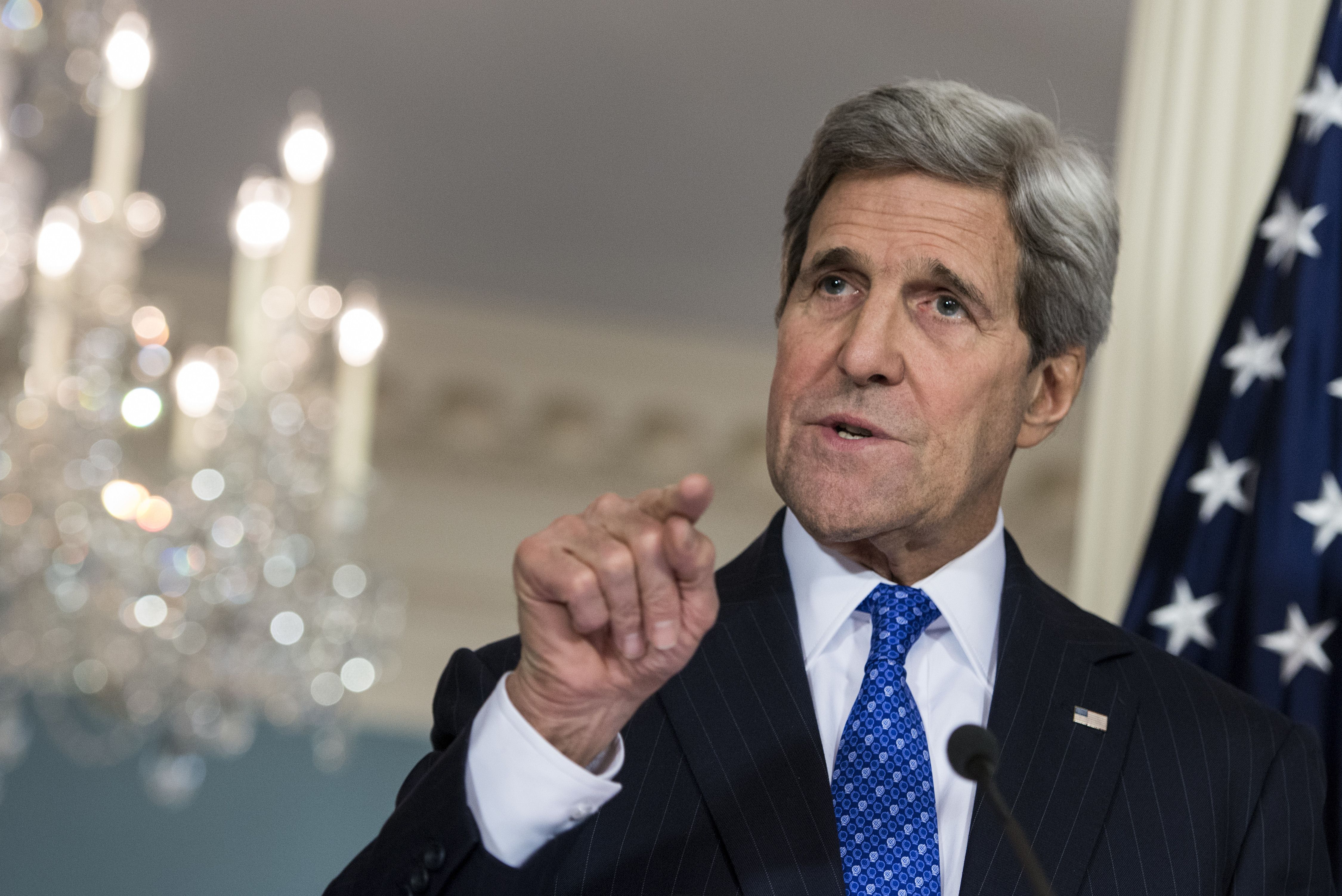 Israeli intelligence has told the U.S. that rolling out new sanctions against Iran would amount to "throwing a grenade" into the negotiations process over Iran's nuclear program, Secretary of State John Kerry said Wednesday.

Kerry's remarks came on the same day that Republican congressional leaders invited Israeli Prime Minister Benjamin Netanyahu to address the U.S. Congress in part about Iran's nuclear program. Netanyahu is strongly opposed to the negotiations with Iran and has spoken out against a deal that could leave Iran with the "break-out" capacity to convert a nuclear energy program into a nuclear weapons program.

Kerry said that the United States and Israel have the same goals when it comes to Iran but different tactics.

While standing next to European Union High Representative Federica Mogherini, Kerry added that the Europeans also believe the alliance against Iran will fall apart if the U.S. unilaterally passes sanctions. The Obama administration has "earned credibility" in the negotiating process, he said, pointing to a United Nations report released Tuesday that showed Iran has been fully compliant with the deal thus far.

In a Senate Foreign Relations Committee hearing Wednesday, Committee Chairman Bob Corker, R-Tennessee, said he's spoken with Cameron, as well as other European negotiators, but no one has told him that a U.S. congressional vote would hamper negotiations.

"I have met no one who believes that [Congress] weighing in would do anything to destabilize these negotiations," he also said on Twitter.

Congress is currently considering legislation that would trigger new sanctions against Iran should it fail to reach an agreement with international negotiators by mid-summer.

Meanwhile, Kerry was headed to a meeting at the White House on Wednesday afternoon to discuss the unrest in Yemen. According to the country's state news agency, Shiite rebels holding Yemeni President Abed Rabbo Mansour Hadi captive in his home reached a deal Wednesday afternoon to end a violent standoff in the capital.

Kerry said U.S. personnel in Yemen are well protected, adding that the U.S. has a "bare minimum" diplomatic presence in the capital city of Sana'a.