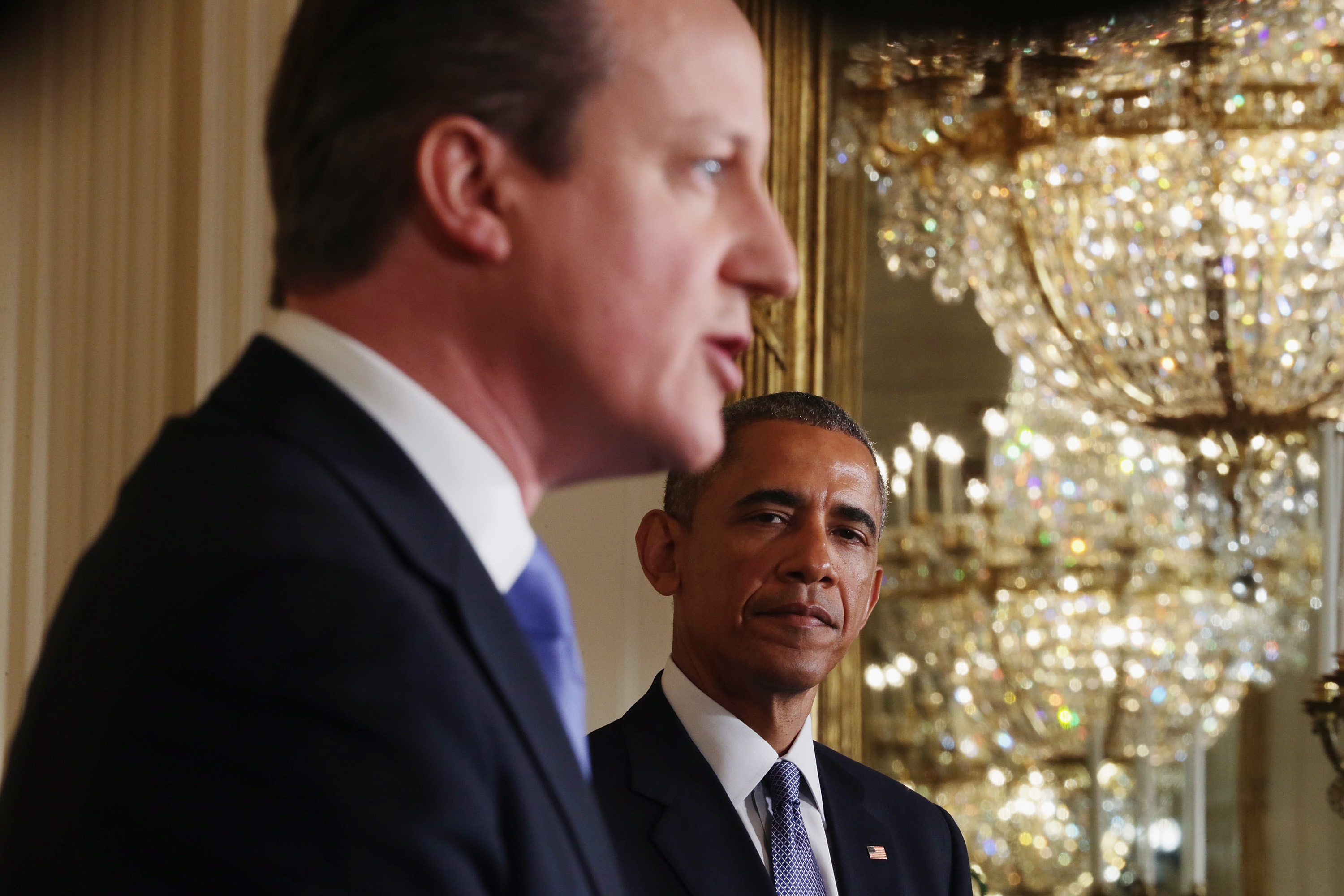 British Prime Minister David Cameron is appealing directly to some senators in the U.S. Congress to reconsider a bill that would open up the possibility of new sanctions against Iran.

"I have contacted a couple of senators this morning, and I may speak to one or two more this afternoon," Cameron said during a joint press conference with President Obama at the White House Friday. The prime minister arrived in Washington Thursday to meet with the president and his administration to discuss a range of issues.

Cameron said his calls were "not in any way... to tell the American Senate what it should or should not do." Instead, he wanted to tell the U.S. Senate that "it's the opinion of the United Kingdom that further sanctions, or further threat of sanctions, at this point won't actually help." The legislation, he said, "could actually fracture" the international coalition negotiating with Iran over its nuclear ambitions.

The United States and the rest of the so-called P5 +1, which also includes Britain, China, France, Germany and Russia, is currently embroiled in a series of negotiations with Iran over its nuclear program.

However, both Republicans and Democrats in the Senate have expressed support for legislation that would impose new sanctions on Iran should the negotiations fail by June 30.

Should Congress pass the bill, the president promised to veto it. He gave the same message to a closed meeting with Democrats earlier this week, he said.

"Nobody in the world, least of all the Iranians" doubts that the U.S. could impose new sanctions should negotiations fail, he said. "That's not a hard vote for me to get through Congress. I think the Iranians know that is certainly in our back pocket."

In the meantime, Mr. Obama said, "Why is it we would have to take actions that might jeopardize the possibility of getting a deal over the next 60 or 90 days? What is it precisely that is going to be accomplished?"

Conversely, should Congress pass, this bill, "the likelihood of the interim negotiations collapsing is very high," Mr. Obama said.

Under the interim deal that brought Iran to the table, he explained, the United States is not supposed to initiate any new sanctions. While the bill would technically simply set a timeline for new sanctions, "I assure you that is now how Iran would interpret it," Mr. Obama said.

The president added, "Congress should be aware if this diplomatic negotiation fails, then the risk and likelihood this ends up at some point being a military confrontation is heightened."

He stressed later, "I am not -- repeat, not -- suggesting we are at immediate war footing should negotiations with Iran fail."

Still, he said, "If in fact our view is that we have to prevent Iran from getting a nuclear weapon then we have to recognize the possibility that should diplomacy fail, we have to look at other options to achieve that goal."

Mr. Obama acknowledged that the chances of reaching a diplomatic deal with Iran are "probably less than 50-50." But he called the coalition at the negotiating table "remarkable" and noted that they have already made some gains in rolling back some of Iran's nuclear stockpiles.

"If in fact we still have an opportunity to get a diplomatic deal that provides us verifiable assurances that they are not developing a nuclear weapon, that is the best possible outcome," he said.