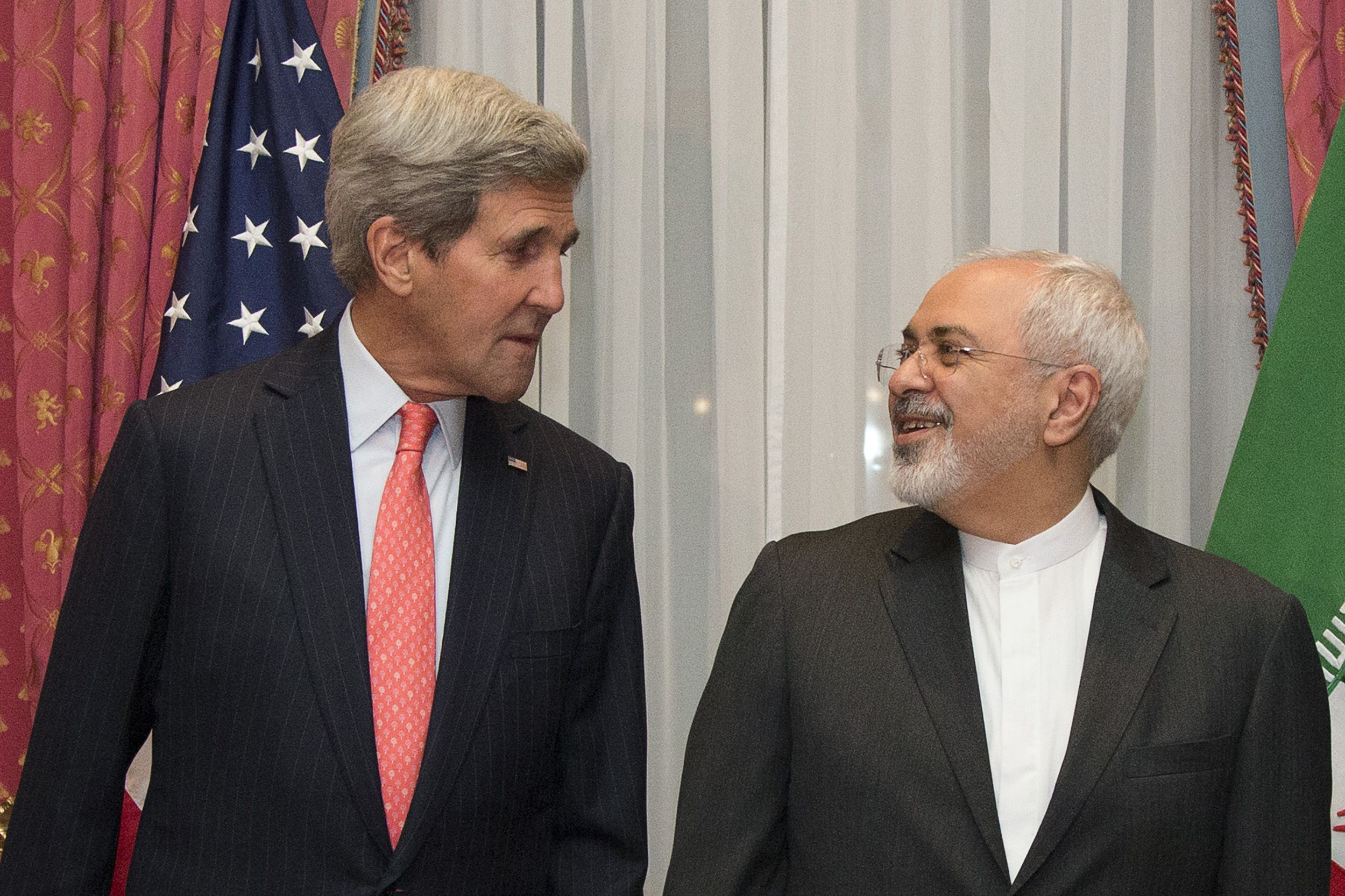 WASHINGTON -- The top U.S. and Iranian diplomats plan to meet this weekend in Switzerland as efforts intensify to reach a comprehensive nuclear accord.

State Department spokesman Jeff Rathke said Wednesday that the goal is to make progress toward an agreement by an end-of-June deadline.

European and Iranian officials have suggested the talks may require more time, but Rathke said the U.S. isn't considering an extension.

Zarif said Thursday during a visit to Greece he was holding out hope that a "sustainable, mutually respectful" deal could be struck in the talks before the June 30 deadline.

Zarif said an agreement with negotiators from the U.S., Russia, China, Britain, France and Germany was possible, provided "people have their foot in reality, not in illusions."

But he warned that "excessive demands" would make an agreement hard to envisage, even without a deadline.

The proposed deal would freeze Iran's nuclear program for a decade, in return for sanctions relief. Iran insists its nuclear program is solely for peaceful purposes, while the West fears it could allow it to build nuclear weapons.

The State Department said Wednesday that its lead nuclear negotiator, undersecretary Wendy Sherman, would leave her post when the negotiations with Iran are finished.

Sherman has led much of the technical discussion in Europe with Iranian officials over the last two years. During her tenure the U.S. and Iran reached an interim agreement in November 2013 and a framework pact in April.

Kerry called Sherman a "critical" member of his team, hailing her "tenacity and skill."

Kerry was to leave Washington on Thursday for Nigeria, where he'll attend Muhammadu Buhari's presidential inauguration.

From Geneva, Kerry will head to Madrid to meet with Spain's king and prime minister. Later, Kerry will attend a conference in Paris on fighting the Islamic State of Iraq and Syria (ISIS).