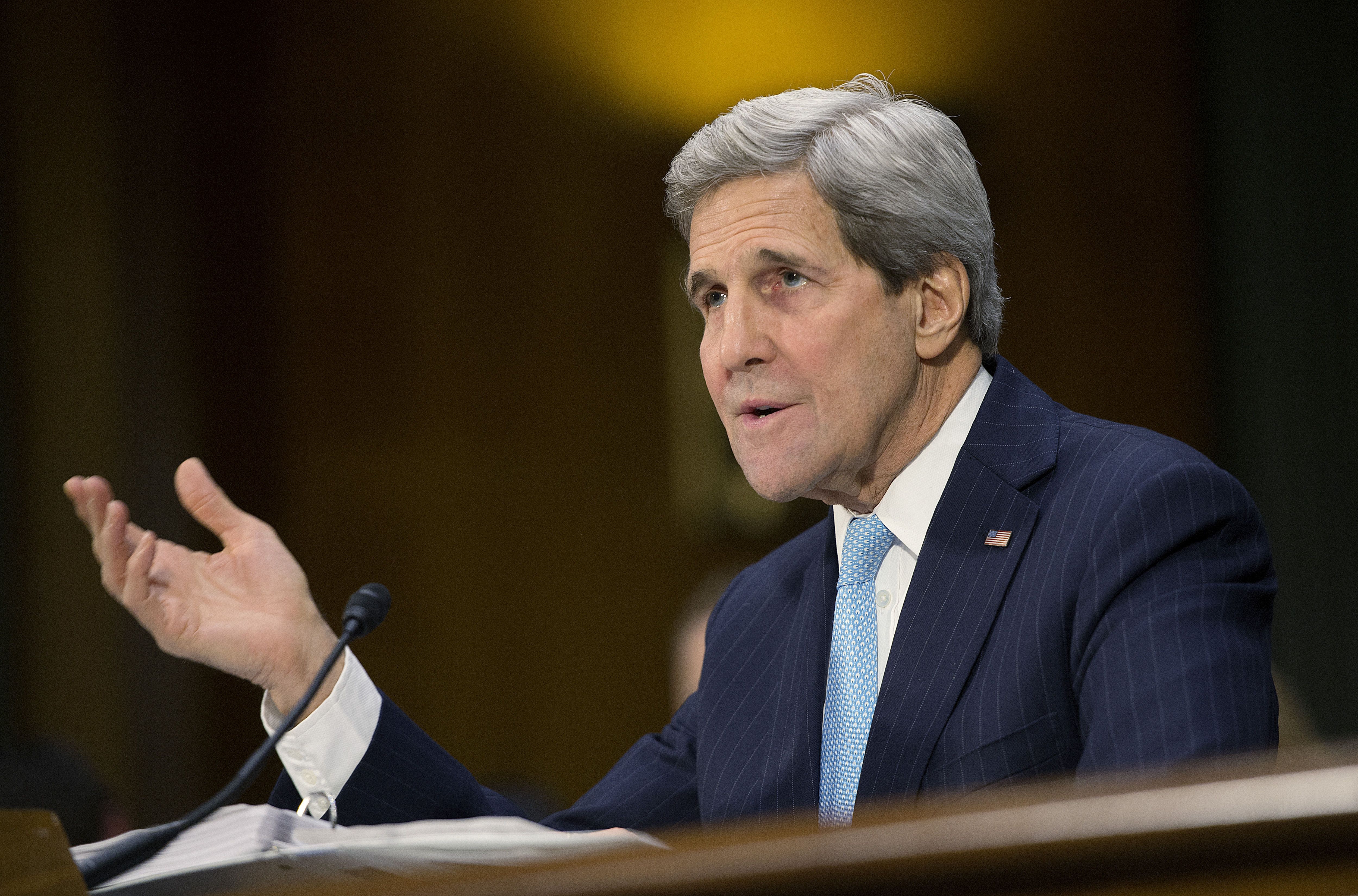 Secretary of State John Kerry on Tuesday asked Congress to formally give the Obama administration sweeping authorities in its fight against the Islamic State of Iraq and Syria (ISIS), even allowing for the possibility of ground troops to engage in combat.

An authorization for the use of military force (AUMF) should give Mr. Obama the "flexibility" he needs to fight the extremist group, Kerry told the Senate Foreign Relations Committee.

Committee Chairman Robert Menendez, D-New Jersey, has written a draft AUMF that would authorize the use of force against ISIS and associated forces for three years. His version of the AUMF would only permit ground forces for certain scenarios, such as protecting U.S. citizens from "imminent danger" or for "limited operations against high value targets."

Kerry said Menendez's version is a "fair starting point." Kerry also insisted that Mr. Obama "has been crystal clear that his policy is U.S. military forces will not be deployed to conduct ground operations" against ISIS.

However, he said that an AUMF should not "pre-emptively bind the hands of our commander in chief" with limits on the use of ground forces. "It would be a mistake to advertise to ISIL there are safe havens for them outside of Iraq or Syria," he said.

Kerry said that the administration supports the three-year sunset on the new AUMF, as long as it "provides for an extension in the event that circumstances require it."

He expressed confidence that the administration could come to an agreement with lawmakers over the language in the AUMF. He said it was critical for the nation to show a united front against ISIS.

"I do think this discussion has to conclude with a bipartisan vote that makes clear this is not one party's fight against Daesh," Kerry said, using an alternative name for ISIS.

The senators were skeptical about the bounds of the authorization Kerry proposed.

"It seems to me you're making the case for a rather open-ended authorization," Menendez said. "If that's the case, you should just say it."

Sen. Marco Rubio, R-Florida, said that in the absence of a White House AUMF, Congress is now "attempting to micro-manage" combat operations.

"I blame all of this on the lack of presidential direction and leadership," he said, pressing Kerry about when the White House will produce its own AUMF.

Kerry retorted that a White House version wouldn't make a difference in the congressional debate.

"Let's not kid each other, I mean seriously," he said. "It's the same debate, one way or the other. The committee could've drafted it three months ago, [the criticism] can go both ways."