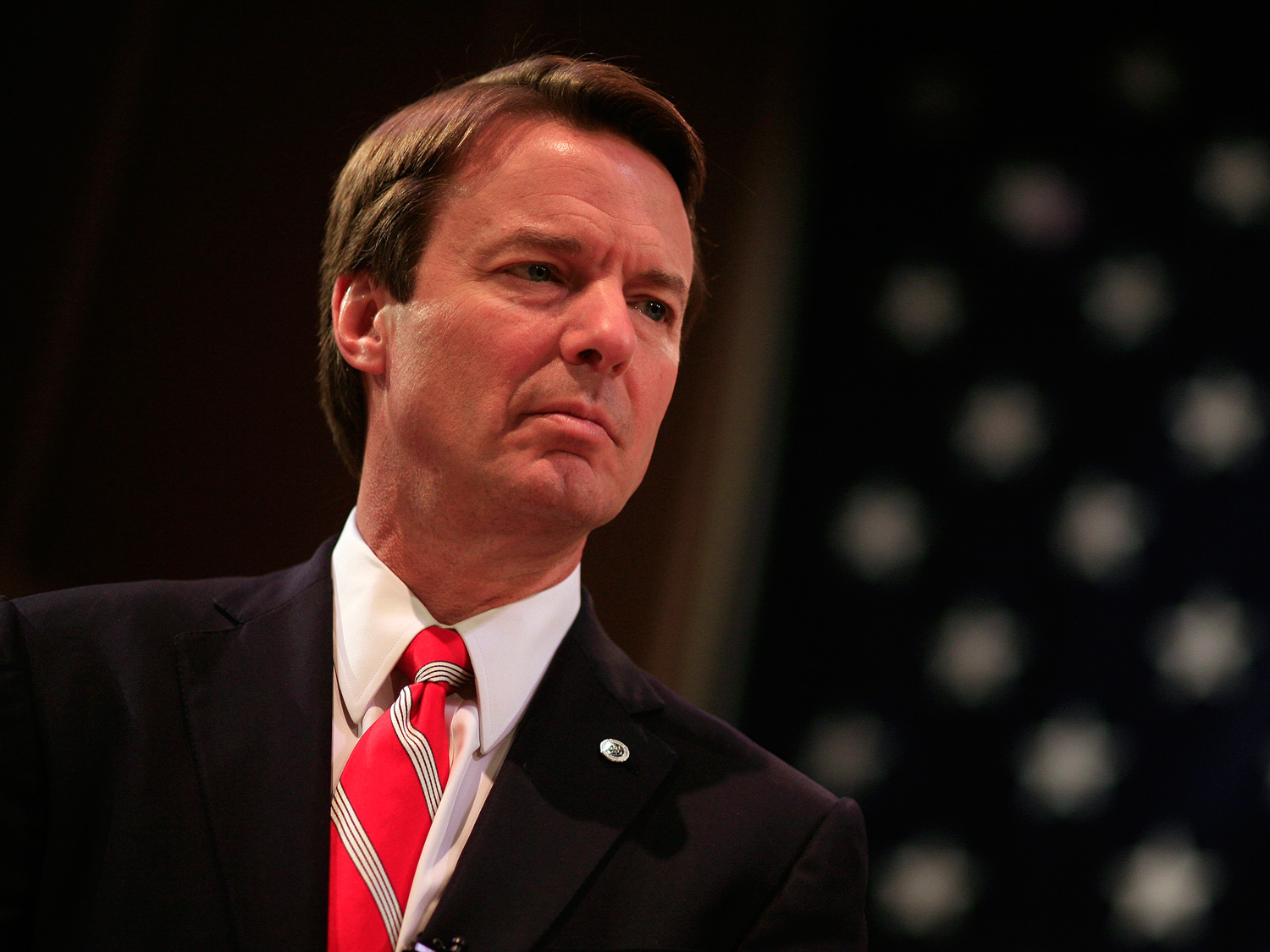 A Presidential candidate's pregnant mistress, kept in high style in luxury hotels like the Four Seasons in Santa Barbara, and ferried across the country in private jets . . . and hundreds of thousands of dollars stashed in a secret bank account.

The details read like a racy Hollywood script, but they are in fact part of a federal criminal indictment.

"I will regret for the rest of my life the pain and the hurt that I've caused to others, but I did not break the law, and I never, ever thought that I was breaking the law" he said.

But tomorrow, the former Democratic U.S. Senator goes on trial in North Carolina. He is accused of misusing campaign funds in his failed 2008 presidential bid and then lying about it - a stunning fall from grace.

"Edwards was arguably the best known and most successful trial lawyer in modern North Carolina history," said Hampton Dellinger, a practicing lawyer and a former Deputy Attorney General in North Carolina. "He came out of nowhere to run for the U.S. Senate and won; catapulted himself on the national stage as the vice presidential nominee."

Dellinger says no other national candidate has faced criminal charges like these, which could land Edwards in prison for 30 years.

"When I teach campaign and election law, I talk about the typical political corruption cases, where essentially an office holder or a candidate is selling something - an earmark, an ambassadorship, in the case of [Illinois] Governor Blagojevich, a U.S. Senate seat - in exchange for campaign or personal support," Dellinger said. "None of that is what has happened here."

The prosecution's star witness is Andrew Young, Edwards' former aide. He is likely to say at trial what he wrote in his 2010 book, "The Politician," that two wealthy people - the late trial attorney Fred Baron and Virginia philanthropist Rachel Bunny Mellon - paid nearly a million dollars to hide Rielle Hunter, John Edwards' pregnant girlfriend, from both the press and from his wife, Elizabeth (who was dying of cancer).

Young said Bunny even hid the money in boxes of chocolate. But the key question is, was that money "campaign funds"?

"There's no question that the Bunny Mellon contributions are the most challenging ones for the Edwards defense team to deal with," said Dellinger. "But it wasn't directed to his campaign. These are not monies that went to his campaign coffers."

The defense claims that the money instead went to Andrew Young, who has credibility problems: He originally claimed that HE was the father of Hunter's baby, and the government gave him full immunity to testify.

But he's not the only one caught in lie. Edwards denied he was the father of Hunter's baby.

"There's no defending John Edwards' conduct," said former prosecutor Melanie Sloan. "It was deplorable, loathsome - pick any adjective. He wasn't just hiding it from the American people, but from his cancer-stricken, dying wife. You really can't get lower than that."

It is no surprise that Sloan, who now runs CREW (a Washington ethics watchdog group), doesn't like John Edwards. But what IS surprising is that Sloan believes the case against him should be thrown out.

"If the Justice Department believes that the money that Fred Baron and Bunny Mellon spent constitutes campaign contributions, then they need to change the law to make it clear, and we can do that," she said. "But it doesn't mean you get to prosecute somebody who has no notice that this is against the law, and then try and create a crime that way."

Federal prosecutors declined to be interviewed. But according to court documents, the Justice Department has spent vast federal resources to pursue this case: At least 56 FBI and IRS agents were employed in the nearly four-year-long investigation.

The trial was delayed for several months, in part because Edwards' lawyers had asked it to be postponed while he was treated with medication for atrial fibrillation, an irregular heartbeat.

Edwards was reportedly offered a plea deal that would have involved a few months in a Federal prison, but he would have been allowed him to keep his law license. He turned it down.

Dellinger says it is an incredible gamble on his part: "I think that one could argue that there's a real recklessness to it, if there was any way for him to avoid jail time as part of a plea agreement. Same for the government. It's left with both sides taking a very big risk."