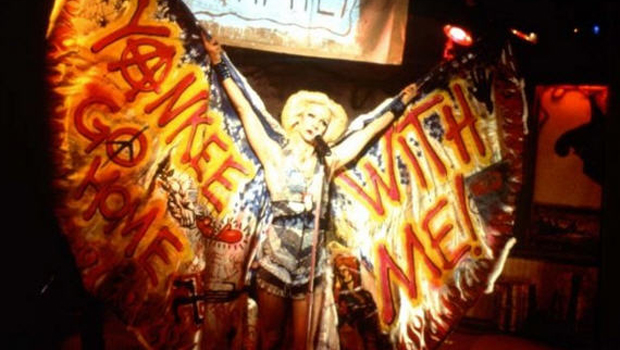 John Cameron Mitchell, the writer and original star of "Hedwig and the Angry Inch," is stepping back into her miniskirt, wigs and high heels.

Mitchell said Thursday that he will take over the role from Michael C. Hall in the Tony Award-winning Broadway production on Jan. 21.

"The extremeness of what I have to do is the daunting part -- getting my voice back and my body back," Mitchell said. "It's the emotional side that I'm most curious about and most excited about."

Mitchell made his Broadway acting debut in "Big River" and has also performed in "Six Degrees of Separation" and "The Secret Garden." He co-wrote "Hedwig," about a German male transsexual rock singer, with composer Stephen Trask.

It opened Off-Broadway in 1998 and ran for more than two years with Mitchell as Hedwig. A film of the story -- inspired by Plato's writing about the origin of love -- was made in 2001 with Mitchell both starring and directing. He said he hasn't done the full role in 15 years and is working on a sequel "fitfully."

The show roared onto Broadway last season and won the Tony Award for best musical revival. Neil Patrick Harris, as Hedwig, won the Tony for best actor in a musical, astounding many with his sculpted body and muscular performance. He was replaced by "Girls" star Andrew Rannells and then Hall.

"I'm ready to love and be loved and love my band and love those songs and come up with new jokes," Mitchell said, adding he's looking forward to joining up with Tony winner Lena Hall.

There will be at least one change, though.

"I'm lowering the heels because Neil's were unreasonably high. Everything he does is unreasonably strenuous and perfectly executed. I have lower aims just to get through it."