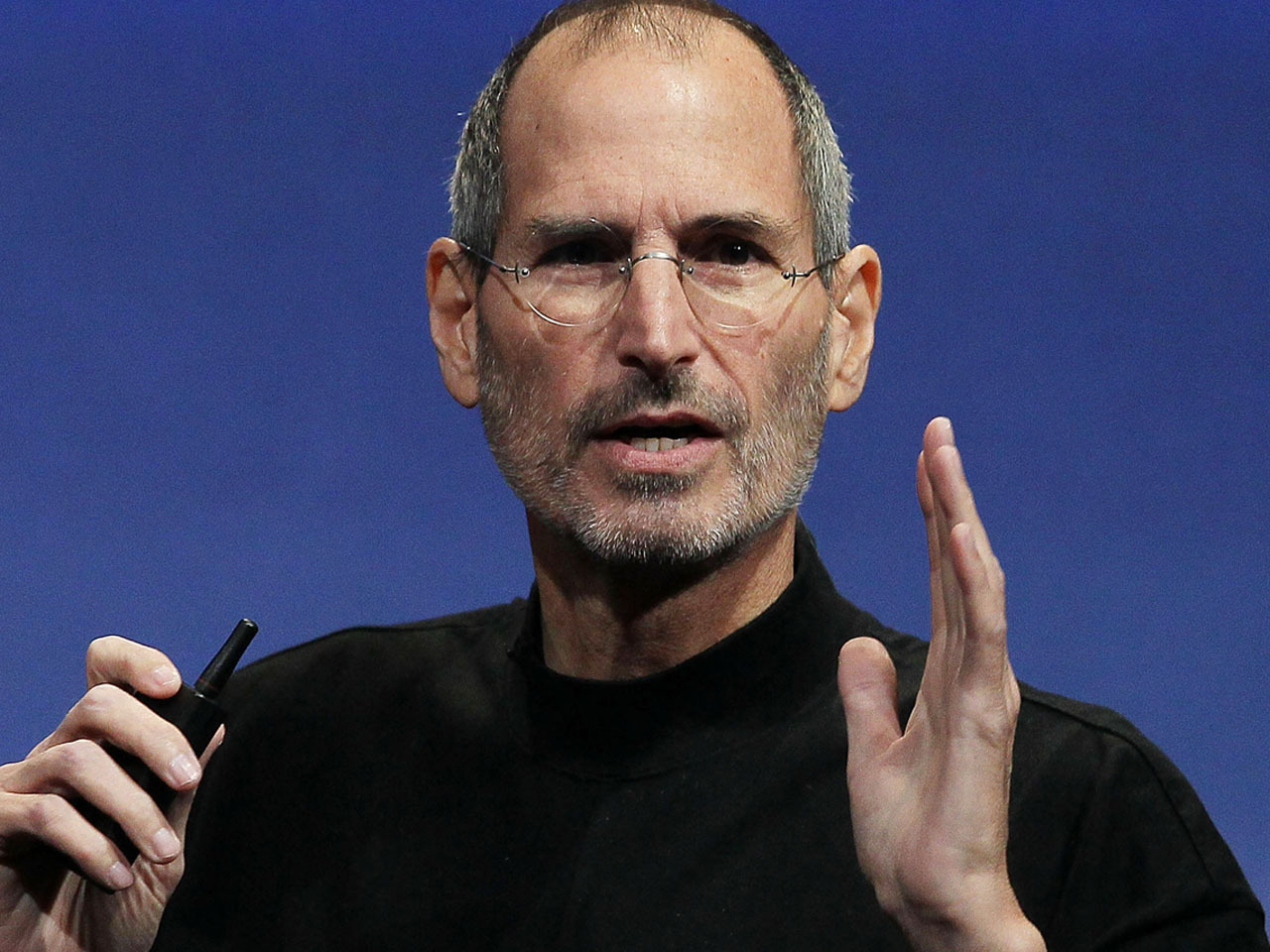 Steve Jobs threatened to go "thermonuclear" to prevent Google from using a mobile operating system that he claimed was a rip-off of Apple's iPhone, according to an upcoming biography.

The book, Steve Jobs," by Walter Isaacson, which will be published Monday by Simon & Schuster, also provides insight into the unraveling of Jobs' relationship with Eric Schmidt, the former CEO of Google and an Apple board member from 2006 to 2009. Schmidt had quit Apple's board as Google and Apple went head-to-head in smartphones, Apple with its iPhone and Google with its Android software.

The Associated Press purchased a copy Thursday. Advance sales of the biography have topped best-seller lists since Jobs died Oct. 5 after a long battle with cancer at age 56.

Isaacson wrote that Jobs was livid in January 2010 when HTC introduced an Android phone that boasted many of the touch and other popular features of the iPhone. Apple sued, and Jobs told Isaacson in an expletive-laced rant that Google's actions amounted to "grand theft."

"I will spend my last dying breath if I need to, and I will spend every penny of Apple's $40 billion in the bank, to right this wrong," Jobs said. "I'm going to destroy Android, because it's a stolen product. I'm willing to go thermonuclear war on this."

Jobs used an expletive to describe Android and Google Docs, Google's Internet-based word processing program. In a subsequent meeting with Schmidt at a Palo Alto, Calif., cafe, Jobs told Schmidt that he wasn't interested in settling the lawsuit, the book says.

"I don't want your money. If you offer me $5 billion, I won't want it. I've got plenty of money. I want you to stop using our ideas in Android, that's all I want." The meeting, Isaacson wrote, resolved nothing.

The book paints a fuller portrait of the man behind the image. For instance, Jobs had a disdain for people who put profits first. In an upcoming authorized biography of the late Apple CEO, he calls the crop of executives brought in to run Apple after his ouster in 1985 "corrupt people" with "corrupt values" who cared only about making money.

Jobs returned to the company in 1997. After that, he introduced the candy-colored iMac computer, the iPod, the iPhone and the iPad, and turned Apple into the most valuable company in America by market value for a time.

The book says that, while some Apple board members were happy that Hewlett-Packard gave up trying to compete with Apple's iPad, Jobs did not think it was cause for celebration.

"Hewlett and Packard built a great company, and they thought they had left it in good hands," Jobs told Isaacson. "But now it's being dismembered and destroyed."

"I hope I've left a stronger legacy so that will never happen at Apple," he added.

Jobs was often bullied in school and stopped going to church at age 13, according to the book.

In an interview that will be broadcast on "60 Minutes," Sunday, Oct. 23 at 7 p.m. ET/PT, Isaacson also disclosed that Jobs refused to allow surgeons to perform what could have been life-saving surgery on his pancreatic cancer. In one of his deepest discussions with him, Isaacson says Jobs told him he regretted his decision to try alternative therapies and said he put off the operation because it was too invasive.

Isaacson reveals these and many other inner thoughts of the man who entrusted him with the writing of his life story. For instance, according to the book, Jobs never went back to church after he saw a photo of starving children on the cover of Life Magazine. Later, he spent years studying Zen Buddhism.

As a teenager, Jobs exhibited some odd behaviors - he began to try various diets, eating just fruits and vegetables for a time, and perfected staring at others without blinking.

Later, on the naming of Apple, Jobs told Isaacson he was "on one of my fruitarian diets."

He'd just come back from an apple farm, and he thought the name sounded "fun, spirited and not intimidating."

Jobs reveals in the book that he didn't want to go to college, and the only school he applied to was costly private college Reed in Portland, Ore. Once accepted, his parents tried to talk him out of attending Reed, but he told them he wouldn't go to college at all if they didn't let him go there. Though he ended up attending, Jobs dropped out of the school after less than a year and never went back.

His pre-Apple job as a technician at Atari paid $5 per hour. He saw a classified ad in the San Jose Mercury News, went to visit the company and informed them he wouldn't leave unless they hired him.

Jobs' eye for simple, clean design was evident from early on. The case of the Apple II computer had originally included a Plexiglas cover, metal straps and a roll-top door. Jobs, though, wanted something elegant that would make Apple stand out. He told Isaacson he was struck by Cuisinart food processors while browsing at a department store and decided he wanted a case made of molded plastic.

He called Jonathan Ive, Apple's design chief, his "spiritual partner" at Apple. He told Isaacson Ive had "more operation power" at Apple than anyone besides Jobs himself - that there's no one at the company who can tell Ive what to do. That, says Jobs, is "the way I set it up."

Jobs was never a typical CEO. Apple's first president, Mike Scott, was hired mainly to manage Jobs, then 22. One of his first projects: getting Jobs to bathe more often. It didn't really work.

Jobs' dabbling in LSD and other aspects of 1960s counterculture has been well documented. In the book, Jobs says LSD "reinforced my sense of what was important - creating great things instead of making money, putting things back into the stream of history and of human consciousness as much as I could."

In the early 1990s, after Jobs was ousted from Apple, he watched the company's gradual decline from afar. He was angered by the new crop of people brought in the run Apple, and he called them "corrupt."

He told Issacson they cared only about making money "for themselves mainly, and also for Apple- rather than making great products."

He also revealed that the Beatles is one of his favorite bands, and one of his wishes was to get the band on iTunes before he died. He got them available for sale on iTunes in late 2010. Until then, the biggest-selling, most influential group in rock history has been glaringly absent from iTunes and other legal online music services.

The book was originally called "iSteve" and scheduled to come out in March 2012. The release date was moved up to November, then, after Jobs' death, to this coming Monday. Isaacson interviewed Jobs more than 40 times, including just a few weeks before his death.

The book says Jobs put no subject off limits and had no control over its contents.