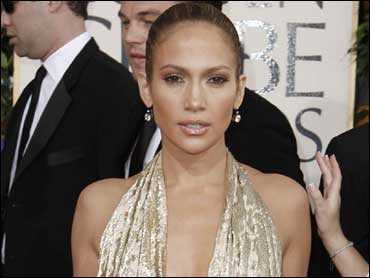 Former "Fly Girl" Jennifer Lopez is poised to return to television - this time as a judge on "American Idol."

The singer-dancer-actor was close to signing a deal to join Fox TV's hit singing contest, a person familiar with the negotiations said late Thursday. The person, who was not authorized to comment publicly, spoke on condition of anonymity.

Degeneres announced Thursday she was leaving after one year as judge.

"A couple months ago, I let Fox and the `American Idol' producers know that this didn't feel like the right fit for me," DeGeneres said in a statement. The comedian-talk show host said she realized that while she "loved discovering, supporting and nurturing young talent, it was hard for me to judge people and sometimes hurt their feelings."

In May, Simon Cowell exited after nine seasons to start a new talent show for Fox.

Those under consideration for his spot, according to reports, are a varied group that includes Steven Tyler and Harry Connick Jr.

Lopez' films include "Selena," "The Wedding Planner" and most recently "The Back-Up Plan." She has appeared as a mentor on "American Idol."

She was part of the "Fly Girl" house dancers on the comedy show "In Living Color" in 1990 before becoming a backup dancer for Janet Jackson.

Lopez's first album, "On the 6," came out in 1999, launching a career in pop, Latin, hip-hop and R&B. "Love?" is the latest CD from the Grammy-winner, who has twins with husband Marc Anthony.

Two new judges could help "American Idol" reinvent itself for its January return, when it will try to stem a ratings slide and bring in younger viewers. The show's audience has been gradually aging, and advertisers prefer to pitch to young adults.

Judge Kara DioGuardi, who was added to the panel two years ago, is not under contract for next year and Fox has not announced whether she'll return. Original judge Randy Jackson is the fourth panel member.

With audition episodes featuring the judges set to begin filming in September, the pressure is on to announce the panel. On Monday, Fox will have a chance to do that when it presents its 2010-11 programs to a meeting of the Television Critics Association.

When DeGeneres joined the show as a replacement for Paula Abdul, proclaiming herself a fan of "American Idol" and a pop aficionado, observers noted she didn't bring music industry expertise to her role. Some complained she proved more of a cheerleader than an incisive critic in the mold of Cowell.

She had a reported five-year contract.

"American Idol" was the nation's favorite program last season, the seventh time it's held that position. But it showed rare vulnerability, beaten in the weekly ratings several times by ABC's "Dancing with the Stars."