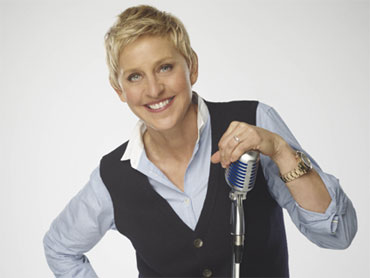 Ellen DeGeneres is dancing off "American Idol" after one season, leaving Fox's hit show with two vacancies on its judging panel.

If the singing contest intends to revamp itself to stem a ratings slide, it has the opportunity to bring in two new faces for season 10 in January.

Fox has yet to announce a replacement for Simon Cowell, who left after the season finale in May to start a new talent show for the network.

"A couple months ago, I let Fox and the 'American Idol' producers know that this didn't feel like the right fit for me," DeGeneres said in a statement. The comedian-talk show host said she realized that while she "loved discovering, supporting and nurturing young talent, it was hard for me to judge people and sometimes hurt their feelings."

DeGeneres said she told the network she would delay any action until it had time to "figure out where they wanted to take the panel next."

A Fox statement contained no announcement of a replacement for DeGeneres. The network could make an announcement Monday, when it presents its 2010-11 programming schedule to members of the Television Critics Association meeting in Beverly Hills.

Judge Kara DioGuardi, who was brought in two years ago to replace Paula Abdul, is not under contract for next year and Fox has not announced whether she'll return.

"It was a joy to work with Ellen," said Mike Darnell, president of alternative entertainment for Fox. "She brought an incredible spirit to Idol."

When DeGeneres joined the show, proclaiming herself a fan of "American Idol" and a pop aficionado, observers noted she didn't bring music industry expertise to her role. Some observers complained she proved more of a cheerleader than an incisive critic in the mold of Cowell.

She had a reported two-year contract.

"American Idol" was the nation's favorite program last season, the seventh time it's held that position. But it showed rare vulnerability, beaten in the weekly ratings several times by ABC's "Dancing with the Stars."