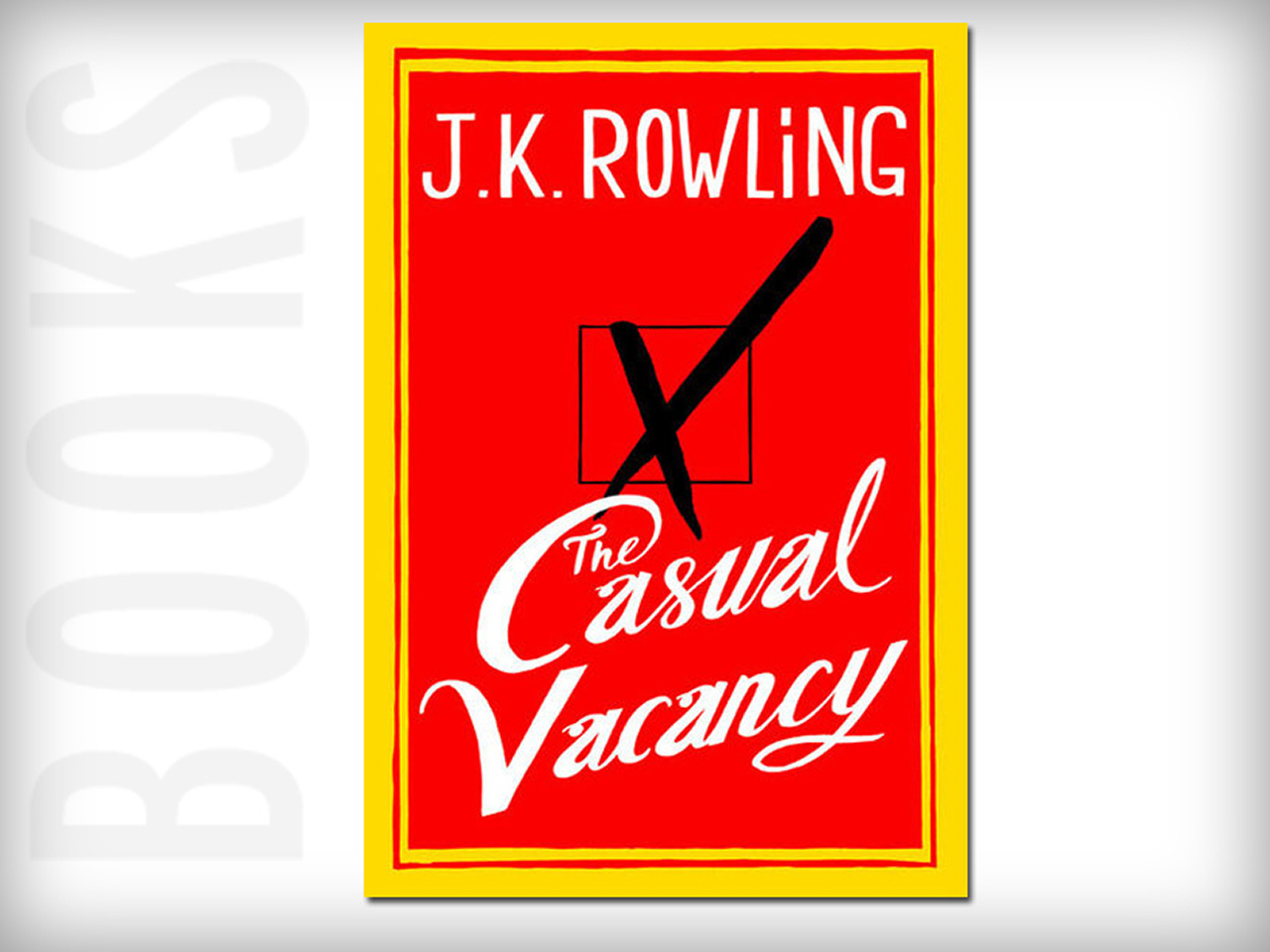 So look, here's the thing: This. Is. Not. A. Children's. Book. If you're looking for what made Harry Potter magical - Wizards! Spells! Flying Broomsticks! - you're not going to find it.

If you're looking for what makes J.K. Rowling magical - emotion, heart - you will.

"The Casual Vacancy" is the first novel written for adults from Rowling, the successful-beyond-belief author behind the "Harry Potter" series about the young boy who discovers he's a wizard.

Published in the U.S. by Little, Brown and Company and in Britain by Little, Brown Book Group, "The Casual Vacancy" is scheduled to come out Thursday and has been held under tight control, with media outlets required to sign non-disclosure agreements before being permitted to see the book. The Associated Press declined to sign such an agreement and instead purchased a copy early.

Already at No. 1 on Amazon, the book has gotten early buzz from references to sex and drugs that might be a tad mature for the youngest "Potter" fans.

It's set in the small British village of Pagford, and tells the story of what happens after the unexpected death of a town official leaves a vacancy on the town's governing body. A long-simmering conflict over what the solidly middle-class village should do about the residents of a poverty-stricken, drug- and crime-infested housing project on the edge of town gets heated, interwoven with the personal lives and problems of Rowling's characters.

This isn't a book that's easy to fall in love with, the way Harry Potter was with its charming, winning hero and his plucky friends, saving the world from evil with the help of a powerful spell or two.

Even with its moments of humor, it's a hard story where some people just don't get saved, because really, they never had a chance. It's filled with often unlikeable people, some of whom cross the line into terrible. They're all unhappy in one way or another, even if the only people who know that are themselves, if that. They can be judgmental, mean, petty and violent. Some are damaged beyond repair. Even the deceased official, in some ways the most positive, moral force in the story, is shown to have hurt his wife with his dedication to his cause that clearly came at her emotional expense.

But what could have been an unreadable story becomes something else in Rowling's hands, thanks to her gift of being able to make her characters complex and really, just human.

Readers know these people. They're familiar, with their moments of lashing out in anger or hoping against hope that this time things will be different. They're people the reader feels something for, even it's just pity, because they're struggling, because life can be hard and sometimes there just aren't any breaks, because even people who look like nothing but trouble can do something good. A number of her characters are teenagers, trying to figure out their places in the world, with all the emotional peaks and valleys that can bring.

That ability to bring her characters to their emotional life was a hallmark of the Harry Potter series - it didn't become a global phenomenon just because it was an exciting adventure, but because there was a real heart to it, characters who had both strengths and weaknesses, who struggled with their choices.

That's what makes this book worth it, despite a slow start and sometimes too much of the descriptions and adjectives that added life to Harry Potter but at times tend to bog Rowling down here. That's what makes the book's ending scenes so heartbreaking - turning the page seems unbearable, but not as much as putting down the book would be.