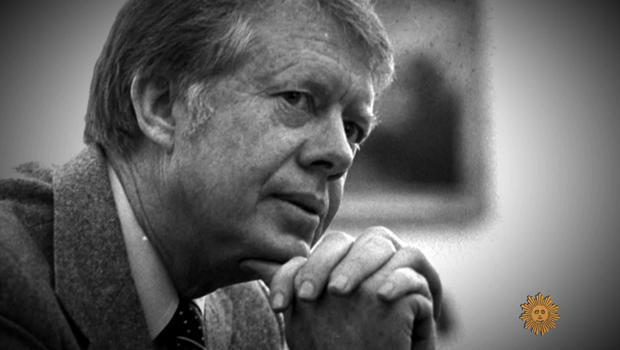 The bestselling historian and journalist Jonathan Alter has a new biography out this week, "His Very Best: Jimmy Carter, A Life" (published by Simon & Schuster, a division of ViacomCBS), and it contains a lesson about race as fresh as today's headlines:

President Jimmy Carter turns 96 this week. And we tend to think we have a pretty good idea of who he is: Peanut farmer and former Governor of Georgia who miraculously wins the presidency, but is saddled by a bad economy, the Iranian hostage crisis, then he gets swamped by Ronald Reagan. Afterwards, he builds houses for the poor, fights diseases with his wife, Rosalynn, and wins the Nobel Peace Prize.

This is incomplete, to put it mildly.

Carter was politically inept but a visionary. He got much more done as president than people remember, especially on the environment. He even planned to tackle climate change in the early 1980s had he been re-elected.

But Carter had an early chapter of his life he's not proud of – something we can all learn from in this time of racial reckoning.

When Carter was in the Navy, he spurned his segregationist upbringing and supported integration. But when he returned to rural Georgia in the 1950s, he spent the next 18 years of his life ducking the civil rights movement. That's because he was politically ambitious, and was worried about his business interests.

Then, after he was elected governor in 1970, Carter found his voice, condemning racial discrimination and the Georgia criminal justice system.

This continued as president, where he brought diversity to the federal government, and globalized the civil rights movement with his human rights policy.

Carter has essentially spent the second half of his life making up for what he did – or actually didn't do – in the first half.

Look, we can't all be Jimmy Carter in what we do for humanity. But as we think how to do more in the struggle for racial justice, let's keep in mind that while it might be too late for today's victims, it's not for tomorrow's.

Let's move from silence to commitment on one of the great moral challenges of our time.

READ AN EXCERPT: "His Very Best: Jimmy Carter, A Life" by Jonathan Alter