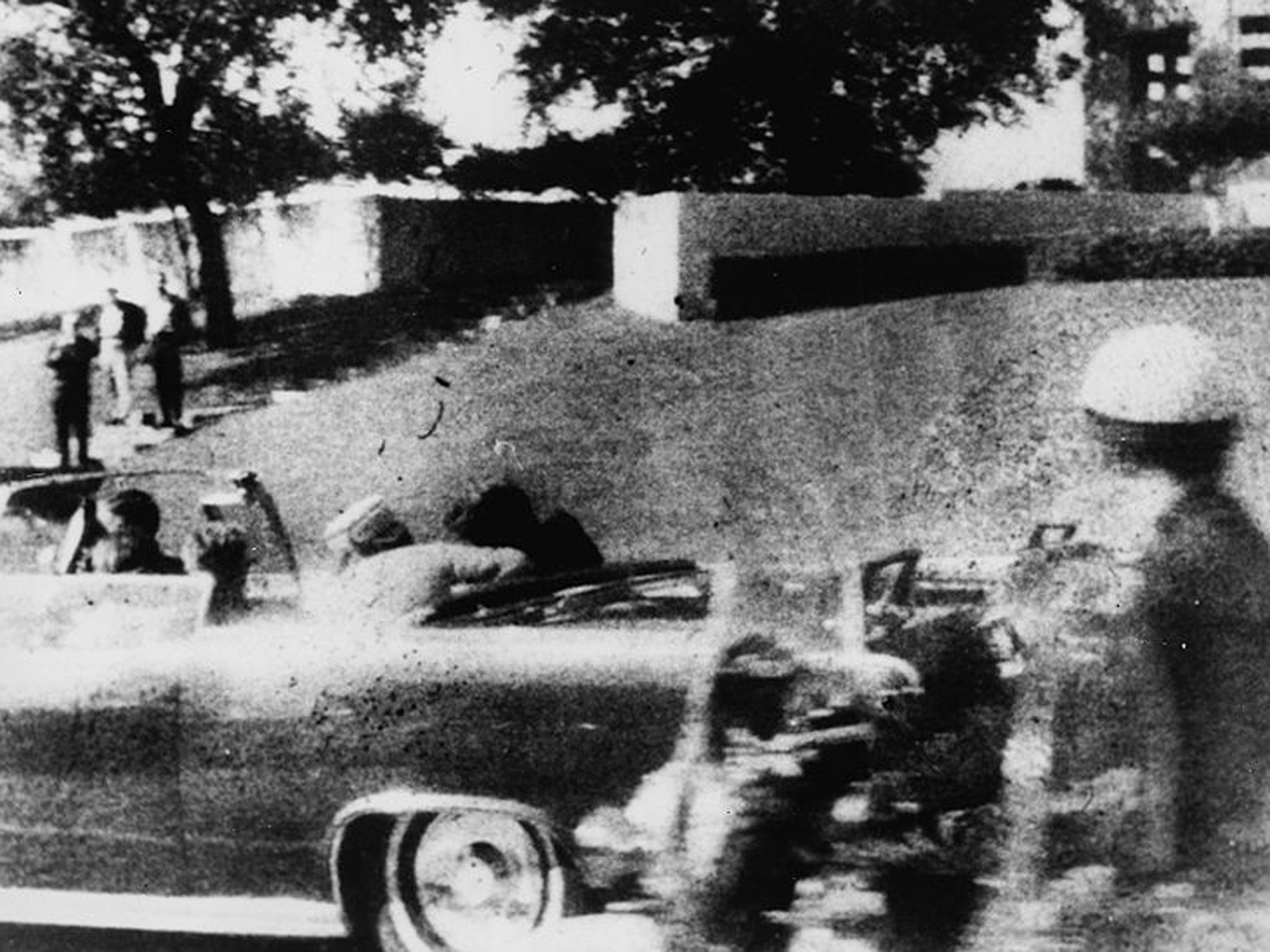 (CBS News)   A little more than ten months after the assassination, a commission headed by Chief Justice Earl Warren issued its report -- and what it concluded fell far short of satisfying those who believe there must be more to the story. Tracy Smith has been looking into that:

But even at that time, most Americans had their doubts.

In a 1963 Gallup poll, when asked if some group or element was also responsible for the killing, more than half of U.S. adults said yes -- and those numbers would grow over time.

In the absence of official information, rumors took root: the most common were that the mob was behind it, or the CIA, or Fidel Castro.

Just this year, former New York Times reporter Philip Shenon revealed that the Warren Commission went so far as to send a man to question Castro face-to-face. In a clandestine meeting on a boat off the Cuban coast, Castro denied any part in the assassination.

Still, the conspiracy theories piled up: Oswald, with his cheap little rifle, couldn't have done it alone.

An unending parade of investigators and news outlets (not the least of which was CBS News) spent years and whatever money it took to find evidence -- ANY evidence -- that the official story wasn't the whole story.

In the 1970s, the House Select Committee on Assassinations confirmed Oswald's involvement, but left the door open for the possibility of another gunman.

The conspiracy theory has been kept alive by other revelations over the years, like a reported plot to kill Kennedy in Chicago three weeks before Dallas.

Stone made what might be the best-known case against the Warren Commission Report.

"Do you see conspiracies in everything? Asked Smith.

"No, not in everything," said Stone. "We have conspiracies, but we also have actions that happen randomly, and accidents do happen."

"Could it just be that we can't wrap our minds around the idea that the most powerful man in the world could be taken out by a nobody?" Smith asked.

"I can wrap my mind around that, sure," he replied. "McKinley was taken out by an anarchist. Lincoln was taken out by conspiracy, but John Wilkes Booth was a totally emotional man. Assassinations are often done by loners."

"I don't believe so in this case, because of all the evidence around Dealey Plaza that day, and all the buildup to the assassination, and the previous attempts on Kennedy. And the autopsy, and the gun, and the bullet, and the thousand little reasons that I'm trying to tell you, too."

Stone didn't stop with "JFK"; his 12-hour "Untold History of the United States" (which aire don the CBS-owned cable network Showtime) fills in the gaps, as he sees them, in the rest of the 20th century.

But Stone says we'll likely never have definitive proof of what happened in Dallas.

"I don't think it's going to be a smoking gun like you think it is," Stone said. "But I do think if you go to the negatives, and you add them up, I think that your logic will lead you, like Sherlock Holmes said, to a deduction. And that deduction is that he was removed."

"By more than one man?" Smith asked.

"Yes, by more than one man. He was removed by our government. Not the entire government, I'm sorry. Certain elements -- in the CIA, I believe -- controlled this operation. They're very good at this game. It's a covert operation."

Today, questions about lone assassins and single bullets are still being asked, but the answers are, in essence, always the same.

Former prosecutor Vincent Bugliosi knows a thing or two about evidence, as the prosecutor who put Charles Manson behind bars.

More recently he wrote a 1,500-page analysis of the Warren Commission Report, and walked away convinced the commission got it right.

"Even though Oswald said up until the time he died he was a patsy and never admitted to any of it?" asked Smith.

"That doesn't mean anything. Of course, if he had the immorality and the boldness to kill the President of the United States, certainly he had the much lesser immorality to deny doing it."

Smith asked, "Why are you convinced there was no conspiracy?"

He replied, "I told a jury once: 'Folks, I will stipulate that three people can keep a secret, but only if two are dead. And here, after 50 years, not one credible word of a conspiracy. Not one syllable has leaked out. Why? 'Cause there's nothing to leak out. It's all simple nonsense. Nothing more."

And there are signs that people are indeed wrapping their heads, if not their hearts, around the idea that Oswald did act alone

A recent CBS News poll shows the majority of people believe others were involved, but that number is declining -- from 75 percent 20 years ago, to 61 percent today.

Now, as then, it was unfathomable.

In 1967, CBS News commentator Eric Sevareid might have put it best:

"What fed the conspiracy notion among many Americans was the sheer incongruity of the affair. All that power and majesty wiped out in an instant by one skinny, weak-chinned little character. It was like believing the Queen Mary had sunk without a trace because of a log floating somewhere in the Atlantic."

And that conspiracy notion may likely exist 50 years from now. Truth is, no amount of evidence can explain what has been, to so many, the unexplainable.