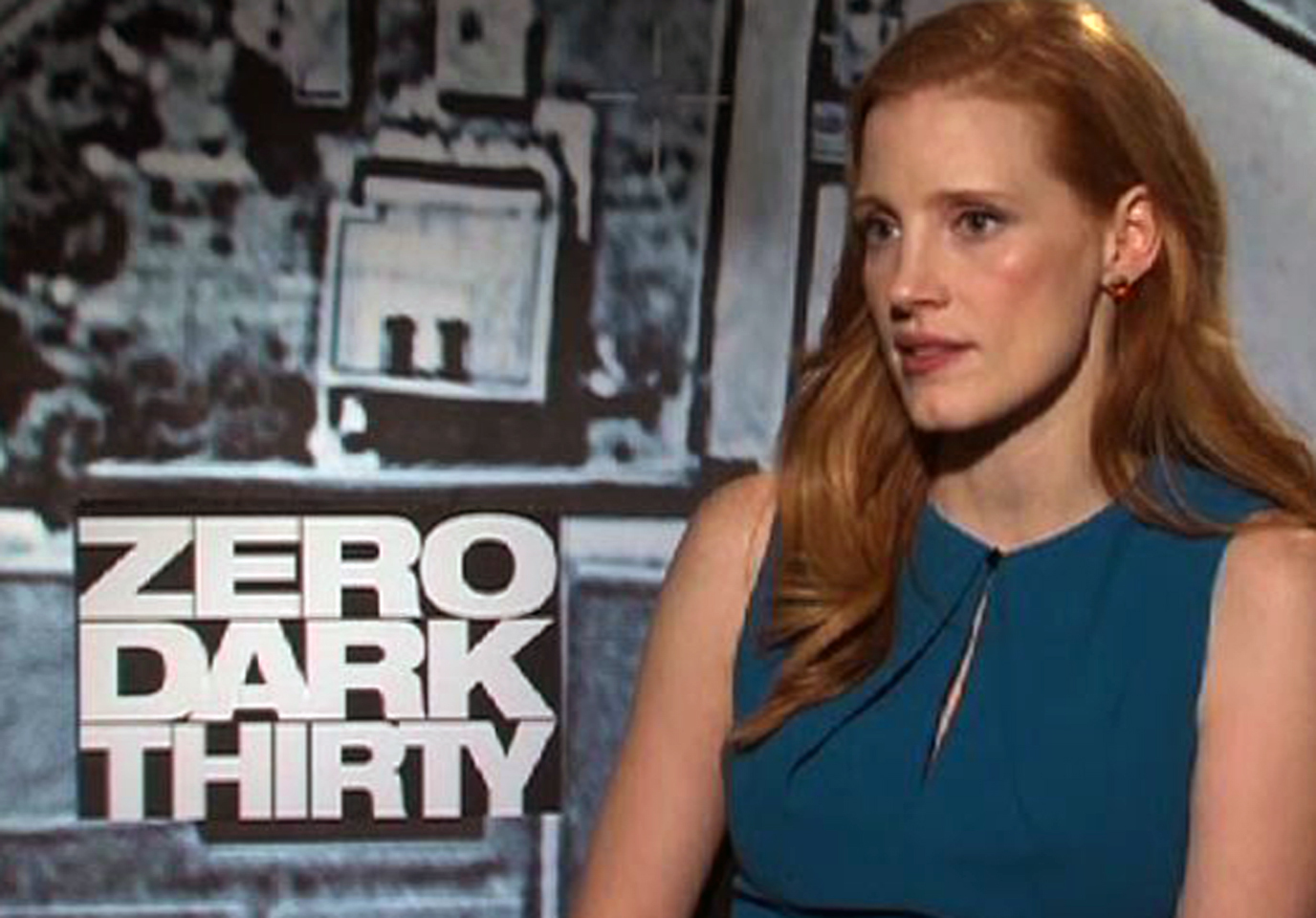 (CBS) We may be the in middle of winter, but the movie awards season is  heating up, with much of the buzz centering on  Jessica Chastain and her performance as a real-life CIA agent on the hunt for Osama bin Laden in the action thriller, "Zero Dark Thirty."

Currently starring on Broadway in the revival of "The Heiress," Chastain (who previously gained an Academy Award nomination for her turn as an eccentric housewife in "The Help") has already scored a Best Actress  Golden Globe  nomination and there has been much talk about  an Oscar nod (if not a win).

Helmed by the same Oscar-winning team (director Kathryn Bigelow and screenwriter Mark Boal) behind the military drama "The Hurt Locker," "Zero Dark Thirty," captures the decade-long search for the al Qaeda terrorist leader, culminating with the Navy SEAL.mission that ended with bin Laden's death back in May, 2011. The story centers around Chastain's character, an undercover CIA operative known only in the film by the code name Maya.

"She's real," Chastain revealed in a recent interview with CBS News, "She doesn't look like me. I couldn't be more different than her in that I'm a very emotional girl. And this is a girl who's trained to be unemotional and trained to be analytically precise."

Chastain never had the chance to actually meet with the real Maya, but the actress told CBS News that she's proud of the way she brought this agent's story to life.

"Hopefully, through playing [Maya], it's thanking her and giving her credit for what she did because she's one of the un-named ones that can never take credit because she's undercover," Chastain added.

We'll see whether Chastain's efforts continue to pay off when this year's Oscar nominations are officially announced on Jan. 10.

Watch our interview with Chastain at the top of this story.

(Oh, and in case you're wondering, the title Zero Dark Thirty comes from a military term used to mark a time when it is dark outside, usually very late or very early in the day.)