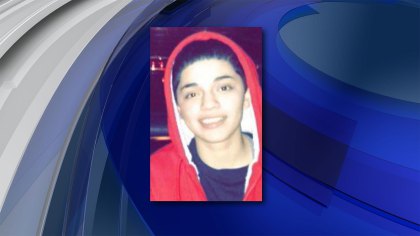 DENVER -- Denver prosecutors are promising to do a thorough investigation after police shot and killed a 16-year-old girl who authorities say struck an officer with a stolen car.

The statement came after about 20 people rallied outside the office of District Attorney Mitch Morissey calling for a special prosecutor to be appointed to investigate the shooting early Monday of the girl identified by friends as Jessica Hernandez.

Morrissey was out of town and chief deputy district attorney Doug Jackson spoke after the rally over shouts and obscenities from some of the protesters. He said the findings of the investigation will be made public and people can decide if the right decision was made.

Few details were immediately released about the shooting in an alley in a middle-class residential neighborhood. Four other people in the car were not injured by the gunfire, and all were being questioned as part of the investigation, police said. It was not clear whether any of them had been arrested.

Early Monday morning, an officer was called to check on a suspicious vehicle, and a colleague arrived after it was determined the car had been reported stolen, Police Chief Robert White said.

In a statement, police said the two officers then "approached the vehicle on foot when the driver drove the car into one of the officers."

White said both officers then opened fire. The officer hit by the car was taken to a hospital with a leg injury.

While authorities say it's unclear if the girl intentionally hit the officer, White said he believes his officers followed protocol in opening fire, reports CBS Denver.

Bobbie Diaz, whose 16-year-old daughter was in the car, said she was lying in bed when she heard four gunshots followed by an officer yelling, "Freeze! Get out of the car! Get down!"

Diaz said she came outside to see officers with their guns drawn pulling people out of the car, including Jessica.

"She seemed like she was not responding, not moving," Diaz said. "They just yanked her out and handcuffed her."

"I'm just trying to process everything. I'm just heartbroken for the girl's family," Diaz said. "How could something like this happen again?"

Another woman, Arellia Hammock, who has lived in the neighborhood for about a decade, said she heard three gunshots about 6:30 a.m. and then saw several police cars streaming down the street. Hammock said she understands one of the officers was injured, but "that's still no reason to shoot."

"They shouldn't have stolen a car. But the cops are too fast on the gun," she said. "You've got stun guns. You've got rubber bullets. Why do they have to shoot all the time?"

That sentiment was echoed during a vigil Monday night as some held signs decrying what they call police brutality.

One of the signs read, "Girls' Lives Matter," a play on the "Black Lives Matter" chant that became a rallying cry after the police killings of unarmed black men in Ferguson, Missouri, and New York City.

"It should have been handled differently. She's a young girl. I'm just not OK with it," said 16-year-old Destiny Moya, who grew up with Jessica.

Both officers involved in the shooting have been placed on administrative leave pending the investigation, which was being conducted by police, the district attorney and the Office of the Independent Monitor, a civilian oversight agency for the city.

Ezra Miller charged with felony burglary in Vermont
Thanks for reading CBS NEWS.
Create your free account or log in
for more features.
View CBS News In
CBS News App Open
Chrome Safari Continue
Be the first to know
Get browser notifications for breaking news, live events, and exclusive reporting.