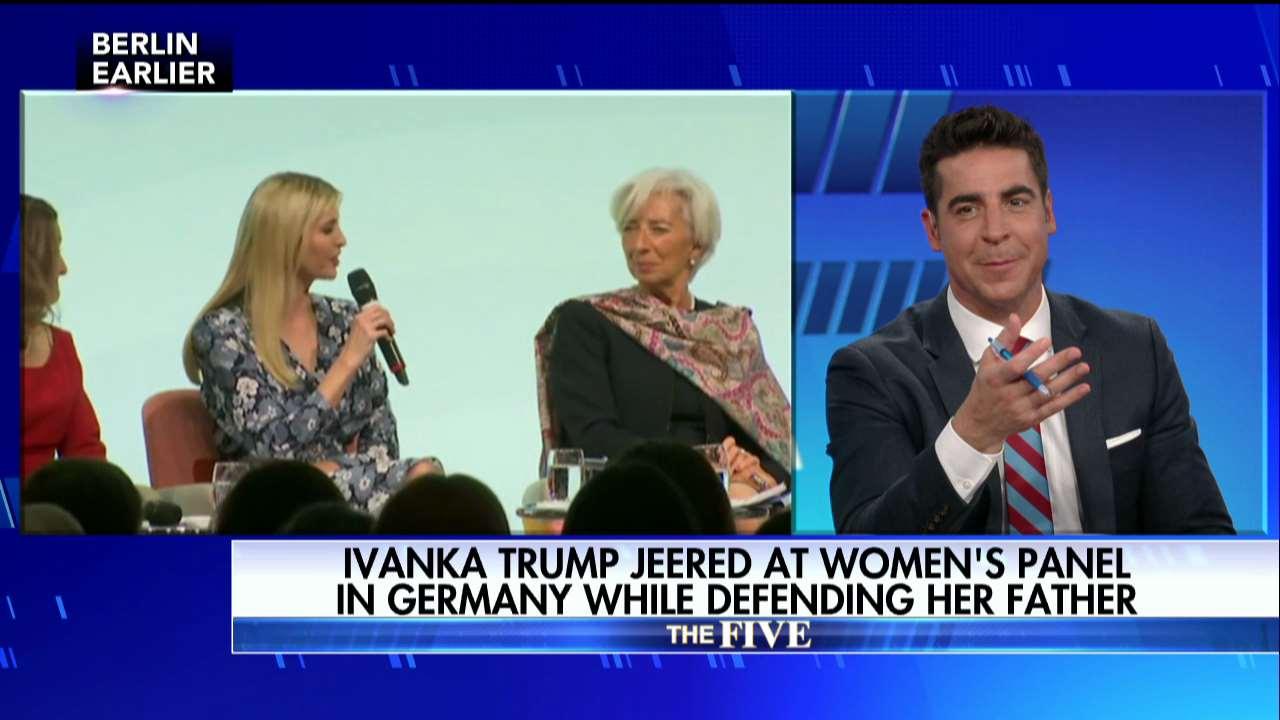 Jesse Watters is taking a break after catching flak for a comment he made about Ivanka Trump.

Though the Fox News personality is denying that he meant anything inappropriate with his comment, the "Factor" (formerly "The O'Reilly Factor") contributor abruptly announced on Wednesday night's show that he was taking a vacation, saying, "I'm going to be taking a vacation with my family, so I'm not going to be here tomorrow. I'll be back on Monday, so don't miss me too much."

The TV host faced backlash after he talked about the first daughter's appearance at the Women 20 summit, when she got booed after defending her father.

He said of the audience's reaction, "It's funny, the left says they really respect women, and then when given an opportunity to respect a woman like that, they boo and hiss."

But Watters was accused of making a sexual joke when he made a hand gesture in front of his face and said, "I don't really get what's going on here, but I really liked how she was speaking into that microphone," with a chuckle.

Watters denied that he meant anything lewd and said, "On air I was referring to Ivanka's voice and how it resonates like a smooth jazz radio DJ. This was in no way a joke about anything else."

Watters has sparked controversy before. In October, watchdog and activist groups were outraged when he interviewed people in New York's Chinatown and jokingly asked them if they were selling stolen goods and if they could "take care of North Korea for us."