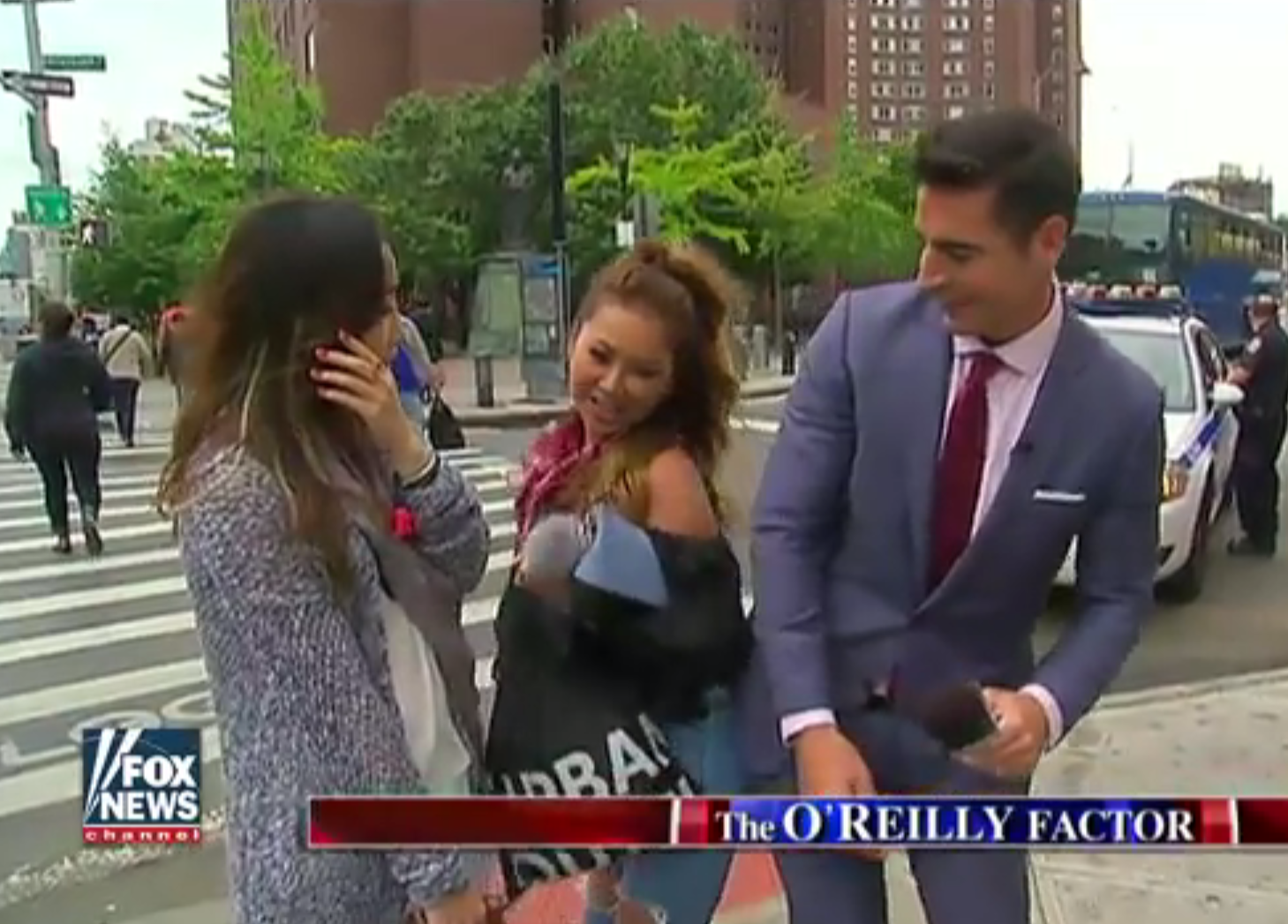 LOS ANGELES Watchdog and activist groups are outraged by a Fox News Channel segment in which an interviewer asked people in New York’s Chinatown if he was supposed to bow to greet them, if they were selling stolen goods and if they could “take care of North Korea for us.”

“It’s 2016. We should be far beyond tired, racist stereotypes and targeting an ethnic group for humiliation and objectification on the basis of their race,” Asian American Journalists Association President Paul Cheung said in a letter to Fox and posted online. He is director of interactive and digital news production for The Associated Press.

Cheung called on Fox to apologize to the Asian-American community and asked for “an explanation for how this type of coverage will be prevented in the future.”

Watters asked people on the street about the presidential race, sought a demonstration of karate and showed footage of him getting a pedicure.

At one point in Monday’s nearly five-minute segment, an elderly woman’s silence in response to a query was paired with a clip from Mel Brooks’ “Young Frankenstein” in which Madeline Kahn shouts, “Speak, speak, why don’t you speak?!”

The coverage, including making “fun” of the Chinese elder, “played into the exoticization and status of perpetual foreigner” of the Asian-American community, Cendana said in a statement.

On Wednesday, the Asian Americans Advancing Justice affiliation said it was outraged by the “blatant, racist and offensive stereotypes of Chinese Americans.”

“It is unconscionable that a news organization would sanction a segment that laughs at a community of people, including Watters ridiculing elderly Chinese Americans who were limited English-proficient,” the group said.

“As a political humorist, the Chinatown segment was intended to be a light piece, as all Watters World segments are,” he wrote.

“My man-on-the-street interviews are meant to be taken as tongue-in-cheek and I regret if anyone found offense,” Watters’ second tweet said.