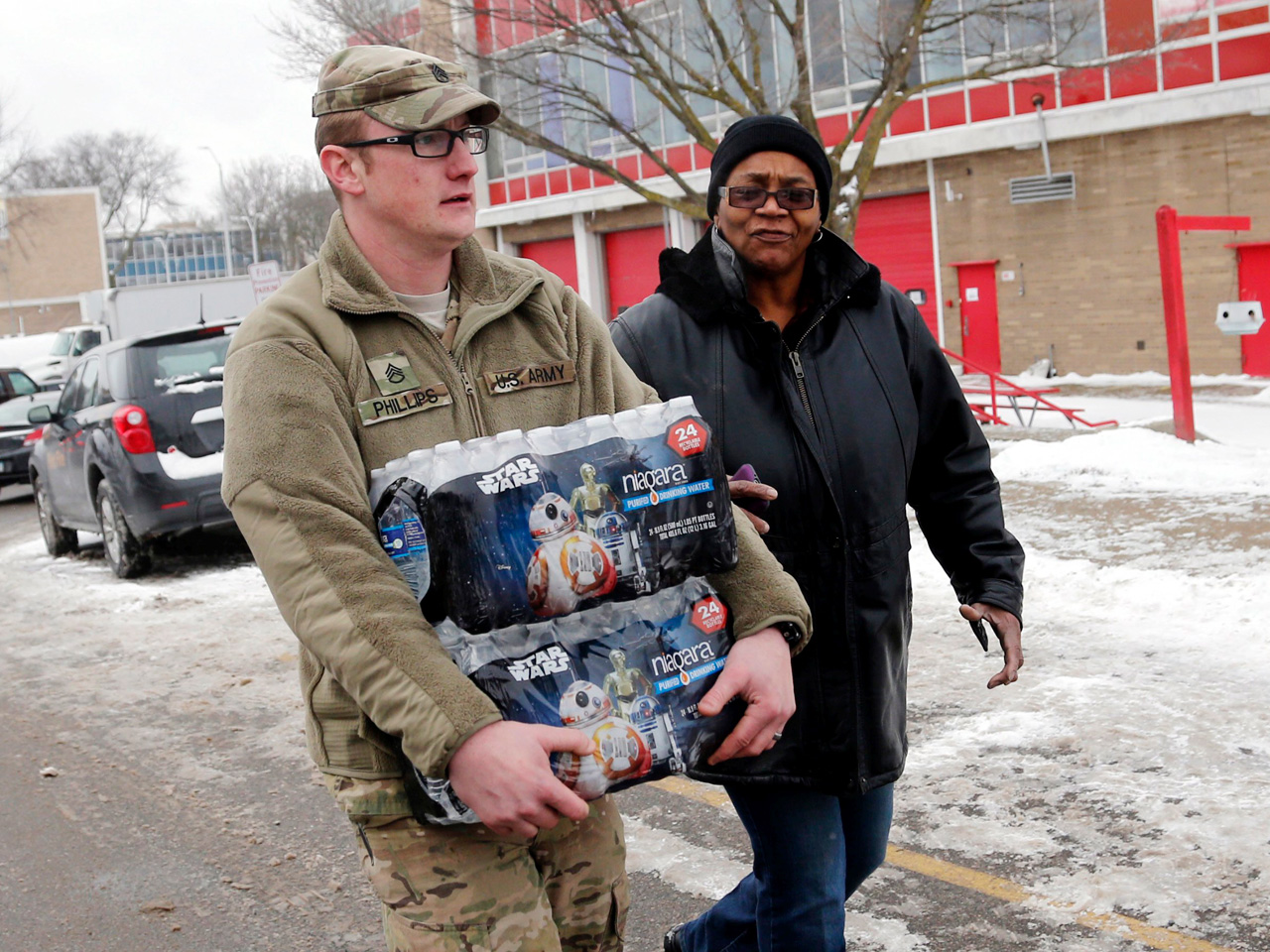 The civil rights leader told a crowd at a church Sunday in Flint that the full effect of the lead contamination of the city's tap water is not yet known.

He said there should be "tape around the city, because Flint is a crime scene," reports CBS Detroit.

The water became contaminated after Flint switched from the Detroit water system to the Flint River as a cost-cutting move. The corrosive water lacked adequate treatment and caused lead to leach from old pipes.

The National Guard is boosting its presence in Flint as part of an effort to assist in dealing with the drinking water crisis.

On Saturday, President Barack Obama signed an emergency declaration for the crisis.

Michigan Gov. Rick Snyder has come under heavy fire for the fiasco, getting heaps of blame for the regulatory failures that led to an underwhelming response to Flint's lead-tainted drinking water.

He has intensified efforts in recent weeks -- declaring an emergency, pledging another round of state funding, activating the National Guard to help hand out lead tests, filters and bottled water and seeking and receiving federal assistance -- but to many, it took way too long.

Recently, he has taken to aggressively firing back at critics of his performance.

Clinton said during Sunday's Democratic debate that Snyder has "acted as though he didn't really care" about the crisis.

At the debate and on CBS' "Face the Nation" Sunday morning, Clinton suggested that her public criticism of Snyder earlier this week spurred him to request federal help dealing with the crisis.

But Snyder told The Detroit News on Monday after speaking at a Martin Luther King Day event in Flint that "politicizing the issue doesn't help matters."

The Republican also reiterated he's focusing "on the solution and how to deal with the damage that was done."

Sen. Bernie Sanders, who is also running for the Democratic nomination, has called for Snyder's resignation.