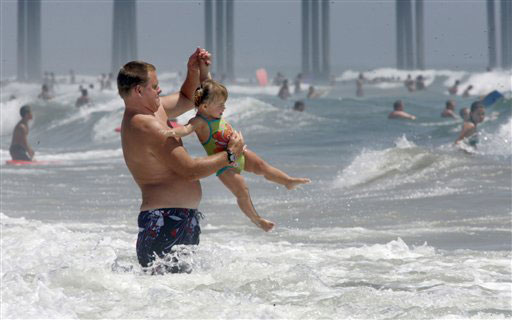 There's a reason all previous Middle East summits put off the question of Jerusalem's status for later, reports CBS News Correspondent David Hawkins: fear that even addressing the issue would blow up the peace process.

It appears the ancient city doomed the most recent round of talks at Camp David.

The reason is Jerusalem is just too important a symbol to both sides for either to compromise. Perhaps nowhere else in the world are religion and politics so complicated, and so concentrated in such a small plot of land.

The dispute over who controls Jerusalem isn't just about real estate; it's about ancient and passionately held beliefs. The city is central to the identity of three of the world's great religions.

For Jews, it is the most holy site of all. Every day, the devout come to pray at the Wailing Wall, all that remains of the Temple, destroyed by the Romans 70 years after the crucifixion of Christ.

Now, where The Temple once stood stands the Dome of the Rock, built where Muslim's believe Mohammed ascended to heaven. It's one of Islam's most sacred places.

In additin to the abundance of religious sites, the city and its suburbs are a checkerboard of Jewish and Arab neighborhoods.

Israel insists on keeping sovereignty over an undivided Jerusalem. It's offering the Palestinians limited authority in Arab neighborhoods and unhindered access to their holy sites.

That's not enough, say the Palestinians. They want Israel to return the all the territory it captured in the 1967 Six-Day War, except for the Old City's Jewish Quarter. The Palestinians demand complete sovereignty over East Jerusalem and want to make it the capital of a new Palestinian state.

Israel declared Jerusalem its capital in 1950, but the United States and most other countries keep their embassies in Tel Aviv to avoid stepping in the middle of the conflict over who is the city's rightful ruler.

The city is one of three main areas of discussion in the peace process. The fate of millions of Palestinian refugees living in the West Bank and in neighboring Arab countries is another emotional issue.

Palestinians want the refugees, many of whom were displaced when the state of Israel was declared, to be allowed to return to their homes.

Some Jewish West Bank settlers, meanwhile, don't want any Palestinians to return, fearing the loss of what they see as their homeland — in the modern and biblical sense.

"First of all, (and) I mean from a religious point of view, this is our home and this is our homeland without a question," says Sarah Frankel, one of about 150,000 Jewish settlers living on the West Bank.

It's likely that a peace agreement would allow a token number of refugees back, while the rest might receive financial compensation.

To Jamil Saafi, who has lived at the Jelazun refugee camp on the West Bank since he was 11 years old, financial compensation is ridiculous.

"It's not right," said Saafi. "It's the land of our forefathers. All the money in the world will not be enough."

However, if Israel agrees to hand over the territory to the Palestinians, Lerer and other Jews could be forced out, or be surrounded by a new Palestinian state.

Like many Israeli settlers on the West Bank, she fears the talks at Camp David will threaten her way of life.

"If somebody came to your neighborhood in the states, or wherever you live, and said that you have 10 days to get out or we're surrounding your house," Lerner says, "how would you like it?"

"They're talking about a peace treaty and this is not going to be peace," she adds. "This is going to be war."

Most Israelis, though, are tired of war. A majority of them favor a deal with the Palestinians. And many Palestinian refugees are willing to trade their half-century-old claims for peace with Israel.

"Peace is the most important thing now," says Ansaf Rumane, a refugee.