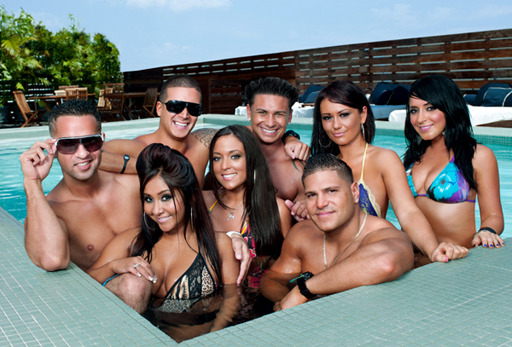 NEW YORK (CBS) Fans are gearing up for more fist pump action as MTV's favorite "guidos" and "guidettes" are making a dramatic return to television.

"There's so much more hookups, make-ups, breakups, the whole nine, and you guys are definitely going to love season two," Mike "The Situation" Sorrentino said to MTV News. "Sit back and relax! You guys can see how to party!"

Season two will follow the crew as they escape the cold Northeast for warm Miami. All eight original cast mates will return for the second season, but it will be the last for Angelina Pivarnick, the self-professed "Kim Kardashian of Staten Island."

She is expected to be replacedby New Jersey native Deena Nicole Cortese. Although MTV has yet to confirm this, several photos have surfaced of Cortese hanging out with the cast as they film the third season in Seaside Heights, N.J.

The second season of "Jersey Shore" premieres Thursday on MTV.