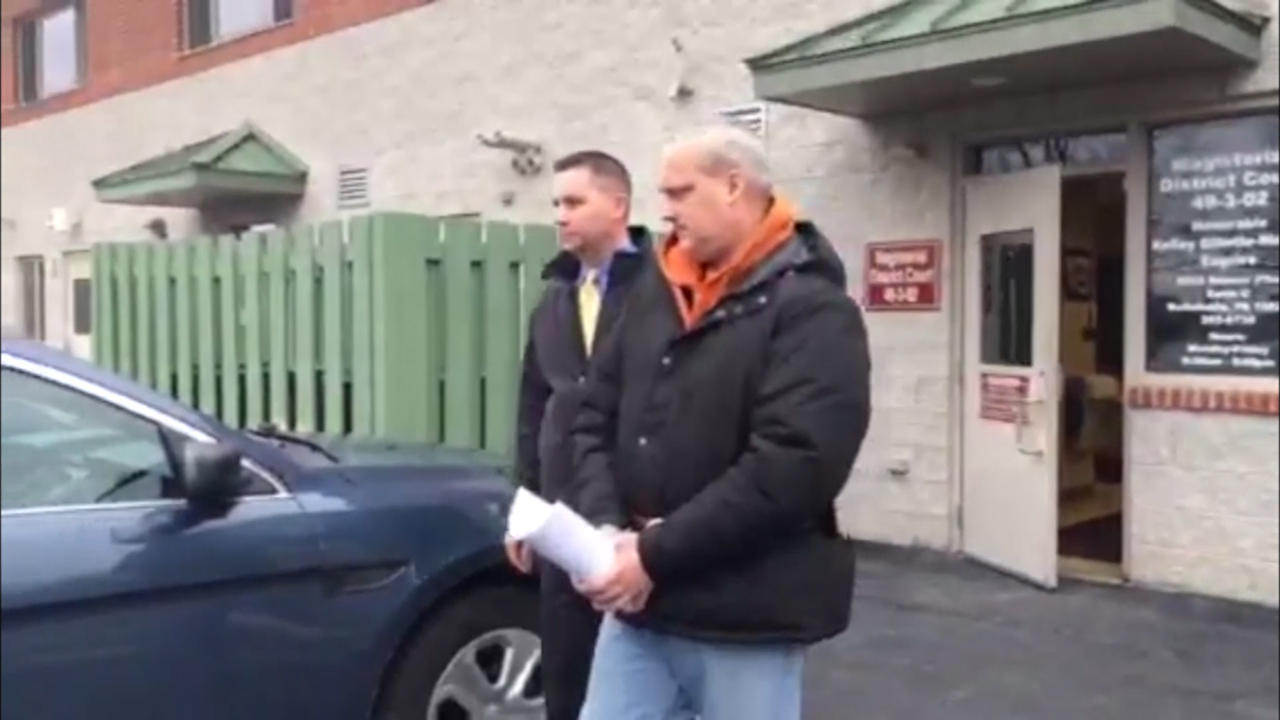 Jerry Sandusky, a former Penn State assistant football coach, was convicted in 2012 on multiple counts of child sex abuse and sentenced to at least 30 years in prison.

Jeffrey Sandusky, a stalwart supporter who attended many of his father’s court proceedings, was charged with 14 counts, according to court records. He was jailed on $200,000 bail.

State police began investigating the younger Sandusky in March 2016 after a minor claimed to have received text messages from him, including some that asked for naked photographs, according to a district attorney’s office statement.

“Sandusky would tell the victim to erase all of the texts and not to tell anyone,” the statement said.

The explicit text messages were shared with the child’s father, who then notified police, WTAJ reports. Investigators obtained the messages and confirmed the account, the DA says. State police tell WTAJ Jeffrey Sandusky was dating the child’s mother and had lived in their home for about five years.

According to a criminal complaint obtained by the station, a second child was also allegedly abused dating back to 2013. The second victim told investigators Jeffrey Sandusky had solicited her for oral sex when she was 16, according to the DA.

The station reports that after the allegations came to light, Sandusky was asked to leave the home.

Jeffrey Sandusky is reportedly prohibited from any contact with minors. His defense lawyer, Lance Marshall, declined to comment on the allegations.

“All children have a right to feel safe,” Centre County District Attorney Stacy Parks Miller said in the statement. “We will prosecute this case as aggressively as we do all child abuse cases.”

The state Corrections Department said that because of the charges, Jeffrey Sandusky was suspended without pay Monday from his job as a corrections officer at Rockview State Prison, near State College. He had been hired in August 2015.

Jeffery is one of Jerry Sandusky’s six adopted children.