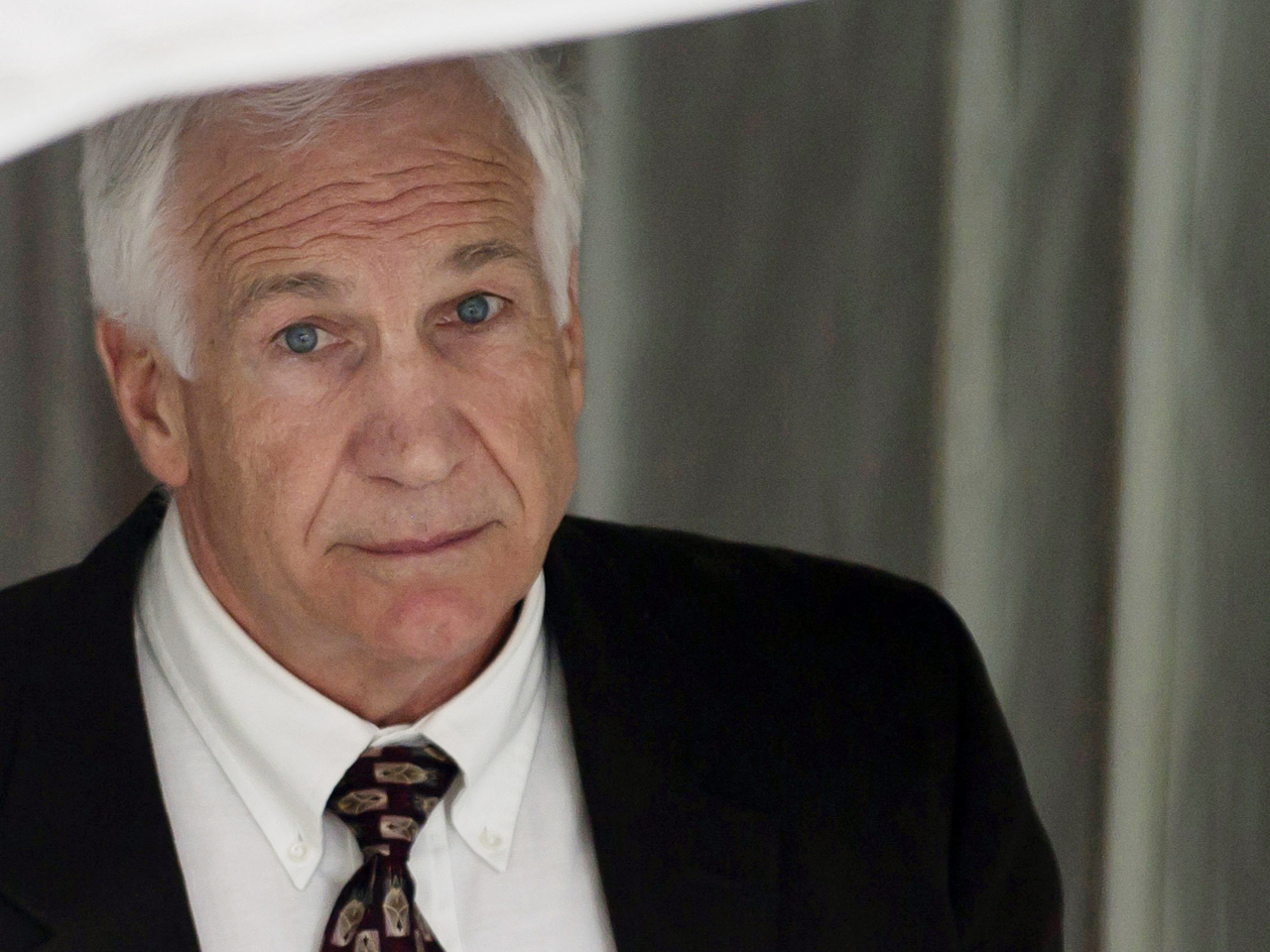 (CBS/AP) - Nearly two decades before Matt Sandusky's allegation that he was sexually abused by his adoptive father Jerry Sandusky, his biological mother raised questions about their relationship.

Debra Long fought the court system over her son's placement in the home of the fomer Penn State assistant football coach, who was convicted Friday of sexually abusing 10 boys.

Her objections, which she discussed in a December interview with The Associated Press and also shared with Pulitzer Prize winning Harrisburg Patriot-News reporter Sara Ganim in March, add a new dimension to the grim trial testimony that illustrated how Sandusky wooed the victims he culled from his charity for at-risk youth.

"If they'd have listened, these boys didn't have to be abused," Long said. "They would have found the problem back then, and a whole lot of kids wouldn't be victims now."

Instead, she said, "we couldn't get anything done. It was Jerry Sandusky. He started The Second Mile home. He could've done nothing wrong."

Matt Sandusky said that Jerry Sandusky, once Hall of Fame coach Joe Paterno's heir apparent, began sexually abusing him in the late 1980s, when he was 8 years old, and continued until he was 15, according to a police interview recording that NBC aired Tuesday.

He was placed in foster care with the Sandusky family in January 1995, about a month after he set fire to a barn and several months after Long tried to cut him off from Sandusky and The Second Mile.

Matt Sandusky, who was adopted after he turned 18, described for investigators showering with the ex-coach and trying to avoid being groped in bed, according to the police recording. He said he was undergoing therapy, that his memories of abuse were only now surfacing and that he was coming forward so his family would know what happened.

His attorneys confirmed the recording's authenticity to news outlets, including CBS News.

"Although the tape was released without Matt's knowledge or permission, it illustrates that he made the difficult decision to come forward and tell the painful truth to investigators despite extraordinary pressure to support his father," the lawyers, Justine Andronici and Andrew Shubin, wrote in the statement.

Jerry Sandusky hasn't been charged with abusing his son. Unless Matt Sandusky alleges rape, which he didn't do in the police recording, the ex-coach cannot be charged criminally based on his son's accusations, because of the statute of limitations.

In the December interview with the AP, Long said that Sandusky was pushy, was controlling and estranged Matt from his birth family but that Centre County's court system ignored her concerns because of Sandusky's stature.

Long did not return several messages left for her on Monday and Tuesday.

Records provided to AP by Long in December show that after Matt Sandusky attempted suicide in 1996, his probation officer wrote, "The probation department has some serious concerns about the juvenile's safety and his current progress in placement with the Sandusky family."

Despite those concerns, probation and child welfare officials recommended continued placement with the Sandusky family and the judge overseeing his case agreed. Centre County President Judge Thomas Kistler, who joined the bench in 1997 and was not involved in Matt Sandusky's juvenile case, said he saw "legitimate questions" about the decision to keep Long's son in the Sandusky home, but "I can't shed any light on them."

Speaking generally, he said nearly every birth parent objects when the state decides to remove a child from the home.

"These kinds of decisions made by judges and social workers are very emotionally charged. I don't think the parents have ever agreed with me on any of the cases where I've taken the kids," he said.

In the early years of his relationship with Jerry Sandusky, Matt would hide behind a bedroom door and beg his mother to tell the coach he wasn't home when he spotted Sandusky pulling in the driveway, Long said.

Her son never said why.

"Nobody could ever get that out of him. But then again, Matt was afraid of Jerry," she said.

Long said Matt was a good kid but began acting out after Sandusky entered the picture and his behavior got progressively worse. She became alarmed by Sandusky's controlling behavior and tried to stop visitation in the fall of 1994.

But Sandusky continued taking Matt out of school, without her knowledge or consent, she said.

"I didn't like his treatment of Matt," she said. "I thought he was a little too possessive, and it was my son, not his son."

Long said she knew Matt would be placed in a Second Mile foster home but didn't think it would be with the Sandusky family. Of all the foster families in Centre County, "he had to end up with that one," she said. It struck her as odd.

Long was initially limited to a half-day a month with her son. Her lawyer repeatedly petitioned the judge for greater access.

Matt attempted suicide in March 1996, swallowing 80 to 100 pills, according to the probation department report. He referred to it in the recent police interview.

"I know that I really wanted to die at that point in time," he said.

But he nevertheless indicated he wanted to remain in the Sandusky home.

"I would like to be placed back with the Sandusky's, I feel that they have supported me even when I have messed up," Matt Sandusky wrote shortly after the suicide attempt. "They are a loving caring group of people."

Long said she once called the Sandusky house when Matt's biological brother, Ronald, was in an accident. She said Sandusky's wife, Dottie, answered the phone and said, "What are you calling him for? It's no longer his brother."

Jerry and Dottie Sandusky couldn't conceive children, according to his autobiography, and adopted six children. None of the other five has commented on their father's legal case or Matt Sandusky's allegations. Messages left for them were not returned.

Matt Sandusky said, according to the NBC recording, that he decided to come forward after publicly standing by his dad, for his family, "so that they can really have closure and see what the truth actually is. And just to right the wrong, honestly, of going to the grand jury and lying."