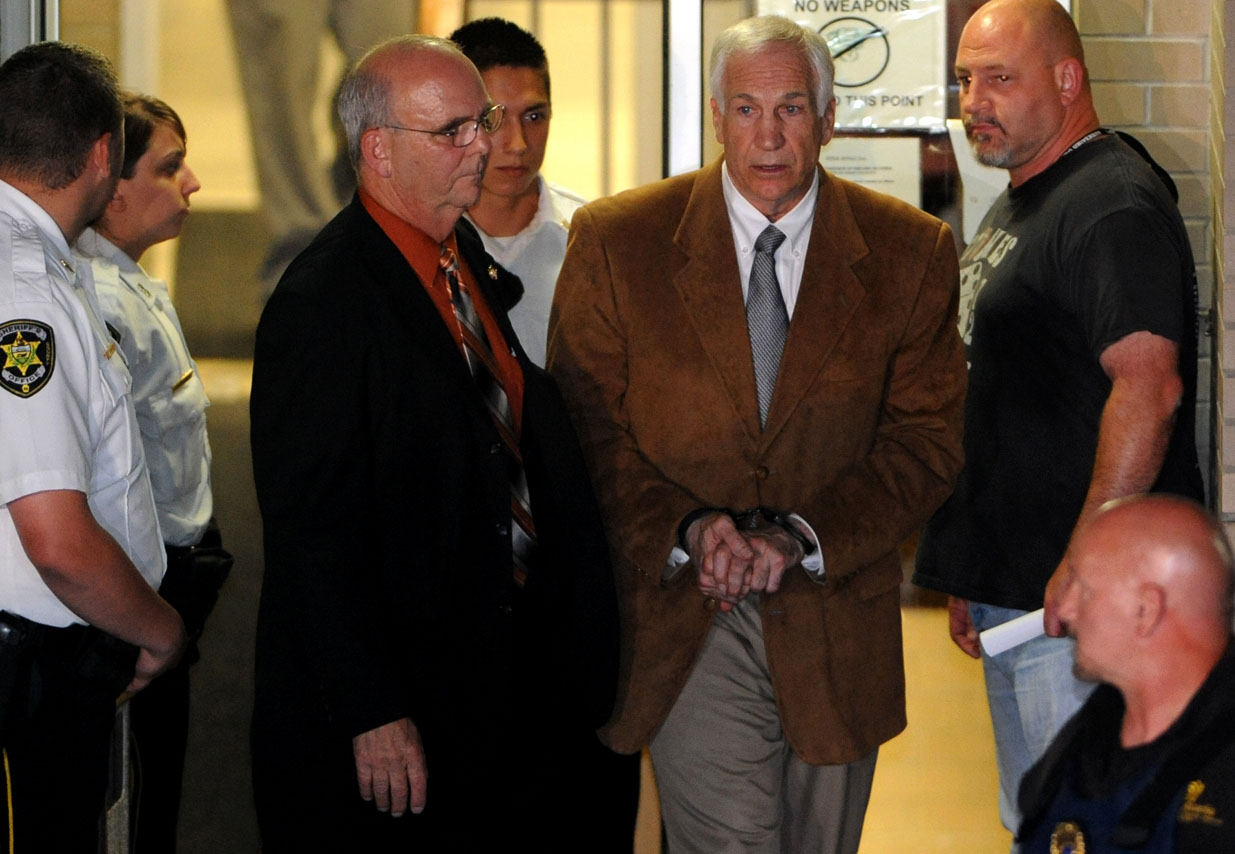 (CBS/AP) STATE COLLEGE, Pa. - Jerry Sandusky's adopted son Matt, now 33, told police he was abused starting when he was 8 years old, about a decade before the allegations for which the former Penn State assistant football coach was convicted, according to a police interview recording obtained by NBC News.

Matt Sandusky, who was adopted as an adult, described for investigators showering with the ex-coach and trying to avoid being molested in bed. He also said he was undergoing therapy and that his memories of abuse were only now surfacing.

"If you were pretending you were asleep and you were touched or rubbed in some way you could just act like you were rolling over in your sleep, so that you could change positions," Matt Sandusky said in an excerpt played Tuesday on NBC's "Today."

His attorneys confirmed the recording's authenticity to The Associated Press.

"Although the tape was released without Matt's knowledge or permission, it illustrates that he made the difficult decision to come forward and tell the painful truth to investigators despite extraordinary pressure to support his father," lawyers Justine Andronici and Andrew Shubin wrote in a statement.

The same lawyers issued a statement Thursday saying Matt Sandusky had been abused and had spoken to investigators while his father was on trial. The next day, Jerry Sandusky was convicted on 45 criminal counts stemming from the abuse of 10 boys, all of whom he met through his charity for at-risk youth, The Second Mile.

Matt Sandusky met the man who would eventually adopt him through the same organization.

Jerry Sandusky, who has five other adopted children, hasn't been charged with abusing his son.

On the recording, Matt Sandusky says he was sexually abused off and on between the ages of 8 and 15. While being questioned by an investigator, he says Jerry Sandusky would blow "raspberries" on his stomach and touch his genitals.

Asked if he recalled engaging in oral sex or being raped by the former Penn State coach, Matt Sandusky says "at this point I don't recall that."

The son was prepared to testify against his father, lawyers have said. Defense attorney Joe Amendola has said that prosecutors told the defense that if Jerry Sandusky took the stand, Matt Sandusky would have been called as a rebuttal witness.

Another defense attorney, Karl Rominger, told the AP he and Amendola heard the tape before deciding not to put Jerry Sandusky on the stand last week.

On the recording, Matt Sandusky listed his grand jury testimony among the reasons for coming forward amid his adopted father's trial, saying he wanted to "right the wrong" that was "going to the grand jury and lying."

Jerry Sandusky, 68, is under observation at the Centre County jail, where he is being kept away from other inmates pending a psychological review that will help determine the next step toward his sentencing in about three months.