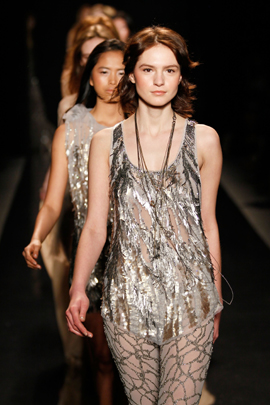 Rumors have swirled that the designer is in contention with the likes of Vera Wang and Georgina Chapman.

Her works could be found anywhere. Her designs have made appearances onto the red carpet with the likes of Eva Longoria, Beyonce and Jennifer Aniston gracing a Jenny Packham creation.The graduate from Central Saint Martins College of Art has also found her work making its way to the silver screen. Her work has been featured in Sex and the City, Devil Wears Prada and James Bond Casino Royale and Die Another Day.

They can not only be seen on the red carpet but are sold in Packham's stores in London, Paris and Beirut.