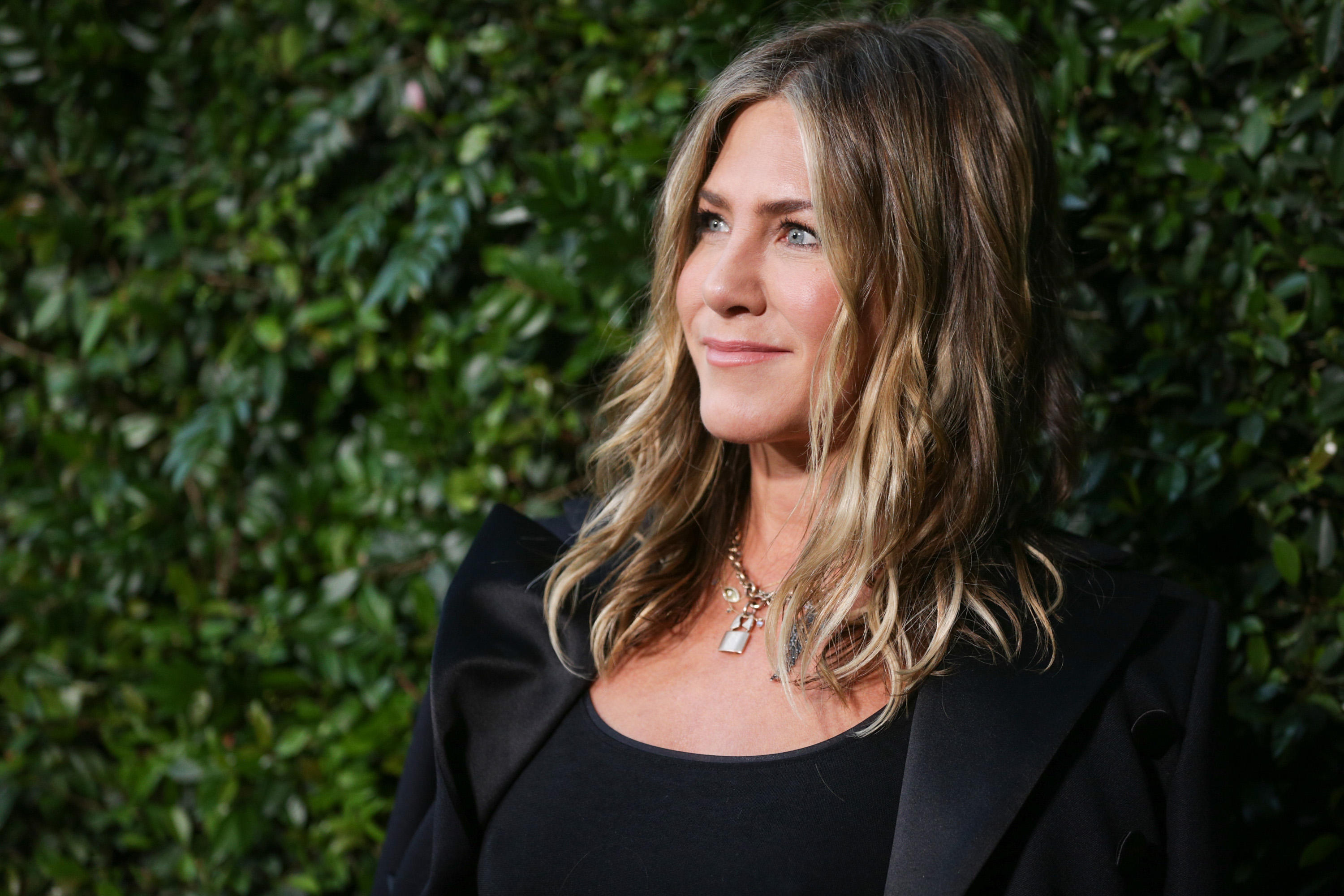 Yes, Jennifer Aniston has heard all of the "Jen can't keep a man" buzz, loud and clear, and she's sick of it. In a new interview for the September issue of InStyle, she talked about the pressure she feels from the rumors.

Aniston opened up to her friend, the writer and producer Molly McNearney (who is married to Jimmy Kimmel), about her love life and the intense tabloid speculation surrounding it. In February, the actress announced that she and Justin Theroux were separating after two and a half years of marriage.

"For the most part I can sit back and laugh at the ridiculous headlines because they have gotten more and more absurd," Aniston said. "I guess they're feeding into some sort of need the public has, but I focus on my work, my friends, my animals, and how we can make the world a better place. That other stuff is junk food that needs to go back in its drawer."

She said she's tired of the assumption that she is depressed because she doesn't have children.

"The misconceptions are 'Jen can't keep a man,' and 'Jen refuses to have a baby because she's selfish and committed to her career.' Or that I'm sad and heartbroken," she says. "First, with all due respect, I'm not heartbroken. And second, those are reckless assumptions. No one knows what's going on behind closed doors. No one considers how sensitive that might be for my partner and me. They don't know what I've been through medically or emotionally. There is a pressure on women to be mothers, and if they are not, then they're deemed damaged goods. Maybe my purpose on this planet isn't to procreate. Maybe I have other things I'm supposed to do?"

"I've definitely had my fair share of sexism in the media. Women are picked apart and pitted against one another based on looks and clothing and superficial stuff," she said. "When a couple breaks up in Hollywood, it's the woman who is scorned. The woman is left sad and alone. She's the failure. F that. When was the last time you read about a divorced, childless man referred to as a spinster?"

Recently, Aniston announced that she and pal Reese Witherspoon will star and produce a new series about a TV morning show for Apple.