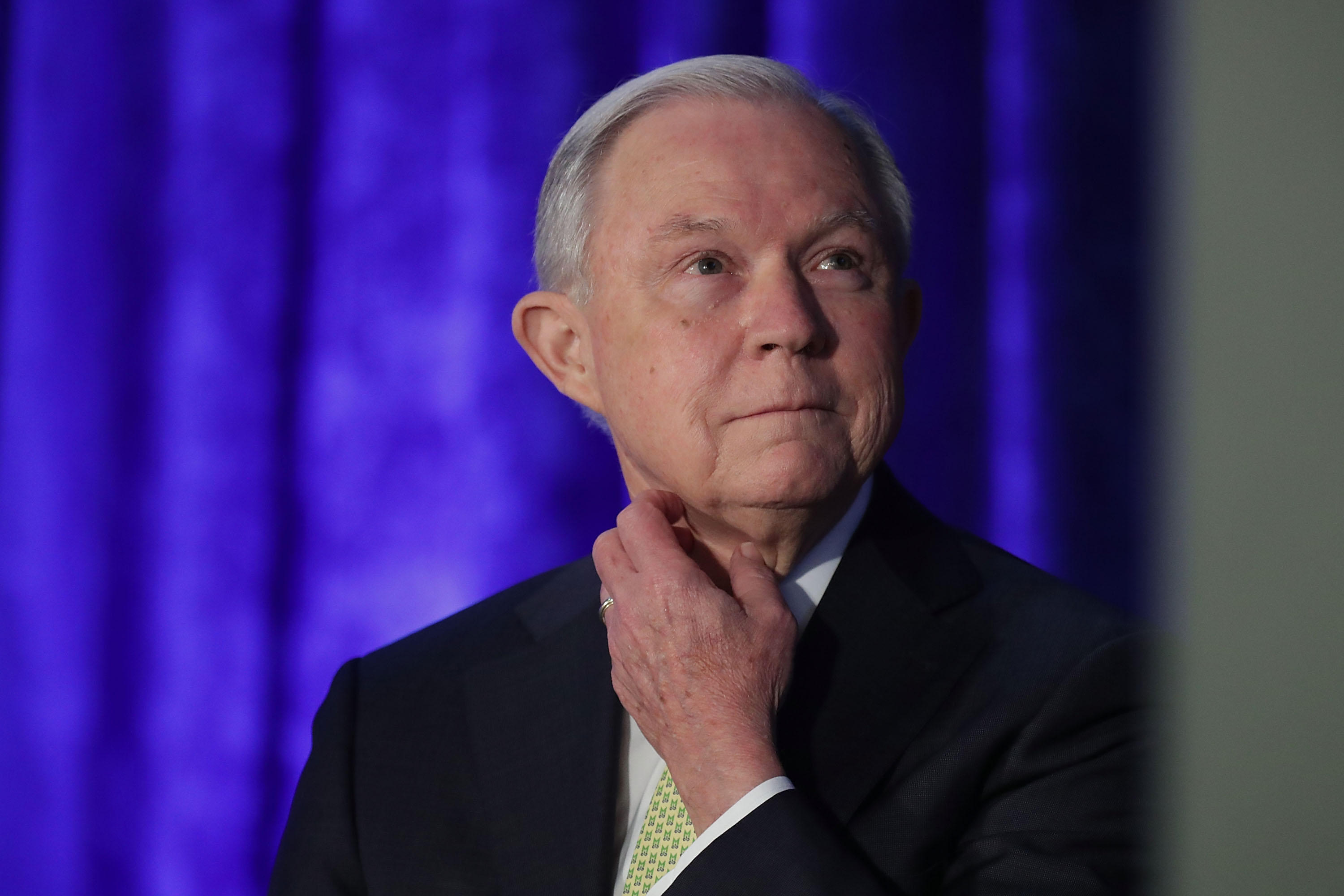 SAN SALVADOR, El Salvador  -- After being berated for a week by President Donald Trump, Attorney General Jeff Sessions said Thursday he will stay in the job for as long as Trump wants him to serve. He conceded that the president's criticism pains him, though.

Asked by Fox News' Tucker Carlson whether he thinks Mr. Trump's criticism is fair, Sessions said that "it's kind of hurtful, but the president of the United States is a strong leader." He also told Carlson the president "has had a lot of criticism, and he's steadfast, determined to get his job done, and he wants all of us to do our job. And that's what I intend to do."

Sessions told The Associated Press he and Mr. Trump have a "harmony of values and beliefs" and he intends to stay and fight for the president's agenda "as long as he sees that as appropriate."

"If he wants to make a change, he has every right," Sessions said in an interview outside the U.S. Embassy in San Salvador during a mission to increase international cooperation against the MS-13 gang. "I serve at the pleasure of the president. I've understood that from the day I took the job."

Congressional Republicans have rallied around Sessions, a former senator from Alabama, and expressed mortification at the humiliation visited on him by the president in several interviews and a series of tweets branding him weak and ineffective.

Mr. Trump is upset that Sessions recused himself months ago from the investigation into interactions between Russian officials and the Trump campaign, and that he has not taken a tougher line against his defeated Democratic rival, Hillary Clinton.

After meeting his Salvadoran counterpart, Sessions told AP he was "thrilled" with the support he's received, presumably from lawmakers.

He acknowledged, with considerable understatement, "it hasn't been my best week .... for my relationship with the president." The two have not spoken recently, he said. "But I look forward to the opportunity to chat with him about it."

In Washington, lawmakers are aiming to prevent the dismissal of Special Counsel Robert Mueller, a development that might be made easier if Sessions were pushed aside.

Graham is working on legislation that would block the firing of special counsels without judicial review. Democrats Sheldon Whitehouse of Rhode Island and Richard Blumenthal of Connecticut said Thursday they are among the senators on the Senate Judiciary Committee who are working with Graham on the effort.

Graham and Whitehouse lead the Judiciary panel's subcommittee on crime and terrorism and have been investigating Russian meddling in the election along with the committee's chairman, Iowa GOP Sen. Chuck Grassley.

In a tweet, Grassley indirectly warned that should a new attorney general need to be confirmed, it couldn't happen in 2017. "Everybody in D.C. Shld b warned that the agenda for the judiciary Comm is set for rest of 2017. Judges first subcabinet 2nd / AG no way," he tweeted Wednesday night.

Blumenthal said that the bill "might be a committee effort" and said that it would protect Mueller and other special counsels. He said firing Mueller "would precipitate a firestorm that would be unprecedented in proportions."

Sessions recused himself from the investigation into election meddling after he admitted to meeting with Russia's ambassador during the campaign.