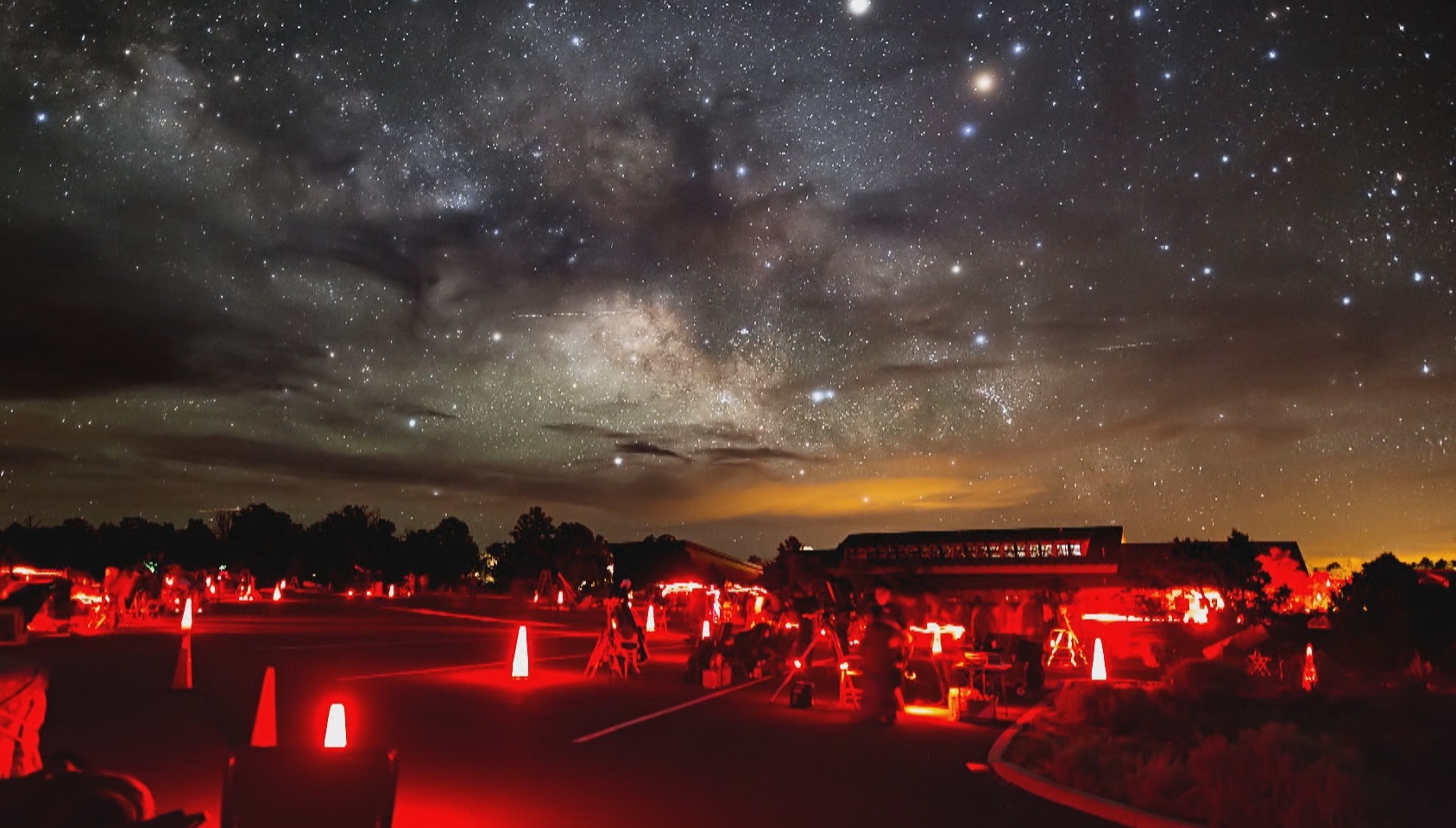 With its red rocks and roaming Colorado River, the Grand Canyon is stunning enough by day. But seeing the park in daylight is only half the story as we watched astronomers gathered for a "Star Party." They set up high-powered telescopes to stare deep into outer space.

It's an event that's historic this summer, because the Grand Canyon was just named the newest park to be certified as "Dark Sky," only the 12th national park to earn the distinction. A rigorous process through the International Dark-Sky Association, whose mission to protect the natural sky from man-made glare, leads to this official designation, reports CBS News correspondent Jeff Glor.

"It is a big deal. I mean, you're talking about one of the most well-known national parks in the world. And now to have added something like this is a huge accomplishment for this park. We're very excited," said John Barentine of the International Dark-Sky Association.

Barentine said it took two years to find every light in the park - even ones that park rangers didn't know existed.

As evening faded over the park, we began to see firsthand why the project was so important. As the last clouds cleared, the full scope of a clear night sky emerged -- the moon, Mars and Jupiter. Beyond the brilliant star clusters, you could see the unmistakable glow of our galaxy, the Milky Way.

"The fraction is on order, probably two thirds of people in the world live in places that are too light polluted to see the Milky Way," Barentine said.

"Why is it so important to protect these skies?" Glor asked him.

"This connects to something in our past that we are rapidly losing touch with. And that's the sense of common humanity we had in the era before Internet and before radio and television when we sat outside under the stars at night and told our stories," Barentine responded.

Living in or near a city, you will never see stars like in the Grand Canyon. It is both inspiring and humbling.

"It reminds me how small we are," Coreara said.

"The notion of preserving these skies -- is one that resonates with you?" Glor asked.

"Yeah, definitely. I'm from the Phoenix area so we have extreme light pollution there, like it's a big city, there's lights everywhere. ... You can't really see much out even in the suburbs," she said, "And when you come out here and you can just look up and see the Milky Way and like these incredibly dark skies it's like, 'Wow, we should really just turn off our lights more often.'"

Getting named Dark Sky is a long process that will take a park this big more than five years in total to complete. Ranger Rader Lane showed us why so many of the 5,000 lights in the park have to be replaced. Some new lights are good, as they only shine light where needed. But the majority of the lights cast too big a glare.

At the Star Party, we learned that even the smallest amount of light can ruin your view of the night sky. There are no white lights allowed, just red ones. And that's because if you see a white light, your eyes will reset and it then takes them another 20 minutes at least to get used to the dark skies. That means no looking at your phone and certainly no camera flashes.

Astronomers and tourists took in views that are timeless, and for many, fast fading. Barentine hopes the Grand Canyon's historic dark sky certification serves as an inspiration around the world.

"There's something that so intimately connects us to nature in the universe by being out under a starry sky and if I have a personal mission in the work I do for the organization, it's that every kid in America or even around the world would be able to experience that, because for somebody who comes from a place that's light polluted, it's really life-changing," he said.