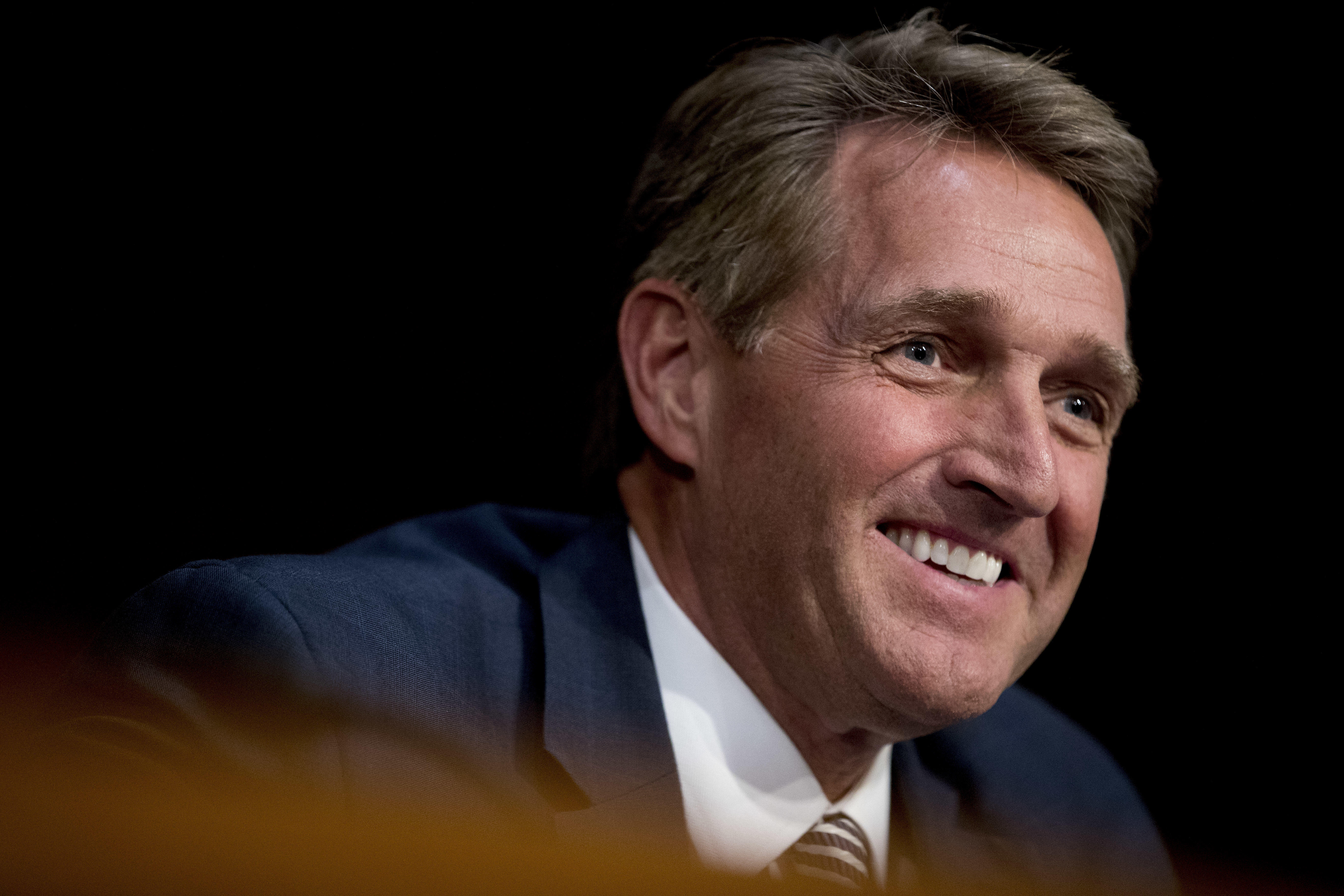 Sen. Jeff Flake, R-Ariz., leveled some of his harshest criticisms of President Trump to date — using a Harvard Law School commencement address Wednesday to say the president is debasing the office and that Congress "is dishonoring itself" by failing to stand up to him.

Flake, the junior senator from Arizona, has spent most of the past two years raising concerns about Trump's policy positions, temperament and fitness for office — drawing the ire of the White House, which used its influence over GOP politics to stoke potential primary opponents and contributed to the senator's decision not to seek re-election this year.

But in his remarks to law school students, Flake also attacks his congressional colleagues in sharper terms. He told students Congress "is failing its constitutional obligations to counteract the power of the president" at a critical moment in the nation's history.

"Our presidency has been debased. By a figure who has a seemingly bottomless appetite for destruction and division. And only a passing familiarity with how the Constitution works," Flake said, according to prepared remarks obtained by CBS News ahead of the speech. "And our Article I branch of government, the Congress (that's me), is utterly supine in the face of the moral vandalism that flows from the White House daily."

Flake added that he didn't think the Marion's Founding Fathers "could have anticipated that the beauty of their invention might someday founder on the rocks of reality television, and that the Congress would be such willing accomplices to this calamity. Our most ardent enemies, doing their worst (and they are doing their worst), couldn't hurt us more than we are hurting ourselves."

But, Flake said, "We may have hit bottom."

He urged the students "to make sure that this degradation of democracy does not continue – to see to it that our current flirtation with lawlessness and authoritarianism does not become a heritable trait to be passed down from this presidency."

Flake is retiring in January after one term in the Senate and six terms in the House. He visited New Hampshire earlier this year to deliver a similar speech at a political breakfast series often headlined by potential presidential candidates. The senator has not ruled out running for president but so far has not taken any steps to formally launch a bid.

Last summer, Flake published a conservative treatise that outlined his specific concerns with Trump's ascension and how he was molding the Republican Party and conservative movement in his own view. The book — a total surprise to close aides and supporters — infuriated Arizona's doggedly conservative GOP activist vase and contributed to Trump's decision to visit Phoenix for a campaign-style rally and openly encourage other candidates to seek Flake's seat.

He surprised colleagues by announcing last fall that he would step down and his seat is now at risk of slipping into Democratic hands. Rep. Kyrsten Sinema, D-Ariz., is poised to face the winner of a three-way GOP primary set for late August. Some private and public polling shows the moderate Democrat from the Phoenix area with a slight edge.