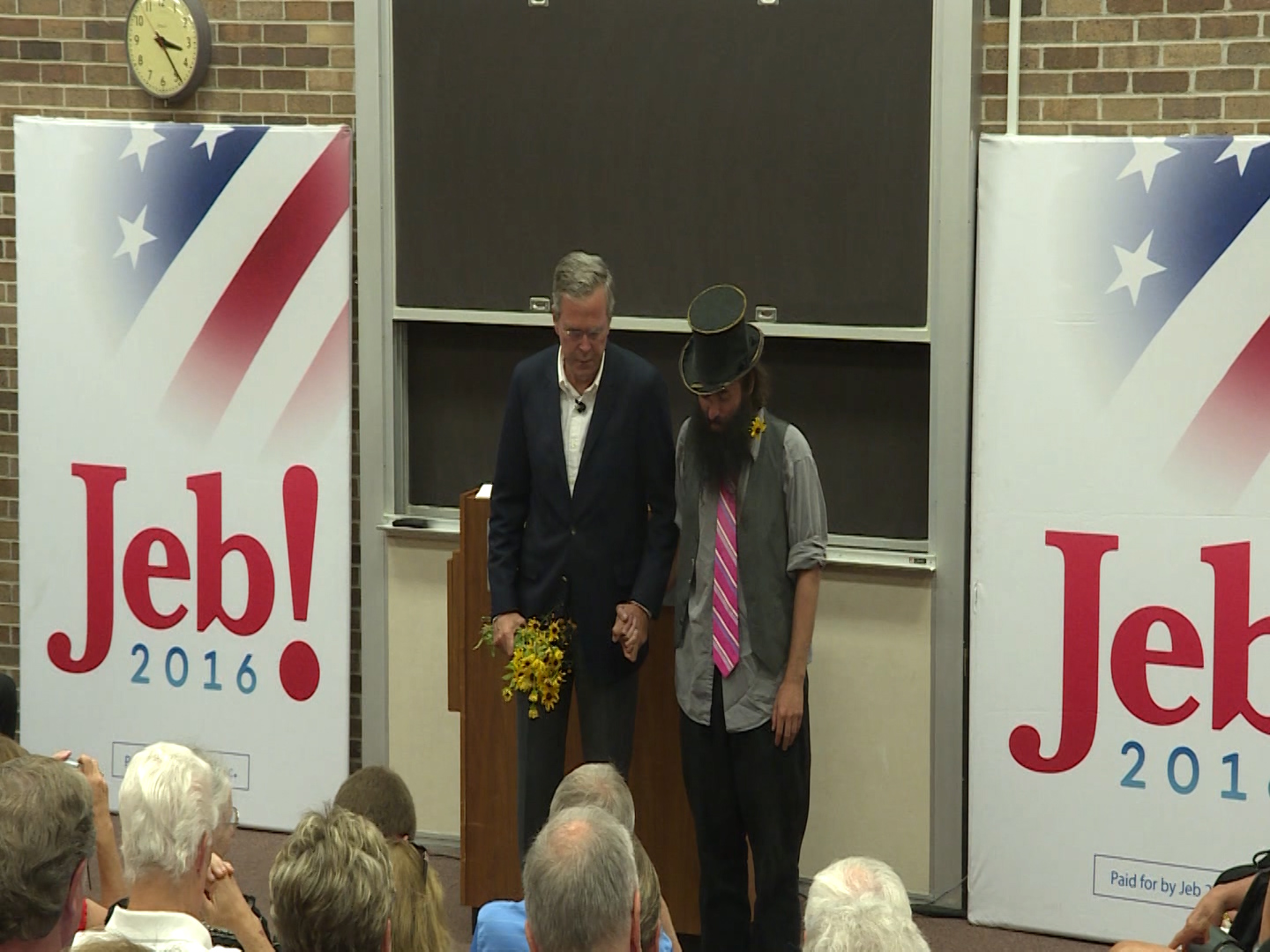 SIOUX CITY, Iowa -- Jeb Bush stood at the center of the Morningside College auditorium in Sioux City Monday, and as he took questions from the room, he spied a familiar audience member sporting a black top hat and flowers nestled into his long dark beard. "Good to see you brother," Bush said to him. The man in the audience, Rod Webber, had seen Bush on the campaign trail New Hampshire last week and had made the trip to Iowa to see him again.

"I want you to do a prayer for peace with me, right here in person. Can you pray with me?" Webber asked Bush.

"Yeah, I can. Sure. Listen, I hope this goes well," Bush replied, as the crowd erupted in laughter.

A few awkward moments ensued as the two men held hands and lowered their heads. Bush was confused about who exactly was going to be saying the prayer. "You are doing it," Webber yelled.

"Dear Lord, we do need a peaceful world. We need American leadership to make sure that there is peace all around the world. I worry about people that are struggling in their lives, and a more peaceful world will allow them to rise up not just in our country, but in the rest of the world as well. We say this - at least, I say this - in the name of my son and my savior, the son of God, Jesus Christ," Bush said, in a serious tone.

"I've got to get to know this guy because we are going to get to know each other well, apparently," Bush said before pivoting back to the question and answer session with the audience.

"He offered 20 prayers last time," the bearded man, Webber, a self-prescribed musician, artist and filmmaker, said to Bush after embracing him in a full-body hug and handing him some yellow flowers to give to his wife, Columba Bush.

After the event Webber, who is not advocating for any candidate or any party, said that he was as happy with Bush's prayer as he could be. Webber, who is from Boston, is traveling the country following several presidential candidates on the campaign trail with his GoPro camera and a message of peace. His next stop is South Carolina.