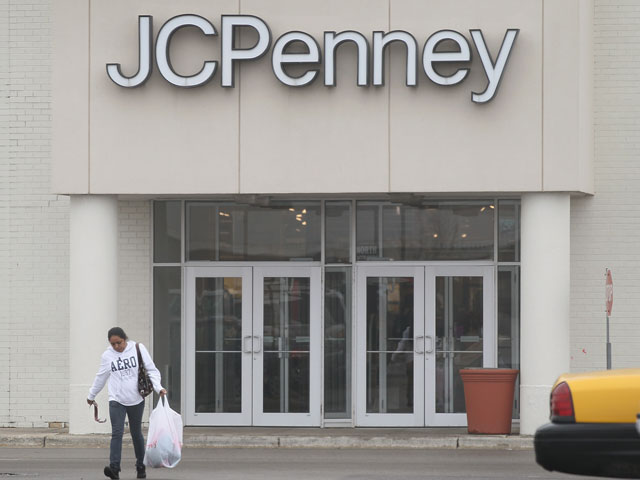 (MoneyWatch) COMMENTARY When Ron Johnson, a Target (TGT) veteran and former head of retail at Apple (AAPL), became CEO of J.C. Penney (JCP), Wall Street assumed that there was enough of Apple's magic dust left in his pockets to remake the old line retailer. And at the end of the company's recent quarterly earnings announcement, when news was far worse than anyone expected, calm and confident talk by Johnson helped the stock rebound after investors' initial reaction and a price drop.

But it will take more than soothing words for Penney to regain its footing. There are huge strategic problems that face the company. The question is whether Johnson's redirection and merchandising plans can overcome basic issues of merchandising and consumer perception of the Penney brand.

Penney, the old time retailer, had suffered a downturn in fortune over the years. This is easiest to see by comparing two sets of data. One is Penney's stock price since 1982, as the Yahoo Finance stock chart below shows:

The other is the U.S. gross national product between 1980 and the present, as presented by the federal government:

Penney seemed to parallel national economic growth until 2000. A recession for the country became a rout for the company. It regained strength with the general economic hyperventilation of the mid-2000s, but when the great global financial reversal washed over the land like a vindictive wave, Penney again tumbled and then tripped time and again.

The drive for change

Starting in 2011, Penney's board and management team showed how much it saw the need to change. The famous catalog would be shut down. There was a new logo, store closings, digital kiosks, changes in management. The biggest one was the hiring of Johnson from Apple.

With all the inclination of Apple and the press to ascribe to Steve Jobs credit for all things successful, there was never any doubt in the retail industry that Johnson had proven his genius. Some experts had shown disdain early on for Apple stores, especially as Gateway's chain of stores were failing. They were wrong. Johnson's merchandising and operational insights, combined with the driving popularity of Apple's new consumer-oriented products such as the iMac and the iPod resulted in the most successful retail venture ever. By the industry's standard metric of sales per square foot, Apple stores outstripped any other venture, including the most upscale department and jewelry stores.

Johnson immediately began a new series of initiatives at Penney. There would be "everyday low prices" rather than the crippling series of one sale after another followed by still another. Price-based competition could only undermine profits. Years of it had taught customers that the only reason to shop at the chain was the regular sales. Why buy at any other time?

In addition, he wants to replace traditional check-out lines with mobile- and self-checkout. Penney is replacing its custom IT applications with third party software. It wants to open store-within-store brand destinations and transform the centers of its stores into square-like areas with events to attract shoppers.

And yet, its last quarter's sales were the lowest for the chain since 1989, according to Bloomberg. The stock began to slide until Johnson insisted during the earnings call that the reinvention of the company was "on track."

Changing a company's direction is a long process, and Johnson, believing it is possible, is right in maintaining the course. But can his course work? It is unclear. The essential problem is that Penney has no particular unique advantage or offering that can support the merchandising flourishes. Apple had its own products as well as support. Even when other retailers picked up its consumer electronics successes, it had the latest goods, the stock and product service.

The store-within-store concept is hardly new. Target, where Johnson spent time before Apple, has been a pioneer in commissioning lines of designer goods. Barnes & Noble had Starbucks-branded cafes. There have been branded office goods in supermarkets and flowers in wholesale discounters. Department stores have had variations on the concept for decades if you count dedicated cosmetics counters.

J.C. Penney does not have unique goods that cannot be found elsewhere. Target and Walmart have perfected discounting. With all the new directions that Johnson wants to bring to Penney, he must still find something fundamental that consumers will see as a reason in itself to visit the stores. By this time next year, encouraging statements alone will not be enough to rally investors. They will want numbers, not letters.

You've heard of the metaverse. Here's what it looks like.